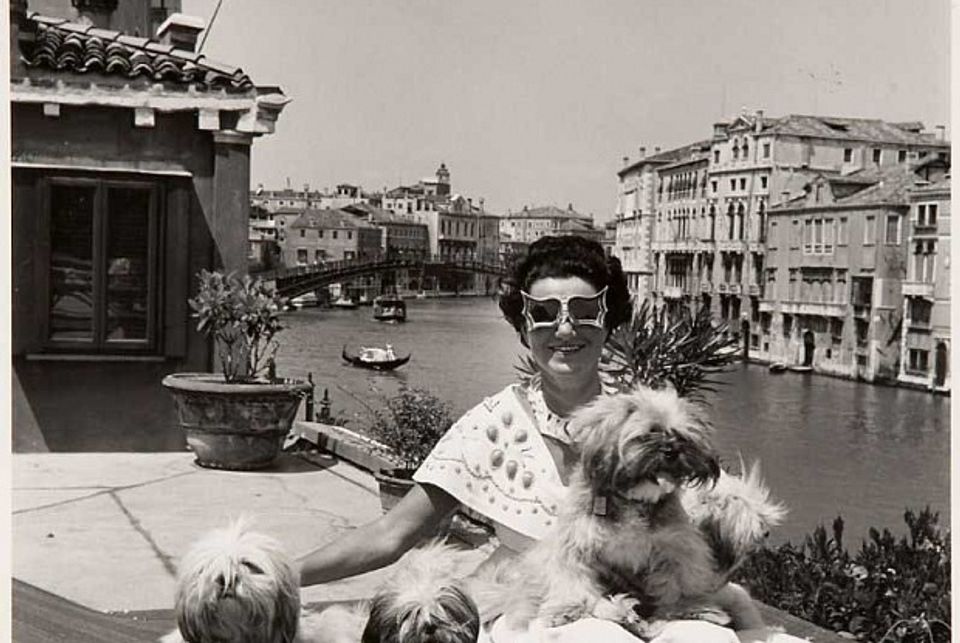 France’s highest court has dismissed an appeal by French descendants of Peggy Guggenheim who sued the Solomon R. Guggenheim Foundation in 2014, alleging that it had failed to respect the late collector’s wishes in its management of the Venetian palace and the Modern art collection it contains, which she donated to the US organisation.

The ruling, issued on 7 March by the Cour de Cassation, ends the long-running dispute between Sandro Rumney, the son of Peggy Guggenheim’s daughter, Pegeen Vail, and his family, and the Guggenheim foundation in New York.

The Rumneys first sued the Solomon R. Guggenheim Foundation in France in 1992. That case was dismissed but before the family’s appeal could be heard, the US foundation reached an agreement with them in December 1996.

In 2014, the family sued again, alleging that the US foundation had disrespected Peggy Guggenheim’s wishes by accepting the gift of 83 post-war and contemporary works bequeathed by the collectors Rudolph and Hannelore Schulhof and displaying these in Peggy Guggenheim’s Venetian palace. Works collected by Peggy were placed in storage to make way for a four-month exhibition of the Schulhof bequest in 2013.

In its judgment on 7 March, the Cour de Cassation found that the 1996 agreement between the Rumneys and the Solomon R. Guggenheim Foundation “imposed no constraint on the number or the duration of the displays of other collections, nor did it require a constant presentation of all the works” in Peggy Guggenheim’s collection. The plaintiffs “did not establish” that the display of the collections donated by Schulhof and others “damaged the reputation” of Peggy Guggenheim's own collection and they did not represent the “failure” of the US foundation to fulfil its obligations, the judgment says.

The plaintiffs also accused the Solomon R. Guggenheim Foundation of desecrating Peggy Guggenheim’s burial site. Her ashes were laid to rest in the gardens of her Venetian palace alongside those of her beloved dogs. The plaintiffs argued that the foundation has disrespected the site by displaying works donated by Patsy and Raymond Nasher nearby and “profaned” her final resting place by renting out the garden for private events, such as cocktail parties.

The Cour de Cassation disagreed. It ruled that under Italian criminal law, which is applicable in this instance, the foundation’s management of Peggy’s burial site had not undermined “the memory of the deceased person” and that events held in the garden did not constitute “profanation”.

The court ordered the Rumneys to pay the Solomon R. Guggenheim Foundation €3,000.

In a statement issued after the ruling, the Solomon R. Guggenheim Foundation said: "We gratefully acknowledge the decision handed down today in [our] favour by the Cour de Cassation…in the lawsuit brought by Sandro Rumney and his three sons, descendants of Peggy Guggenheim."

"Consistent with the decisions of the French courts in 1994, 2014 and 2015, the court rejected as baseless the Rumneys’ allegations against the Foundation. We are pleased that these meritless lawsuits and appeals have now come to an end."

"The Foundation is proud to have faithfully carried out the wishes of Peggy Guggenheim for close to 40 years by preserving her collection and exhibiting it in the Palazzo Venier dei Leoni, restoring and maintaining the Palazzo as a public museum and contributing to the knowledge of modern and contemporary art in Italy. The Peggy Guggenheim Collection today is the most-visited museum of Modern art in Italy and is the second most-visited museum in Venice, exceeded only by the Doge’s Palace. Peggy Guggenheim’s legacy and public respect for her as a great collector and influence on 20th-century art have never been stronger."

In a statement to The Art Newspaper after the decision, Sandro Rumney and his sons, Sindbad, Lancelot and Santiago, commented: "As you know, the Court of Cassation rules on the form and not on the merits."

(The Cour of Cassation considers whether lower courts have correctly applied the law to a case; lower courts which considered the substance of the Rumney’s case rejected it.)

The statement continues: "We insisted that the central question at the heart of this whole process should be taken into account. It was first and foremost about recognising Peggy Guggenheim's collection as an 'oeuvre de l'esprit' [an intellectual work in its own right]."

"As an 'oeuvre de l'esprit', the collection could have been protected in its integrity as desired by Peggy who, in her wishes, stipulated that her collection should be presented under her name, and in the presentation she had wanted give it, 'without addition or withdrawal'. This is no longer the case today where pieces from outside his collection have been added, and only part of the collection is now shown."

"Unfortunately our main request has not been taken into account, and everything remains to be done."

"We are pleased, however, that our cousin Karole P.B. Vail was appointed as the collection's director a few months ago and we are confident that she will be keen to preserve the exceptional artistic and intellectual heritage of our grandmother and great-grandmother."