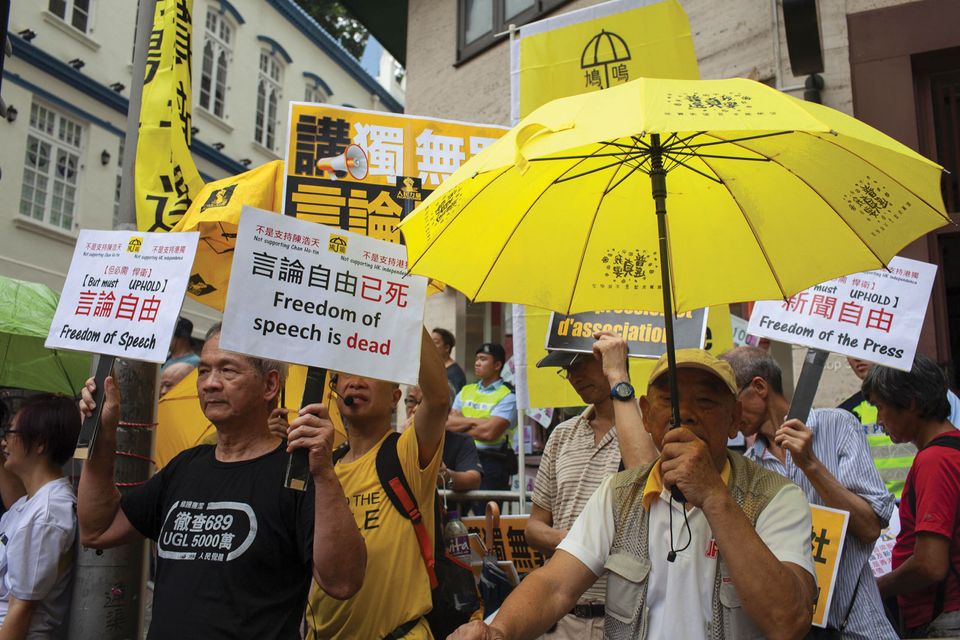 Fears are growing over Hong Kong’s artistic freedom, including instances of self-censorship, as China rolls out its Greater Bay Area integration scheme. The controversial plan aims to merge Hong Kong and Macau—its fellow Special Administrative Region (SAR)—with nine nearby cities on the mainland into a mega-hub, encompassing around 68 million people with a shared GDP of US$1.39 trillion.

China’s government considers regional mega-cities as the next step in urban development, with the cities of Beijing and Tianjin and Hebei Province in northern China on their way to becoming similarly lumped together. Concurrently, Hongkongers nervously note how local newspapers increasingly refer to Hong Kong as a city rather than a SAR, and mainland-style censorship is on the rise.

Hong Kong’s chief executive Carrie Lam has asserted that the integration scheme “will not, like some people appear to fear, interfere with the implementation of ‘one country, two systems’,”— the arrangement that allows Hong Kong to have its own laws and expires in 2047—and it “will not result in Hong Kong being ‘mainlandised’.”

Others see the scheme as an unnerving development. “It is an undeniable fact that Hong Kong is undergoing rapid ‘mainlandification’. There is an influx of red capital, mainland tourists and immigrants to Hong Kong,” says Ko Siu Lan, a mainland-born, Hong Kong-raised artist now living in Hong Kong and Canada. Ko debuts an interactive performance at Art Central (until 31 March) using prayer wheels to question whether Hong Kong is or is not China.

“Through Hong Kong authorities, the Chinese government is also extending its influence in the education, legal and cultural system,” such as Mandarin-language and patriotic education, Ko says. In January, a draft law was introduced by Hong Kong’s Legislative Council that criminalises “insulting” the Chinese national anthem. “Sadly, each time I return to Hong Kong, I can feel it is tipping more and more over to becoming a Chinese city,” Ko says

Hong Kong still operates beyond the constraints of China’s “Great Firewall”, which blocks many Western (and Taiwanese) social media platforms, news outlets and search engines. Internet users’ evasion tactics via VPN are the subject of a work called Hardcore Digital Detox by the New York- and Shanghai-based Chinese artist Miao Ying, which was commissioned by the hotly awaited Hong Kong museum M+. 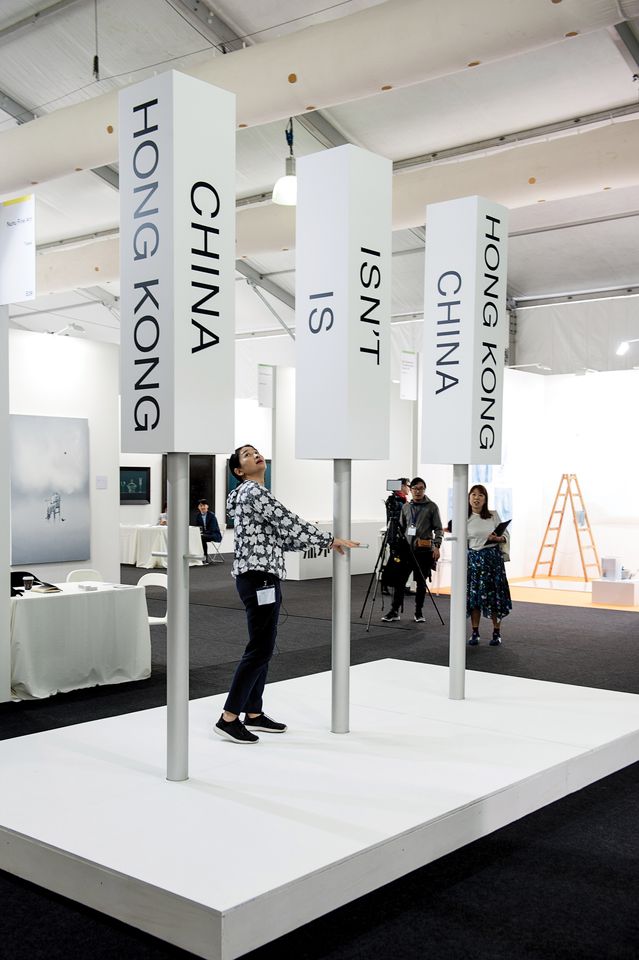 However, if Hong Kong becomes one more city in the new integration scheme, M+ may face a dire future, according to the imaginations of Young-Hae Chang Heavy Industries. The Seoul-based digital duo unveiled a new video at M+ in August 2018 that, according to several attendees, pictured the museum transformed into the Pearl River People’s Museum, with political works being destroyed.

Artistic censorship in Hong Kong is still light and episodic by mainland standards, but it is becoming more frequent. Since Hong Kong’s pro-democracy Umbrella Movement was dispersed in 2014, and five members of the mainland-critical publishers Mighty Current Media disappeared in 2015, the attacks on freedom of expression in the SAR have continued to intensify. In 2016, the ICC tower, which frequently doubles as a giant screen for video art, removed the work Countdown Machine by the local artists Sampson Wong and Jason Lam, which ticked off the seconds until the scheduled expiration of the SAR’s Basic Law that established the “one country, two systems” policy. Last October, the Financial Times correspondent Victor Mallet’s visa was not renewed after he moderated a talk with the pro-independence activist Andy Chan Ho-tin.

Planned as part of Hong Kong’s Free Expression week, an exhibition by the Chinese-Australian political cartoonist Badiucao was cancelled in November, followed a week later by the case most chilling to Hong Kong’s art scene. Tai Kwun made an abrupt U-turn on hosting two talks by the France-based Chinese novelist Ma Jian, whose books depict some of the mainland’s uglier histories. Tai Kwun’s parent entity, the Hong Kong Jockey Club, responded to the outpouring of public condemnation by quickly reinstating the talks, without further incident. Tai Kwun has since staged some fairly political shows, perhaps acting on the principle that controversy is worse than politics, but the reputational damage was done.

“It is usually the art organisation and spaces exhibiting the works that engage in censorship or self-censorship,” Ko says, describing the Ma Jian incident as “very disturbing”. Ko says: “A prominent art space demonstrated in a self-censoring process that it will not associate itself with artists or content of a sensitive political nature.”

Cosmin Costinas, the executive director of Para Site, says that “almost all” of the recent cases of censorship in Hong Kong relate to private entities who want to maintain their business ties with China. “It almost never comes from the Hong Kong government.” Around a quarter of Para Site’s funding comes from the government, without any restrictions imposed on content, Costinas says.

Meanwhile, Hong Kong’s artists are hitting back through their work. Spaces such as Tai Kwun, Para Site and the Hong Kong Arts Centre frequently delve into the shifting definition of “Hong Kong-ness”, with artists including Kwan Sheung Chi tackling the fears head on.

“It is quite a grim picture,” Ko says, “but I do believe that the core of Hong Kong still remains and will remain in the future. The city itself might undergo further ‘mainlandification’, but the Hongkongers will still be Hongkongers, whether or not they live there.”