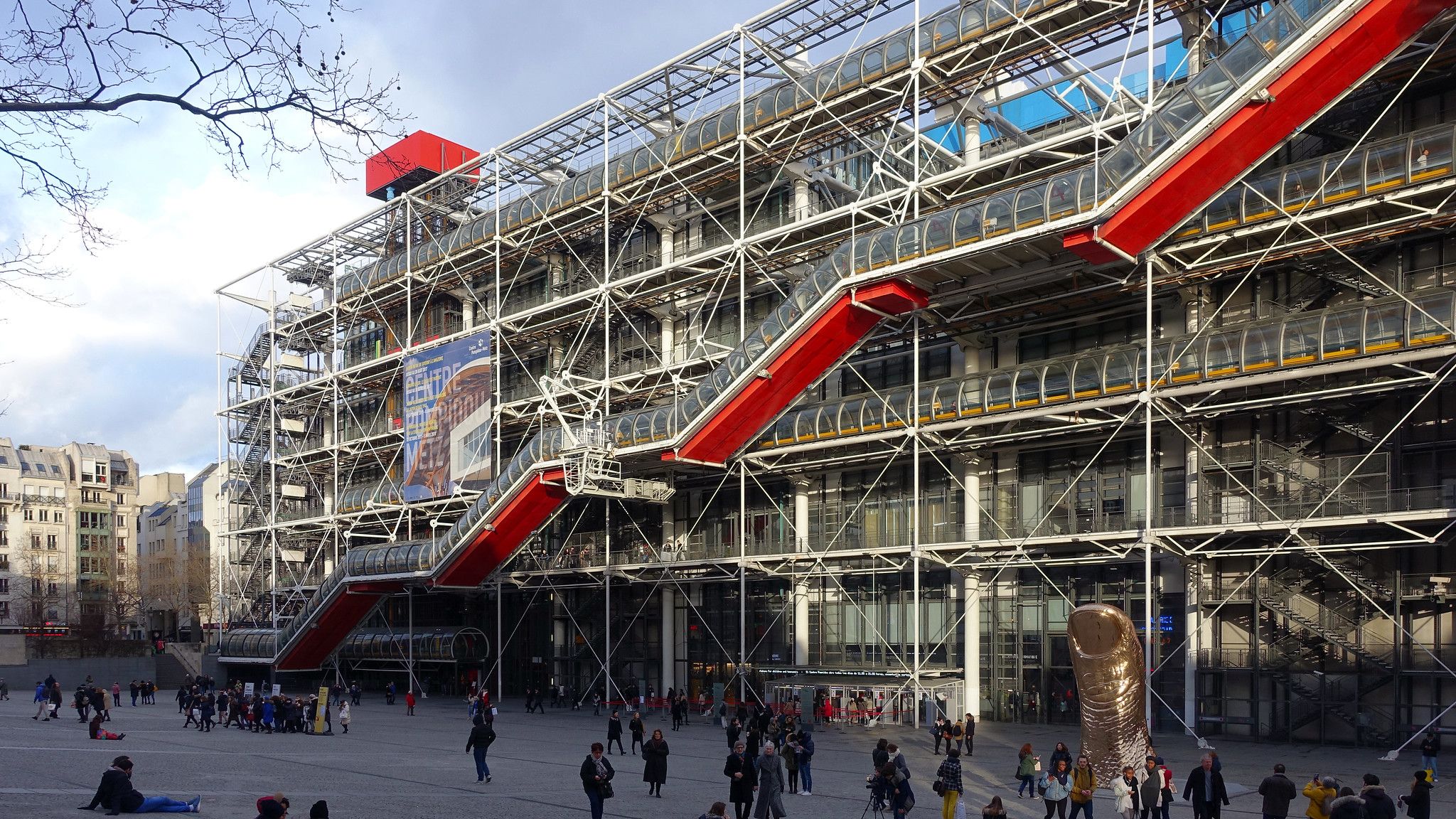 The Centre Pompidou in Paris could close for up to three years for essential maintenance work to be carried out on the famous 1970s building. The plan is one of two options under consideration by the French government who will decide how to proceed with the multi-million euro refurbishment.

Speaking to the French newspaper Le Figaro, the centre's president, Serge Lasvignes, addresses reports that the gallery will close for renovations in 2023. He says: “No substantial work has been done on the building since it opened in 1977. There are two hypotheses: either we do [the refurbishment] by closing it completely and it will last three years. [Or] we stay open and it will last seven years. But this poses additional problems, including that of asbestos removal.”

A spokesman for the Centre Pompidou confirmed that two plans have been proposed including “a total closure in 2023 for three years to accomplish all the work that needs to be done. This would imply [organising] a programme of exhibitions outside of our walls.”

He added that the option of a seven-year renovation would allow the centre to remain partially open. “As of today, both hypotheses are being reviewed by the government which should decide which way to go in the months to come. Being a national museum, such an important renovation campaign has to be decided at state level along with the budget.” The cost might be around €200m, Lasvignes says.

Refurbishment of the gallery has already begun with the overhaul of the celebrated mechanical staircase on the facade and a proposed new entrance area with increased capacity. “These renovations started last summer (2019) and should be completed by summer 2021,” the spokesman says.

Lasvignes also reveals that the centre has lost around €20m this year due to the Covid-19 crisis. “We managed to save €8m largely by postponing projects. We haven't cancelled anything. We have rescheduled our pre-crisis programme, postponing for instance the Matisse, comme un roman exhibition (21 October-22 February 2021),” he says. Extra funding from the government—€9m to replace any shortfall and a €3m stimulus package—was a “happy surprise”, says the Pompidou chief.

In the interview in Le Figaro, Lasvignes also discusses the issues around set routes for visitors in the wake of the pandemic. “When we reopened in July, the curators organised mini-tours around popular works loved by the public. This type of encounter [with art] is the future... The future must be less commercial, more emotional.”

Meanwhile, the Centre Pompidou's storerooms will transfer to the institution’s new satellite venue in southern Paris in late 2025, he adds. Most of the 120,000-strong holdings held by the Musée national d’art moderne, housed at the Centre Pompidou, will move to the new hub at Massy (Essonne) in the Ile-de-France area.

about 7 hours ago
Queen’s birthday honours: sculptor Phyllida Barlow is made a Dame with awards also for gallerist Sadie Coles and artist Veronica Ryan