Belgian art world outraged after curator Kasia Redzisz, who won a vote to be appointed director of Brussels outpost, will have to share the job with current director in Paris, Bernard Blistène 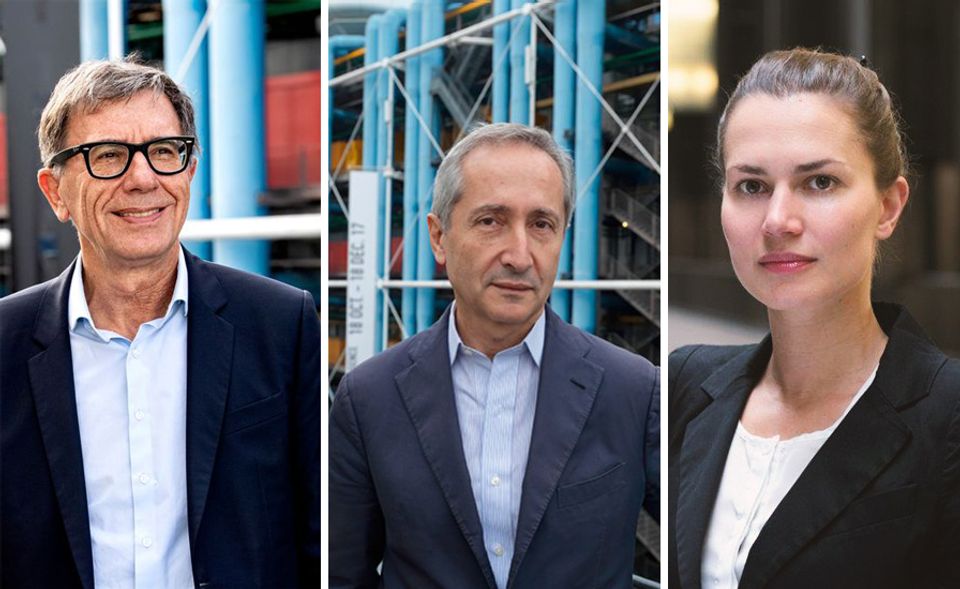 The Centre Pompidou empire is in flux. Serge Lasvignes, the centre’s president, steps down on 28 June. His contract was renewed last year but, at the age of 67, he is required to retire under French civil service rules. Lasvignes, a former high ranking civil servant, was appointed in 2015.

Blistène takes up his new post alongside Kasia Redzisz, currently a senior curator at Tate Liverpool, later this year. But the move has angered art world professionals, who have signed an open letter criticising the appointment as Redzisz received six votes against Blistène’s four from the international jury which made the decision. The letter alleges that Kanal's board of directors overruled their decision.

The letter states: “Internationally renowned and appreciated Kasia Redzisz has been selected by the jury for this job. She is a competent and experienced woman and there is not the slightest doubt that she would not be perfectly capable of doing this job ON HER OWN.” The signatories add: “We call out the Board of Kanal. We ask them to cancel this decision, to follow the judgment of the jury, and to appoint Kasia Redzisz as the sole artistic director. Time is up for boys playing dirty power games at the expense of women's professional careers.”

The Centre Pompidou had not responded to a request for comment at the time of writing. “More than 30 applications, both Belgian and international, were received and carefully analysed,” says an online Centre Pompidou statement. The Kanal-Centre Pompidou will “open its doors before the summer of 2024”, says the website.

Meanwhile, in an interview in the French newspaper Le Monde, Lasvignes discusses his strategies over the past six years, elaborating on the centre’s ambitious expansion plans overseas. The Pompidou has sites in Brussels; Metz, France; Shanghai; and Malaga, Spain; Lasvignes was also “on the point of signing” an agreement to launch a satellite branch in South Korea early last year when the coronavirus lockdown was enforced globally.

The pandemic changed how the satellite branches are run, he explains. “[The lockdown] revealed the limits of development based on international tourism: local audiences should be more encouraged to come,” he says, referring to the development of the Malaga space.

“In Shanghai (Centre Pompidou x West Bund Museum Project), we are also making progress: we have moved from diplomatic relations to working relations. There too, the [pandemic] had positive effects: the Kandinsky exhibition, they [Chinese authorities] mounted it on their own,” he adds.

He also throws light on the new outpost planned for Jersey City which is due to open in early 2024 and serve as a “multidisciplinary art laboratory” for cultural and educational programming in the area. The project, the institution’s first collaboration on a new site in North America, was recently announced by the New Jersey mayor, Steven M. Fulop, and the governor of the state, Phil Murphy.

Asked why local museums such as New York's Museum of Modern Art did not partner with Jersey City authorities, Lasvignes tells Le Monde: “I believe that it is not their policy to ally themselves in partnerships on their territory. From Jersey City's point of view, there may also be a form of originality in presenting the Centre Pompidou "brand", not to mention that in the field of multidisciplinary action, we still have a certain reputation... It is a co-construction [project]. They are not clients, they are partners.”

During his tenure, Lasvignes also pressed ahead with ambitious plans to create a fabrique de l’art (art factory) in Massy in the Ile-de-France area of Paris. The new venue “will be both a centre of excellence for the conservation and restoration of the works in the collection, and a new cultural and creative venue deeply rooted in its territory”, according to a museum statement.

“The reserves that we want to set up in Massy [Essonne] are also in operation as part of a public-private partnership, with two-thirds of the funding provided by local authorities. Above all, this work will allow us to experiment, with new forms relationships with new audiences, including universities, around the Saclay plateau [region], but also in unexpected places,” he says.

The Centre Pompidou in Paris will close, however, for four years from the end of 2023 for essential maintenance work. The plan is for France’s national museum for Modern and contemporary art, designed by Richard Rogers and Renzo Piano and inaugurated in 1977, to reopen in time for its 50th anniversary in 2027.

Asked about his successor, Lasvignes says that “she or he will do whatever he wants, but there are two crucial things: prepare what the Centre Pompidou will be like in 2027 and keep it alive during the [renovation] works. I imagine major operations to decentralise the collection, operations abroad, activities in national museums. I’ve drawn up with Bernard Blistène a major exhibition at the Palace of Versailles on the representations of power.” Lasvignes’ successor will shortly be appointed by President Macron, a Centre Pompidou spokesman says.