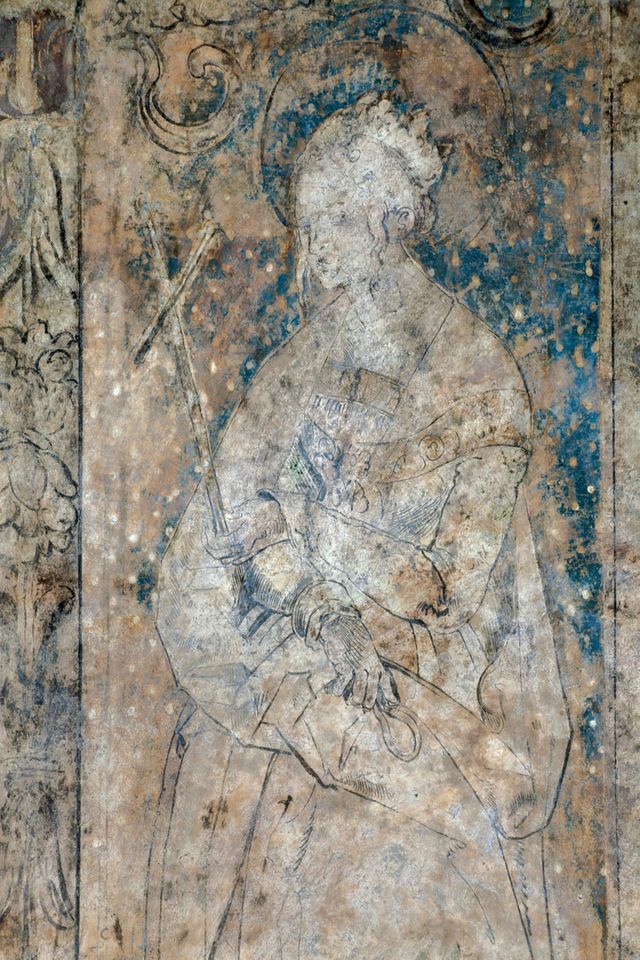 Disguised by centuries of accumulated dirt, a wall above the souvenir shop in St Stephen’s Cathedral in Vienna has just been found to have a painting with an unusually fine underdrawing. Specialists believe the drawing is by Albrecht Dürer. If so, it means that the Renaissance master of Nuremberg paid an unrecorded visit to Vienna.

The wall painting has been discovered in the enclosed porch of the bishop’s portal, a cramped area on the side of the cathedral that now serves as the shop. It was drawn on fresh plaster, probably in around 1505, a date which ties in with the construction of the porch and the style of the art.

This unusual work is in the form of a two-dimensional representation of a triptych altarpiece. There are underdrawings for the figures of St Catherine on the left “wing” and St Margaret on the right. In the centre is St Leopold, one of Austria’s patron saints, and below the three saints is a predella-type image.

St Leopold and the predella may date from the 1510s and seem to have been executed by other hands. This slightly later coloured paint is now much clearer than the sections with black underdrawing.

It remains a mystery why the highly skilled master who made the underdrawing did not finish the rest of the work. One theory is that the original artist simply could not spare the time. Maximilian I, the Holy Roman Emperor (and son of Frederick III), was then based in Austria and could even have played a role in the commission, since Dürer is known to have done major work for him a few years later, from around 1512.

What is exciting is that specialists now believe the underdrawing of St Catherine and St Margaret may well have been executed by Dürer himself. Erwin Pokorny, a Viennese specialist on the artist, tells The Art Newspaper that he believes “none of Dürer’s assistants or followers were able to reach the quality of the underdrawing’s virtuoso brushstrokes”.

A private meeting to discuss the wall painting was held at the cathedral archive on 15 November. Bernd Euler-Rolle, the director of Austria’s Federal Monuments Office, argued that “the quality of the underdrawing is reminiscent of Dürer”. A cathedral statement says the two female saints are “undoubtedly by an artist from the circle of Dürer”. So the only disagreement is whether it was painted by the master himself or his workshop.

Until now it has been thought that Dürer made only one set of wall paintings. This was a massive decoration for the great hall of Nuremberg town hall, designed by him in 1521, but then carried out by assistants. It was painted over in 1630 and all traces of his work were destroyed by bombing in 1945. 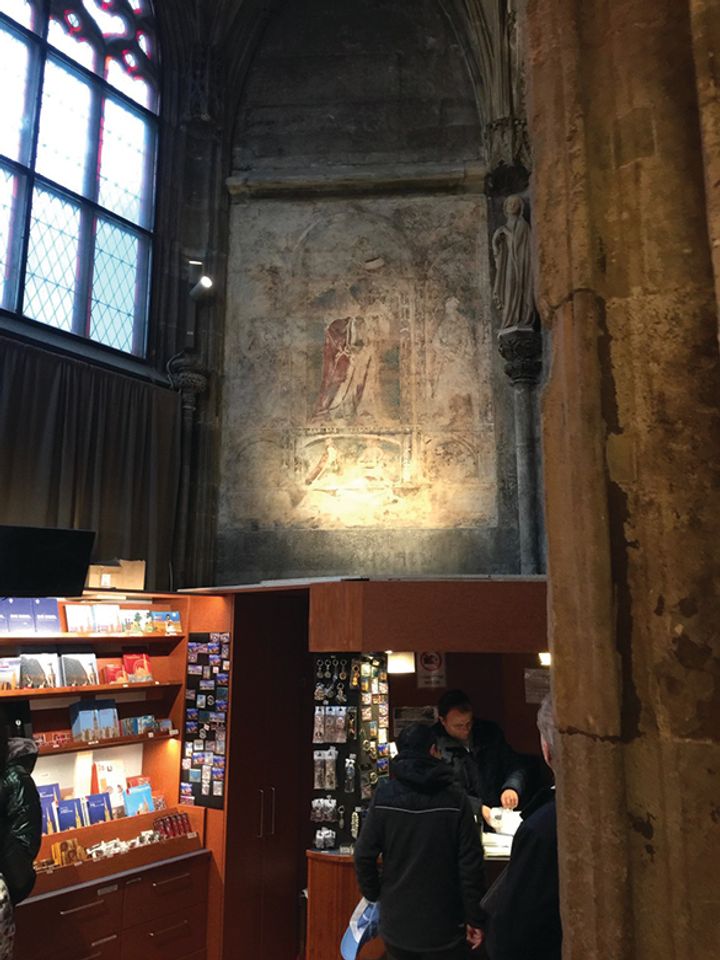 The wall painting, a two-dimensional representation of a triptych altarpiece, was discovered above the shop in St Stephen’s Cathedral © Pedro Szekely

Pokorny says he initially assumed the St Stephen’s underdrawing was the work of one of Dürer’s assistants, since there is no record of the master ever visiting Vienna. But following his research over the past few weeks he is now “certain” it is by Dürer himself.

One theory is that Dürer stopped on his way from Nuremberg to Venice in 1505. The British Museum has an inscribed drawing of a woman from Windisch, an area in Carinthia, in southern Austria, from where he could have travelled on a journey from Vienna to Venice. A possible reason for visiting Vienna could have been his friendship with Conrad Celtis, a humanist scholar, who lived there from 1497 until his death in 1508. Celtis is probably depicted in Dürer’s 1508 painting of The Martyrdom of the Ten Thousand (in the Kunsthistorisches Museum) as a figure standing next to the artist.

Pokorny now feels “the question is not whether but when Dürer was in Vienna”. In 2021 the National Gallery in London is due to hold an exhibition, Dürer’s Journeys: Travels of a Renaissance Artist (13 February-16 May), and it will be interesting to see how it deals with a possible visit to Vienna. If Dürer indeed visited the city, then the important questions are whether he was influenced by the art of Vienna, and what influence he had on Viennese artists.

Meanwhile, research on the St Stephen’s wall painting continues. The results are due to be published later this year in the journal Österreichische Zeitschrift für Kunst und Denkmalpflege (Austrian magazine for art and historic preservation). The cathedral authorities will also be considering whether it is possible to move the shop in order to give proper attention and respect to the Dürer discovery.