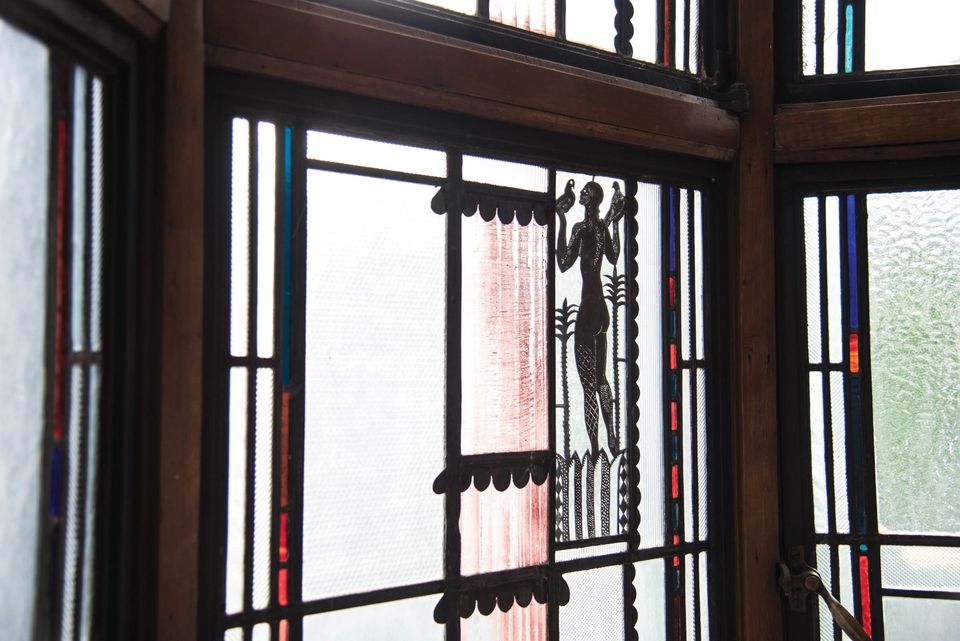 With their striking wealth of detail—stained-glass windows with frolicking animals, wood incised with geometric patterns, classical bas-reliefs, brick studded with tile—Edgar Miller’s riotously decorated artists’ studios in Chicago have earned comparisons with landmarks such as Simon Rodia’s Watts Towers in south Los Angeles or Antoni Gaudí’s Sagrada Familia church in Barcelona. Yet Miller (1899-1993) has been largely overlooked in US architectural history. A likely reason is the designer and master craftsman’s refusal to be confined to one style: his work shows influences ranging from ancient, Medieval and Renaissance art to the indigenous, Expressionist, Modernist and Art Deco movements.

Now, however, architects, home design enthusiasts and non-profit organisations in Chicago are embracing Miller’s work, which includes murals, sculptures and wallpaper as well as large-scale projects such as his hand-crafted Frank Fisher Apartments complex. This autumn, the Terra Foundation for American Art is underwriting a series of lectures on Miller at the city’s DePaul Art Museum. Organised by the non-profit Edgar Miller Legacy, which preserves and promotes the designer’s work, the lectures are part of Art Design Chicago, a year-long effort that celebrates the city as a crossroads of creativity.

The National Public Housing Museum, which is converting the former Jane Addams Homes housing project into its new home, is raising money to refurbish the large-scale sandstone Animal Court sculptures, now pockmarked, that Miller designed for the project in 1938. “They’ve deteriorated over the years,” says Lisa Lee, the museum’s director.

The Edgar Miller Legacy is offering sold-out monthly tours of the R.W. Glasner Studio, which Miller created between 1928 and 1932 in collaboration with the artist and developer Sol Kogen and then remodelled in 1946. Their partnership in the 1920s and 1930s resulted in the creation of Carl Street Studios and the Kogen-Miller Studios, of which the Glasner Studio is a part. (The Glasner was restored from 2003 to 2007.)

Efforts are also under way to recruit craftsmen with the expertise to preserve Miller’s fantastical assemblages of wood, metal, glass, brick, tile and plaster. 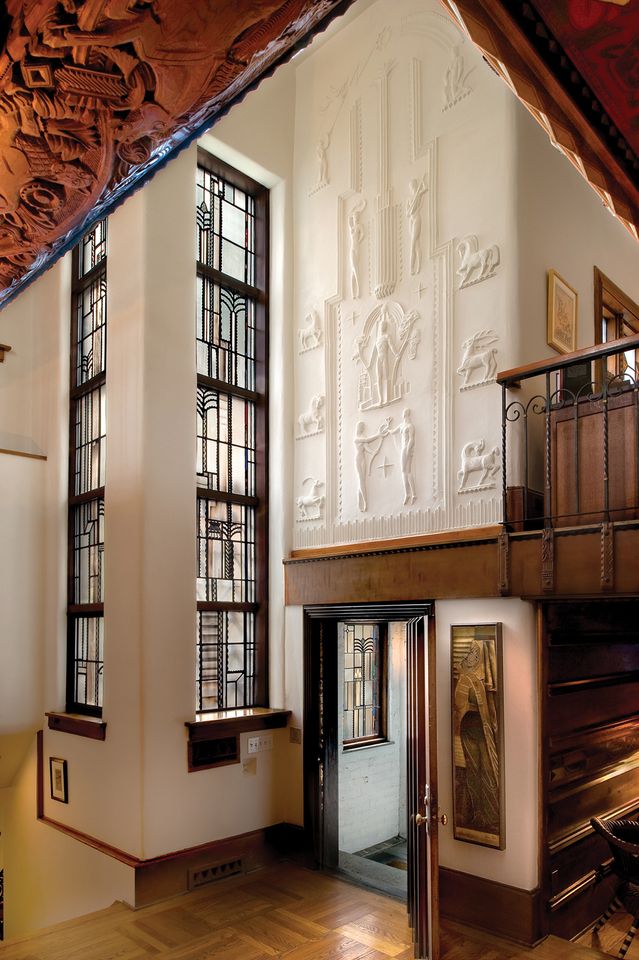 Kogen and Miller visited demolition sites, departing with tiles and other detritus that Miller could incorporate in his spaces. When the World’s Fair in Chicago ended in 1934, says Zac Bleicher, the executive director of the Edgar Miller Legacy, Miller and Kogen scooped up brick, metal, industrial glass and even the marble dividers between urinals and then stashed them in their workshop.

Some have cast Miller as a counterpoint to 20th-century Modernism and an anomaly in Chicago’s architectural legacy. But to Bleicher, Miller fits solidly into the city’s vernacular architectural tradition. “It’s not really stuff you see in the Loop or in the major skyscrapers or buildings of Chicago,” he says. “It’s what you see as you walk down a neighbourhood street and notice a building that’s really kind of funky and artistic—definitely in Old Town or Lincoln Park” (neighbourhoods that came to be populated by artists).

“In a way, it’s a fusion of Arts and Crafts style with Modernism,” he says. “And that only occurred in the 1920s and 1930s.” Subsequent generations of home architects, renovators and “artistic-reuse people” have drawn inspiration from Miller’s designs and use of scavenged materials, Bleicher says.

Bob Horn, the artisan who led the meticulous restoration of the Glasner Studio, once said that the most difficult aspect of restoring Miller’s homes “is that it’s like learning to copy someone’s handwriting”, Bleicher recalls. Often, a piece of carved wood “would be so rotted out that a partial re-creation would be necessary, so this wasn’t just about applying a new coat of paint or varnish”, he says. “Horn would also talk about having to remove your ego from the project and completely dedicate yourself to Edgar’s vision.”

Today, Miller stands as a “Renaissance man” who “inspires any creative person to go beyond where they’re currently at”, Bleicher says. “It’s like, wow, this guy did all this stuff and maybe I should try to do a little more.”