The generation of artists born in the 1980s are increasingly claiming a place in the Chinese art world, garnering recognition for their more international bent, digital engagement and diversity of styles. But like the previous generation, they are predominantly male. Only a small, but significant, core of China’s rising stars are women. They include Lu Yang, whose video Wrathful King Kong Core featured in the China Pavilion at the 2015 Venice Biennale. Her contemporaries include the installation artists Guan Xiao, Miao Ying, Geng Yini and Ye Funa.

The Shanghai-based artist Bi Rongrong, who was born in 1982, is another rising star. She says: “I don’t see many other problems for women artists, just that there are so few of us. At our Songjiang studio complex, of 50 artists maybe five or less are women.” Bi, a professor at the Shanghai Institute of Visual of Art, says that at least half, and often the most talented, of her art students are women, but their ranks thin quickly after graduation. 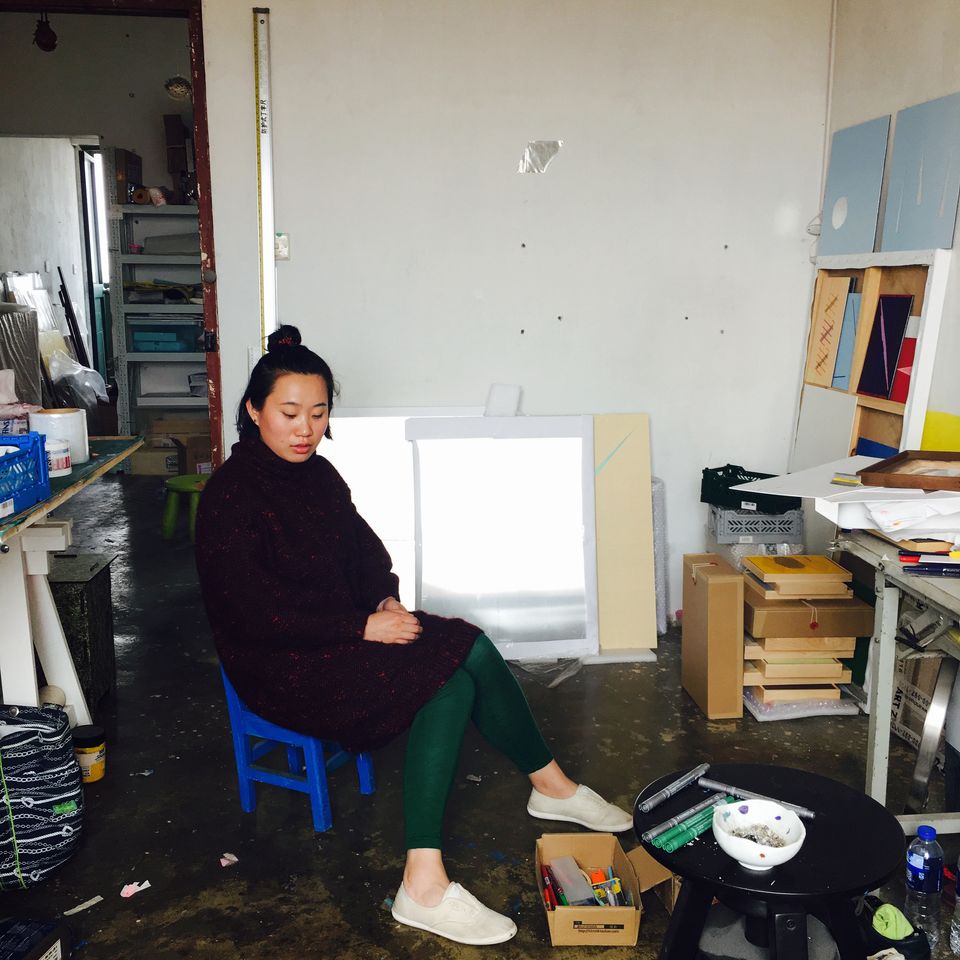 “Still very few 80s-born women artists succeed,” says the Shanghainese artist Zhang Ruyi, who was born in 1985. “The number is more than that of the past overall, but still there are relatively few, especially compared with the number of male artists.”

If women represent around 10% of China’s successful 1980s-born artists, even that low proportion is rarely reflected in group exhibitions. China has many respected female curators but the academic and institutional heavy weights are overwhelmingly male, as are the artists—often friends and regular collaborators—they select. The artist Cai Guo-Qiang has organised What About the Art? in Doha for the Qatar Museums Authority (until 16 July). He chose one female artist, Jennifer Wen Ma, and 14 male ones for the show of contemporary Chinese art, telling the New York Times that female Chinese artists lack “methodology”. 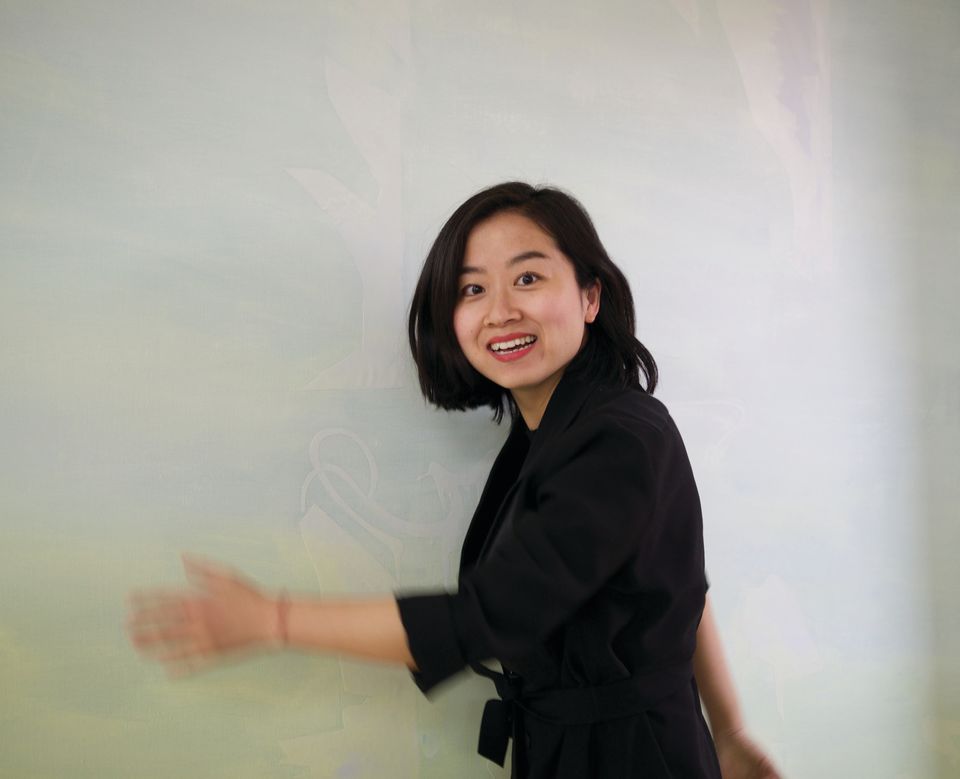 Bi Rongrong says that international institutions that require gender parity in their Chinese art shows provide an antidote to such under-representation, which serves as an example to Chinese curators. A good example is the Cass Sculpture Foundation’s exhibition A Beautiful Disorder (3 July-6 November) near Goodwood in the south of England, which will include her work, among seven women artists in the 17-strong group show.

Some female artists largely stay in their studios, avoiding whatever sexual discrimination or harassment might exist in China’s art world—though that costs them contacts with curators and collectors. Meanwhile, Chinese women face intense social and family pressure to marry and have children by their mid-20s, or risk being labelled a “leftover woman”. “Women shouldn’t use kids as an excuse. Success is not based on whether a woman has children, but her passion and drive,” Bi says, “and if you stop working for two years, galleries will forget about you.”

Bi acknowledges that most of China’s successful younger female artists have partners who are successful too, including couples Yin Xiuzhen and Song Dong, and Guan Xiao and Yu Honglei. 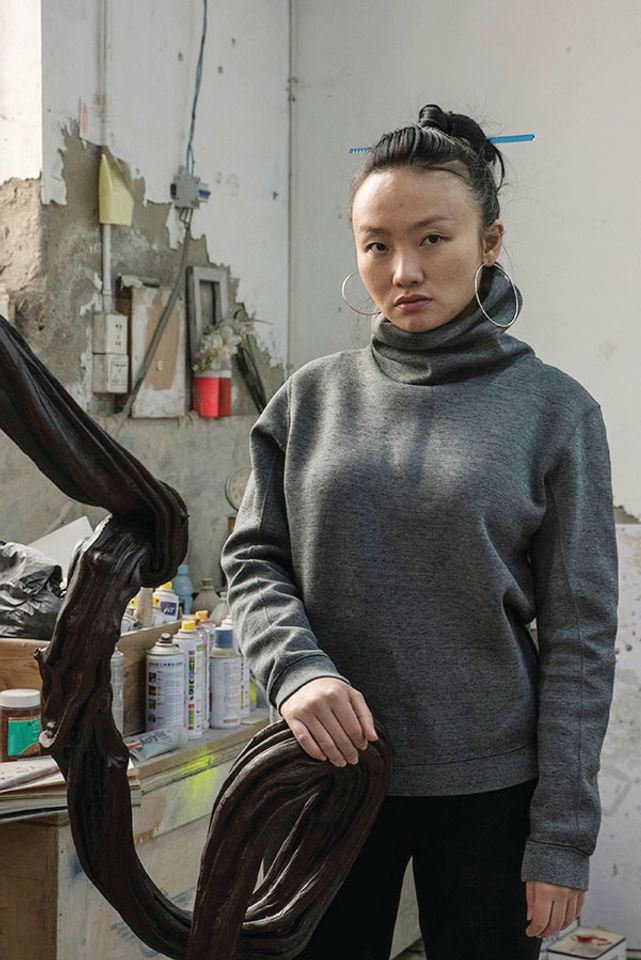 Thirty-two-year-old Guan Xiao opened her first solo show in the UK, Flattened Metal, at the end of April (until June 19), a few months after giving birth. The exhibition at London’s Institute of Contemporary Arts is organised in partnership with the K11 Art Foundation. Bi says that for women to succeed, “it takes a husband like that, it takes having support”. She adds that there are more examples of Chinese artist couples where the women’s careers have taken back seat to their partners’.

“Women must be more confident: art is not like a job; artists have to be self-motivated. [Chinese] society instils in women an attitude of not believing in themselves,” Bi says. She credits her training in the Netherlands with helping her to buck this tendency. Zhang also sees the next generation of women as becoming more resolute. “Many 90s-born [female] artists study overseas,” Zhang says, where they learn “to pursue what they want and be more economically independent”.