The Chinese billionaire Liu Yiqian bought an octagonal guan vase, dating to the Southern Song Dynasty (1127-79), for $14.7m on 7 April. The work will join the collection of the Long Museum in Shaghai, which Liu co-founded in 2012 with his wife Wang Wei. According to Sotheby’s, which hosted the single-lot sale in Hong Kong, this is the third-highest price paid at auction for Song Dynasty ceramics. 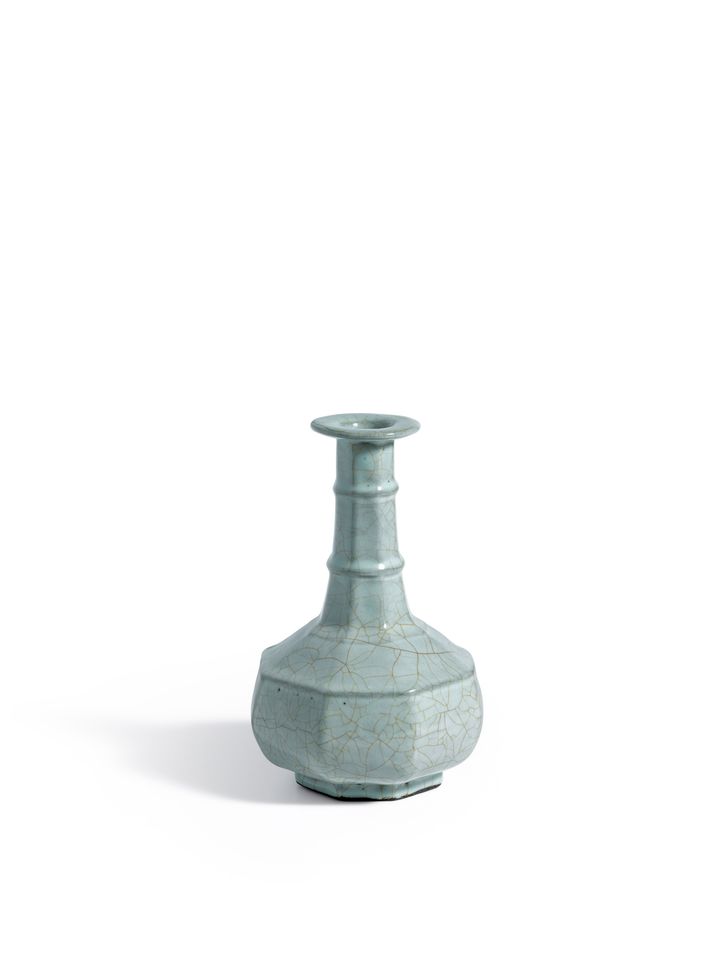 The vase is not Liu’s first record-breaking purchase: last month he spent $14m on an album of Buddhist art and calligraphy, dating to 1414, at a Sotheby’s auction in New York, while this past November, Liu secured a 600-year-old Tibetan silk thanka (tapestry) for $45m at a single-lot sale held by Christie’s in Hong Kong. And exactly one year ago, he spent $36.3m on the Ming Dynasty Meiyintang Chicken Cup, 1465-87, at another Sotheby’s single-lot sale in Hong Kong.

Liu Yiqian, a former Shanghai taxi-driver turned investor, is one of China’s wealthiest individuals. As well as founding the Long Museum in Shanghai, Liu is chairman of a chemical, pharmaceutical and financial services company, Sunline Group. His is listed as #1,533 on Forbes ranking of the world’s richest people, with a net worth of $1.44bn.