Christie’s plods to a sturdy end to Frieze week 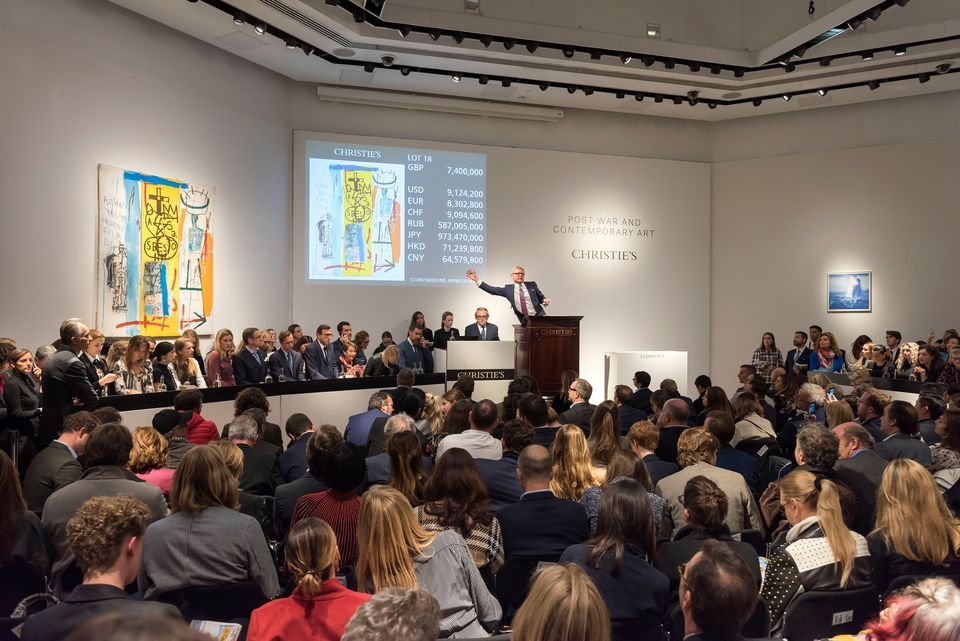 Friday night of Frieze Week is the graveyard slot for auctions and, with no Sotheby’s-style Banksy thrill, Christie's evening sale of Post War and Contemporary art was a plodder—but key works still performed and the Thinking Italian sale that followed rounded numbers off nicely.

The £54m (£64.5m with fees) total was safely within the pre-sale estimate of £52.4m-£73.8m, but down from last year’s £71.1m—though remember there were only two post war and contemporary sales last year, but Christie's reintroduced the London July sale this year. Add in the £20m (£24.6m with fees) from the Italian lots at the rear end of the sale and the total was a healthy £74.3m (£89m with fees). Worth the effort then.

A bit of a slog

Given that Christie’s had already held the sale of Jeremy Lancaster's collection earlier in the week, last night's sale relied on offerings from two consignments that are being spread throughout multiple sales; the Belgian Mathys-Colle Collection and that of the UniCredit Group. The big name artists were all there but only seven works had a lower estimate over £3m.

The top seller of the night was Jean-Michel Basquiat’s Four Big (1982), which Cristian Albu, Christie's co-head of the Post-War and Contemporary Art, Europe department describes as having: “All the elements you would want from the artist”. It sold for just under its £7.5m-£9.5m estimate, at £7.4m (£8.6m with fees), reportedly to Aquavella Gallery.

Christie's £54m post war and contemporary art evening sale was 24% down on the total in 2018, according to ArtTactic Courtesy of ArtTactic

The closest the room came to a buzz came was with four lots nestled into the middle of the sale, by the fresher names of the night.

The average price in Christie's Thinking Italian sale was £699,310 Courtesy of ArtTactic

“We feel a bit unlucky” said Mariolina Bassetti, Christie's chairman of Post-War and Contemporary Art, Continental Europe, after the annual Thinking Italian evening slot. Perhaps not the line the press team will ultimately go with, but a good show of modesty around a sale with just two passes in a 33 lot sale; “We were so close to a white glove sale”.

Brexit unease undoubtedly thinned consignments for this week's sales but, for now, London seemed to be breathing a sigh of relief that it was dealing with a weak pound, not a significantly weakened art market.