In a drastic move, Christie's shuts most locations and postpones sales due to coronavirus 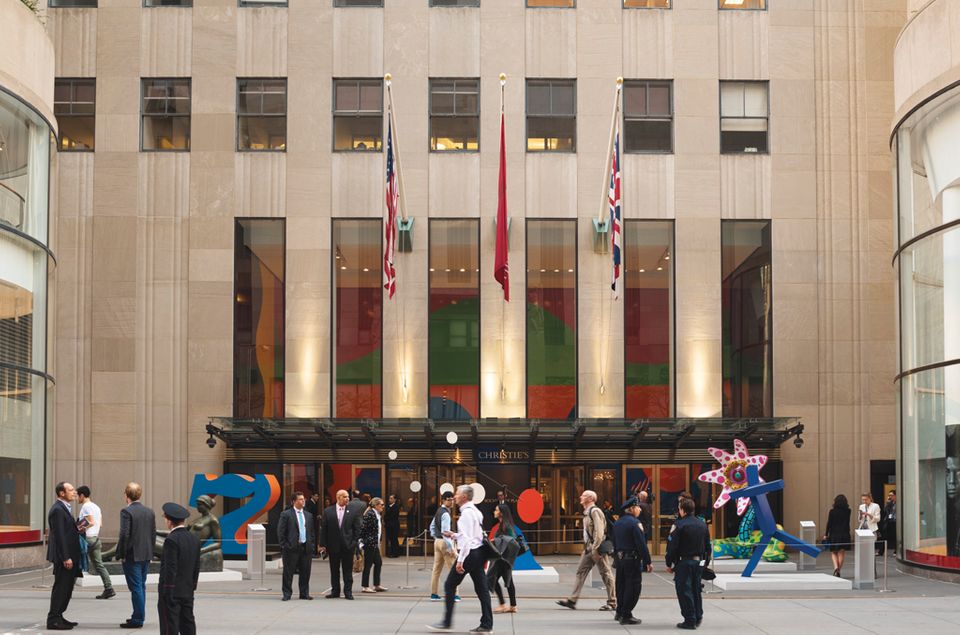 Christie's is shutting almost all of its locations in the US and Europe, including New York, until further notice and postponing March and April sales due to the spread of coronavirus (Covid-19).

Phillips has also postponed all sales and events internationally until mid-May and closed its offices across the US and Europe.

In a statement released on 13 March, Christie's says the decision is to protect the "health and well-being of our employees and our clients". Guillaume Cerutti, Christie's chief executive officer, says: “In the days ahead, we will be communicating a number of necessary changes to our usual course of business, including further changes to our sale calendar. These decisions are undertaken with a great degree of care and in close consultation with our clients.”

Christie’s King Street in London will, however, remain open, although the business is "reviewing the situation on a daily basis." The Amsterdam, Geneva and Paris offices remain open but with a reduced number of staff.

All but two sales—Prints & Multiples (18 March) and Chieveley House, Berkshire and Five Private Collections (19 March) in London—in March and April will be postponed for now (new dates will be released in the coming days, the firm says).

However, with the major May New York sales looming, the statement hints that more sales might be affected as Christie’s is "working through a restructuring of its forthcoming auctions, including significant changes to the sales calendar in the Americas and Europe."

The following Christie's auctions will be postponed—no new dates are announced as yet, the original sale dates are shown in brackets.

Meanwhile, Sotheby's also released a coronavirus statement from its chief executive Charles F. Stewart last night as a reassurance to clients, but did not announce any closures as yet. Stewart says: "So far, we have been able to conduct auctions and offer the full range services to our clients, despite modifications as appropriate in certain instances. While we cannot predict the future, we wanted to let you, our valued clients, know how we are addressing the epidemic and what you can expect from us in the near future."

Stewart says that the firm will follow "the advice of local government officials and health authorities and, where appropriate, have colleagues working remotely" and adds that Sotheby's "galleries in New York and London are open this weekend" with sale views open to the public.

UPDATE: Sotheby's announced on 17 March that it will "make final decisions about each event [auction] approximately 30 days prior to the existing sale date and will alert all relevant parties at that time." All online sales until 31 March will continue as planned. The London salesroom remains open to public for now with March auctions going ahead with one exception. The Hong Kong Spring auctions have been moved from the week of 5 April to the week beginning 5 July. All Paris and Milan auctions have been postponed indefinitely, but the Design sale in New York on 31 March will go ahead. Aside from London, all of Sotheby's locations worldwide are closed until further notice (Hong Kong by appointment only).

UPDATE: The Paris auction houses Piasa, Artcurial and the Drouot all closed on 16 March until further notice.

UPDATE: Bonhams announced on 18 March that from Friday 20 March all its offices will be closed (with the exception of Bonhams Hong Kong) and its salerooms in the UK, New York, and Los Angeles will be open by appointment. Some sales this month will go ahead behind closed doors (bids can be placed remotely) while all the London New Bond Street auctions will be postponed.