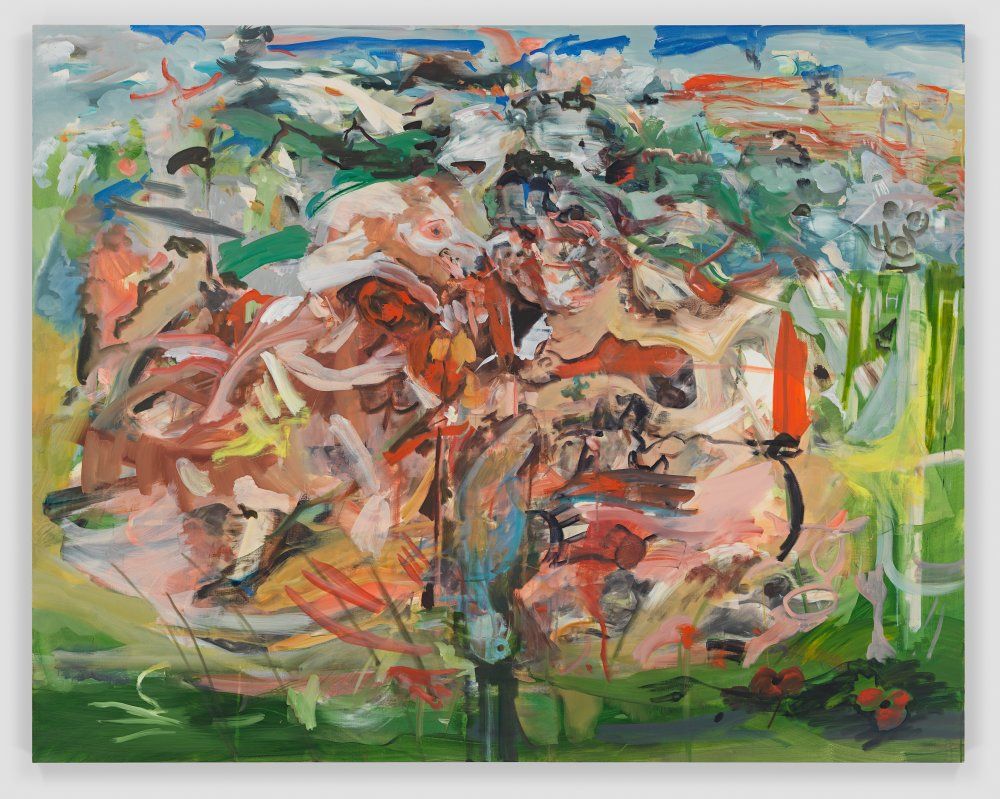 The art world’s preoccupation with environmental art has long felt at odds with its carbon-intensive globe-trotting ways. But members of the trade are increasingly putting their money where their mouths are.

Today, industry lobbyists the Gallery Climate Coalition (GCC) announces a new collaboration with Christie’s auction house, consisting of the inclusion of key lots in seven sales taking place over the coming year, which aim to raise between $5m-$10m for ClientEarth. The environmental charity is known for using legal action to apply pressure to whole industries, most recently tackling the music industry with the support of Brian Eno and Coldplay, among others.

The first work to be auctioned, There’ll be bluebirds (2019) by Cecily Brown, will be offered in Christie’s 20th and 21st-century evening sale in London in October with a £500,000 to £700,000 estimate. The painting, which was first shown in the artist’s solo exhibition at Blenheim Palace in September 2020, has been donated by Brown together with her dealer Thomas Dane, one of the main forces behind the GCC.

Further works have been pledged by Rashid Johnson for inclusion in the marquee sales in New York in November and Xie Nanxing in Hong Kong, also in November. Pieces by Antony Gormley and Beatriz Milhazes will be sold next year. In a bid to reduce shipping, most works have been sourced locally.

The announcement of the new initiative comes as Christie’s publishes its first environmental impact report in association with the sustainability consultancy Avieco this week. The study, which follows Christie’s March pledge to become carbon neutral by 2030, is due to be published annually during the first quarter of the year.

According to the report, last year Christie’s saw an emission reduction of more than 50% (from 50,252 tonnes CO2e in 2019 to 24,100 tonnes CO2e), though 2020 must be marked as an anomaly since the pandemic brought international travel to a grinding halt and severely impacted trading. Comparisons are therefore atypical.

Nonetheless, the emissions from shipping saw a 46% reduction (down to 10,526 CO2e), while business travel was down an enormous 88% (to 1,894 CO2e). While Christie’s acknowledges travel remains a “critical tool” and will no doubt rebound as the world opens up again, it will focus on “reducing discretionary travel and finding ways to make the travel that we do undertake more sustainable”.

The firm says it aims to switch from air freight to sea or road where possible, as well as adopting more sustainable packaging and the re-use of crates and working collaboratively across the supply chain and with other stakeholders to transport works collectively.

Some measures have already been adopted. Christie’s London sites have been supplied by renewable energy since late 2019, and the firm anticipates switching to renewable energy in other locations by the end of 2021. London is also leading the way in terms of waste having reduced waste to landfill by 70%. In March, the auction house pledged to divert 90% of its waste from landfill by 2030.

While 2020 was a freak year, its extreme business conditions have shown Christie’s how it can operate with a lower carbon footprint, and the firm’s chief executive Guillaume Cerutti is particularly optimistic. As he concludes in the report: “Many of the challenges that Christie’s faces are systemic within the industry, but with this collaboration, coupled with the desire and determination for urgent change felt by both our employees and our clients, we will solve them.”