Descendants of François Marcille will sell 27 paintings and drawings from his collection in Paris this November, including Woman Drawing Water from a Water Urn 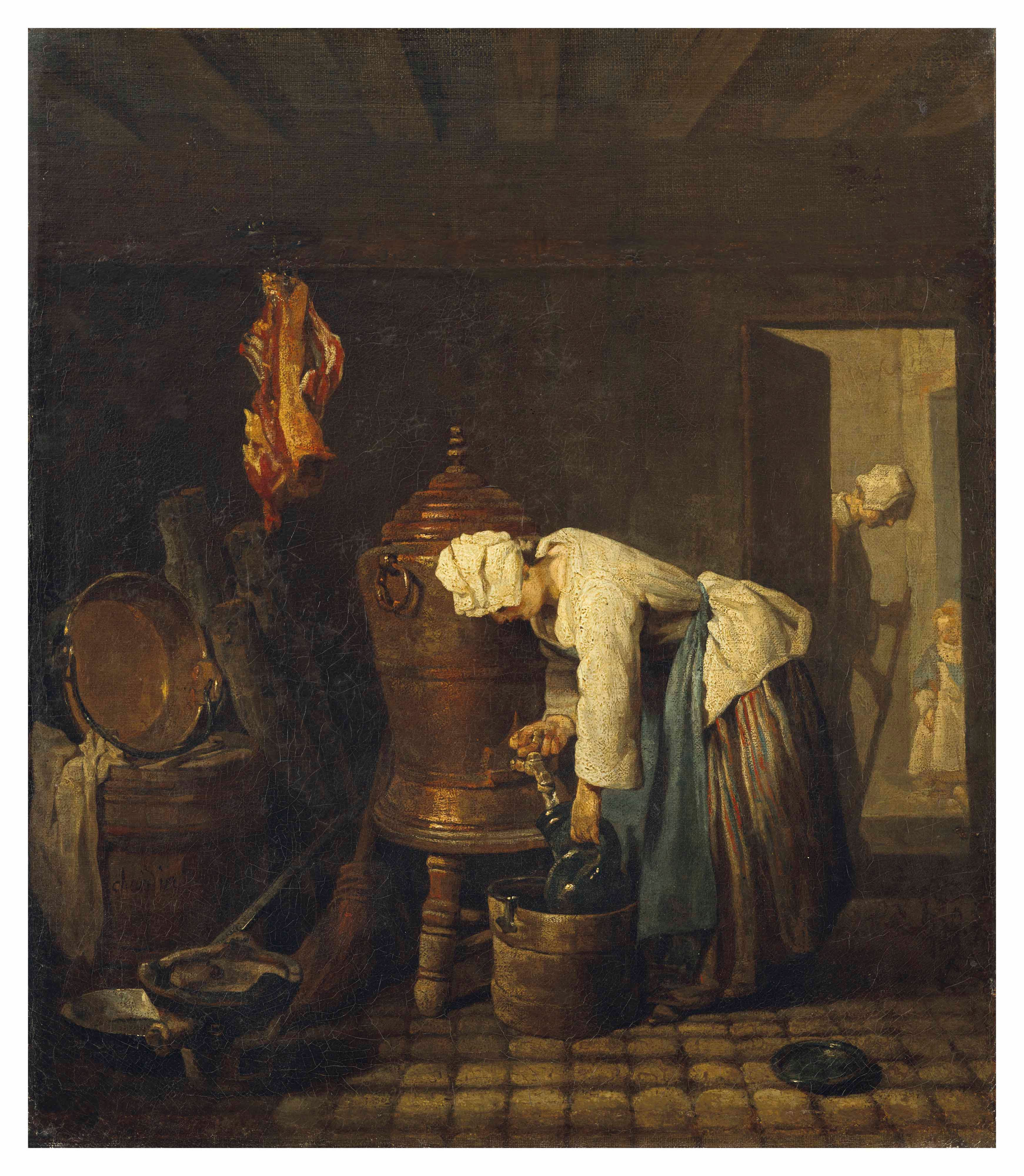 A scullery maid leaning over a water bucket stands in the foreground, while another sweeps the floor through the open door behind. You may know the composition of the oil on panel from the Nationalmuseum of Stockholm, which experts consider to be the very first version of Woman Drawing Water from a Water Urn by the French master Jean Siméon Chardin. That version was first presented at the 1747 Salon.

But there is another later—though undated—version of the canvas which was purchased in 1848 by the French collector François Marcille (1790-1856) and will now be auctioned for the first time since then on 22 November, estimated at €5m to €8m.

The French writers the Goncourt brothers wrote that “studying Chardin [at Marcille’s place] was the best way to do him justice.” The French collector, who built a 4,600-piece collection, contributed to reinstating the 18th century painter in the public eye in the 19th century. Woman Drawing Water from a Water Urn was featured in the 1979 Chardin exhibition at the Grand Palais The back of the painting Courtesy of Christie's

Untouched since it last sold, the painting is well-preserved but could benefit from slight restoration and a clean. The whites remain quite bright, although the varnish has slightly darkened over time. Which, says Christie's international director of Old Master paintings, Pierre Etienne, "means it has served its protective purpose. Restoring the painting could be a way for its future owner to rediscover it in a new light and make it their own."

He adds: “The back [of the painting] gives us all kinds of indications [about its history], it is my great privilege to have access to it up close.” The verso bears the handwriting of Eudoxe Marcille (1814-1890), François Marcille’s son. It is also covered with labels from the various exhibitions in which the work has featured.

Nicknamed the French Vermeer, Chardin is known as the first great painter of middle-class life and the majority of his genre paintings are now in national museums. The Embroiderer, sold at Christie’s New York in 2013 for $4m, was the last Chardin work to be sold at auction.