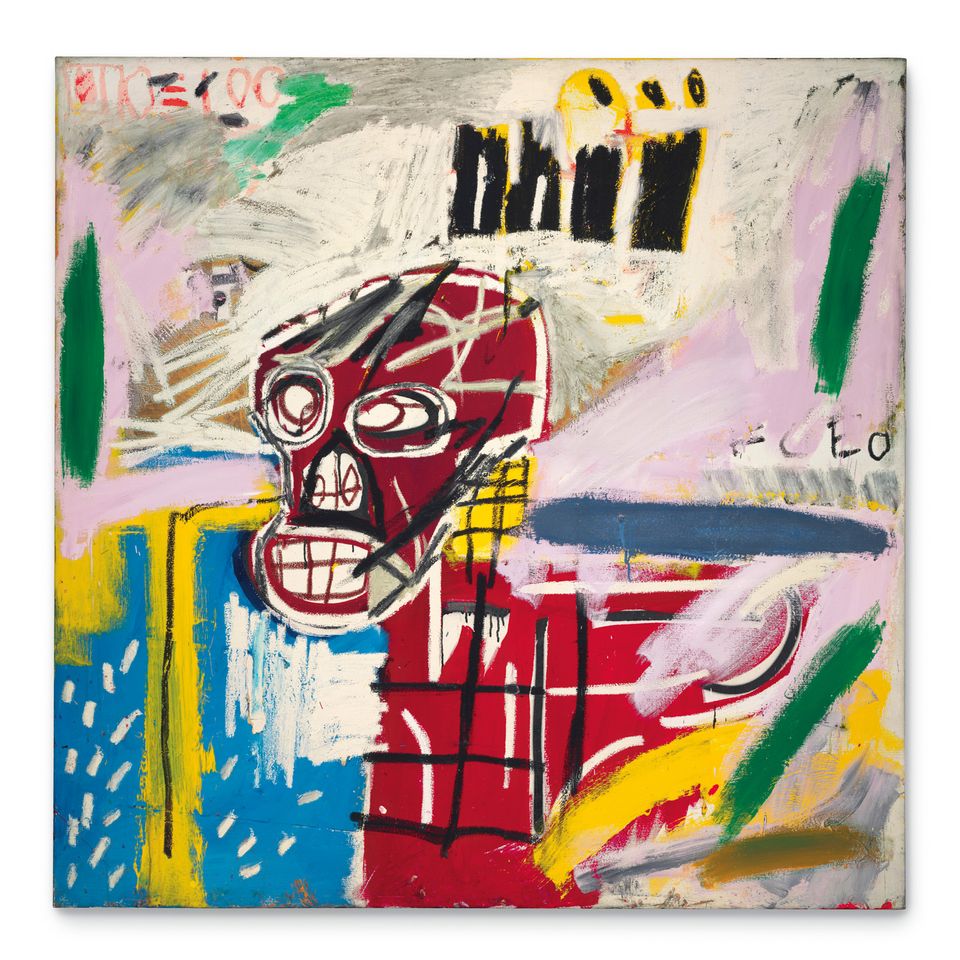 Jean-Michel Basquiat's Red Skull (1982), estimated in the region of £12-£18m in Post-War and Contemporary Art Evening Auction at Christie's on 6 October Christie's

Christie’s will add an extra night of auctions to its autumn calendar, introducing an evening sale of design and photography for the first time during Frieze week. On Tuesday 3 October, the auction house will also hold a new sale called Up Close, featuring “masterpieces on a small scale”, followed by Masterpieces of Design and Photography.

“The strength of our October sales last year, totalling near £100m overall, and the strong sell-through rate, convinced us this was the right move to make,” says Christie’s chairman and head of post-war and contemporary art Francis Outred. The house’s decision to skip the June sales of post-war and contemporary art in London, he says, added breathing room, “so we can be much more focused in the selection”.

The highlight of the main Post-War and Contemporary evening sale on 6 October is Red Skull (1982) by Jean-Michel Basquiat, which will test the market’s continued appetite after the high note of $110.5m hit in May. The Basquiat is anchored by a group of works by his 1980s contemporaries, such as David Salle, Julian Schnabel and Peter Halley, who Outred thinks have “been underrated for too long”.

Likewise, in design and photography, Outred sees “great potential for growth. The relative value of photography and design compared to painting and sculpture is ridiculously low and the gap deserves to be closed,” he says. The sale will be headed by Jude Hull (photography) and Jeremy Morrison and Simon Andrews (design), and lots range from an 1875 Julia Margaret Cameron photograph to a Gerrit Rietveld side cabinet. Price points fall between £15,000 and £1m, with the aim of providing an entré to evening sales for younger collectors, particularly important in the absence of Christie’s South Kensington.