What a difference a year can make: In 2016, the evening before the the UK’s historic Brexit vote on 23 June, the 33-lot Impressionist and Modern Art evening sale at Christie’s totalled £21.8m hammer (£25.6m with fees). The problem? A dearth of big-ticket consignments, attributed to both poor oil prices and trepidation over the potential pullout from the European Union. Although the political situation globally remains uncertain, the art market has not shown parallel signs of wavering, and the 27 June sale bettered its 2016 total by 483%, says Jay Vincze, the house’s head of Impressionist and Modern Art, or £130.8m hammer (£149.5m with fees).

Although Christie’s—which recently pared back its contemporary schedule in London—beat Sotheby’s, the take fell short of the house’s pre-sale estimate of £141.3m to £191.7m, due largely to the failure of Egon Schiele’s 1915 townscape Einzelne Häuser (Häuser mit Bergen), which carried a £20m to £30m estimate. A late Monet abstraction, Saule pleureur (1918-19), also fell short of a punchy £15m to £25m pitch—although the reserve was apparently far lower, as it got away at £7.8m (£8.9m with fees).

The market’s confidence was undoubtedly boosted by strong spring sales in New York in May, when the house’s Impressionist and Modern evening sale made $289.2m (with fees), the highest total in the category in seven years. Moreover, the field has seen the return of broad participation from Asia. The global president, Jussi Pylkkänen, observed that “there was barely a picture in there that didn’t have Asian interest in it by 7pm”.

With just two lots of 32 passed, quality, not quantity was key. While there was no double record-setter as at Sotheby’s last week, two works made over £30m, and one over £20m.

As anticipated, the star of the night was Max Beckmann’s Hölle der Vögel (Birds’ Hell) (1938), estimated at a guaranteed £30m, which the dealer Larry Gagosian won, phone to ear, for £32m (£36m with fees)—a record for Beckmann and for any German Expressionist work. The luridly hued work, depicting a visceral scene of hellish torture, which Beckmann painted in exile in Amsterdam and Paris, is not commercial, but it is powerful. 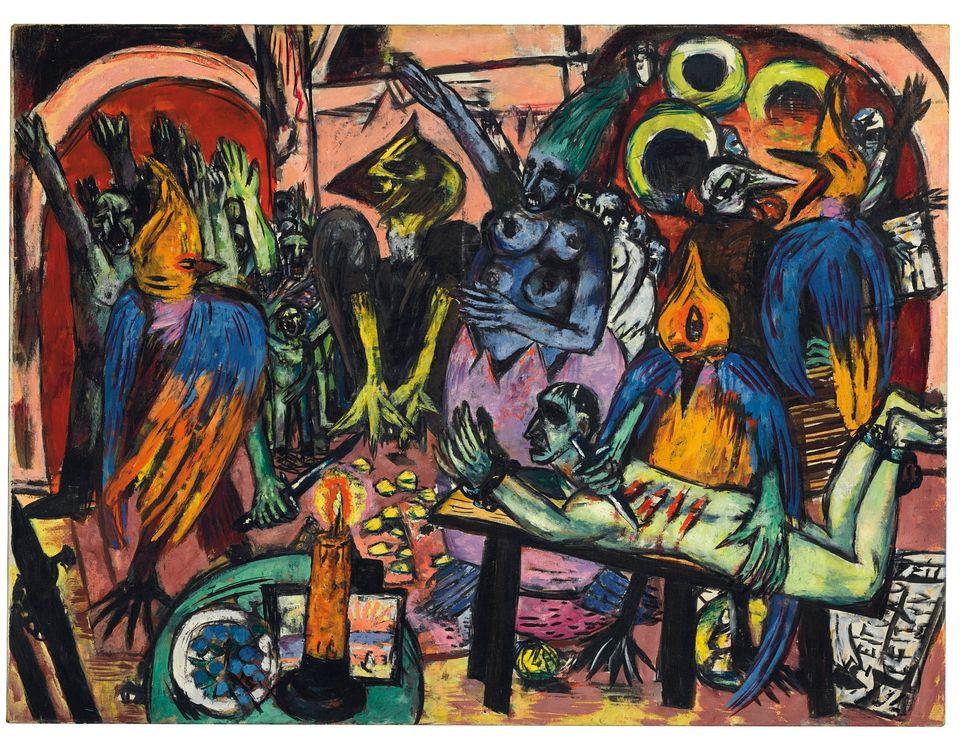 Max Beckmann's Hölle der Vögel (1937-1938), set a new record for the artist and for a German Expressionist work with a final price of £36m (Image: courtesy of Christie's)

The painting was consigned by the New York-based dealer Richard Feigen, a longtime admirer of Beckmann’s work, in whose New York apartment it had hung for many years. His decision to sell in London proved well founded, and Vincze says of the work: “This is a magnificent painting, the like of which you will never see again on the market.” Pylkkänen added, “It will be many, many years before that Beckmann price is broken. It will be like that leap that Bob Beamon did in the 1968 Olympics.” (The US athlete set a long jump world record at the Mexico City Olympics, which remained until 1991.)

Close behind was an eminently prettier, if less unusual, portrait by Pablo Picasso, Femme écrivant (Marie-Thérèse) (1934). It sold at the lower end of a £30m to £40m estimate to a client on the phone with Xin Li, the deputy chairman of Christie’s Asia, at £31m (£34.9m with fees). 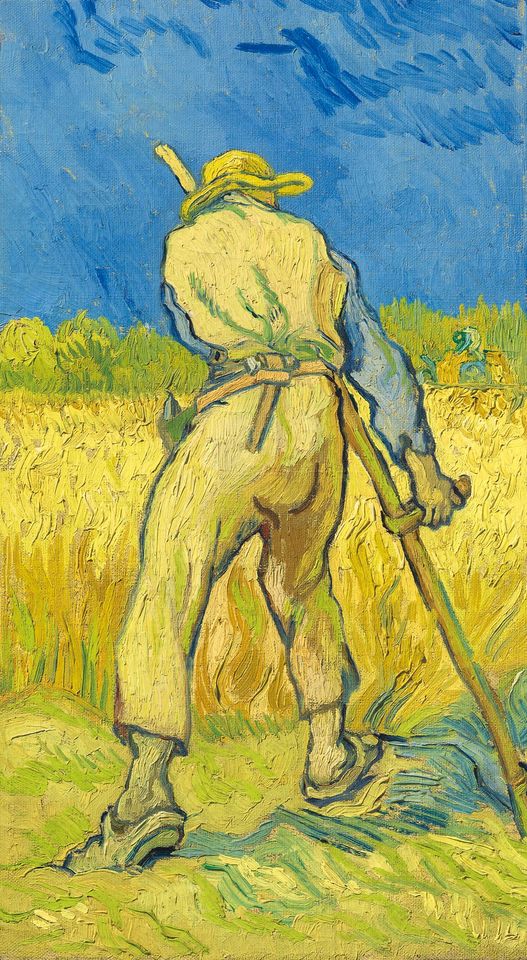 Of the ten works painted by Van Gogh in tribute to his hero, Jean-François Millet, the luminous Le moissonneur (d’après Millet), from 1889, is the only one not held by a museum. Drawing rapid bidding from multiple corners, it sold at £21.5m (£24.2m with fees) on the phone with David Kleiweg de Zwaan, of Christie’s New York, against a £12.5m to £16.5m estimate.

As at every evening sale these days, whatever the category, the night was a tale of the best and the rest, with a handful of lots making up the bulk of the bottom line. But evidence of bidders seeking value beyond the obvious brand names came with two new artist records. First—perhaps a reflection of the De Stijl movement’s centenary this year—was the £900,000 (£1.1m with fees) paid for Georges Vantongerloo’s appealing 1930 Composition dans le carré avec couleurs jaune-vert-bleu-indigo-orangé (est £350,000-£450,000). Secondly, Dadaist Hannah Höch’s intriguing 1922 painting Frau und Saturn, also sold for £900,000 (£1.1m with fees), above an estimate of £400,000 to £600,000.

Tom Mayou, of London advisers Beaumont Nathan, described the Christie’s offering as “a very solid lineup for London at this time of year”. Smaller than the May sales in New York, “this shows healthy progress from last year. Every sign is that we’re in an upward cycle.”