Christo to wrap the Arc de Triomphe in Paris

Artist has previously wrapped monuments such as the Reichstag in Berlin 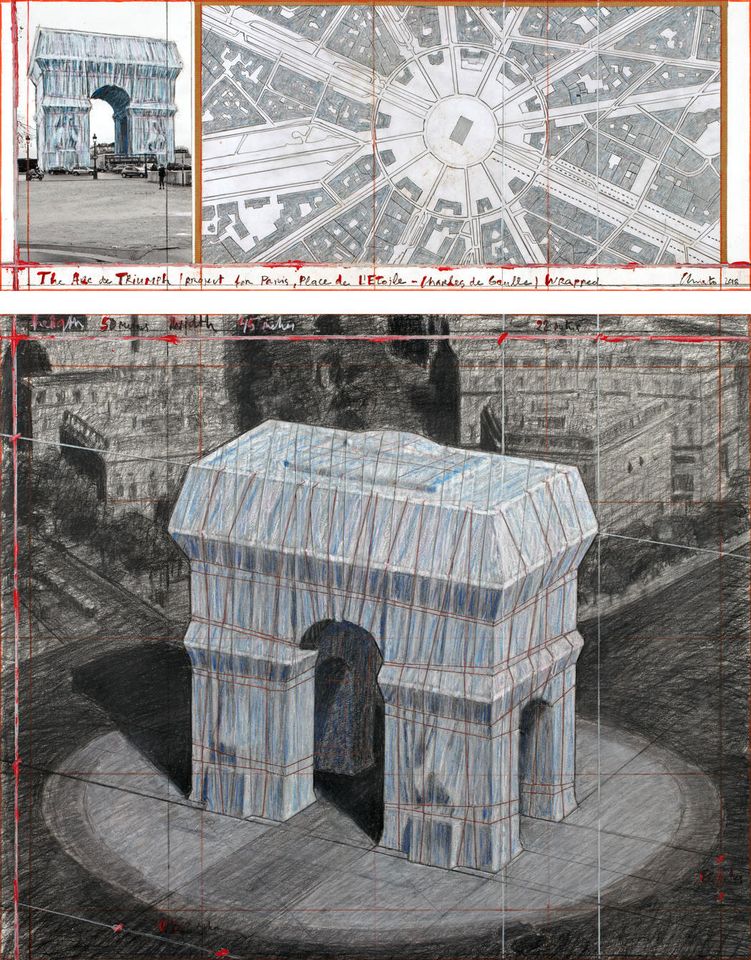 The artist Christo has announced plans to wrap the Arc de Triomphe in Paris next spring, covering the Champs-Élysées landmark with almost 25,000 sq. m of silvery blue fabric, made of recyclable polypropylene, and 7,000 metres of red rope. The piece, entitled L’Arc de Triomphe Wrapped (Project for Paris, Place de l’Etoile-Charles de Gaulle), which will be on view 6-19 April 2020, will be overseen by officials at the government body the Centre des Monuments Nationaux and the Centre Pompidou. The Parisian museum will also be dedicating an exhibition to Christo and Jeanne-Claude next year (18 March-15 June 2020).

According to a statement issued by the Centre des Monuments Nationaux, the new work will be “entirely funded by Christo through the sale of his preparatory studies, drawings and collages of the project as well as scale models, works from the 1950s and 1960s and original lithographs on other subjects. It will receive no public or private funds.”

“Thirty-five years after Jeanne-Claude and I wrapped the Pont-Neuf [The Pont-Neuf Wrapped, Project for Paris, 1975-85], I am eager to work in Paris again to realise our project for the Arc de Triomphe,” Christo says in a statement. Last summer, the artist launched his huge floating sculpture, The London Mastaba (2016-18), on the Serpentine Lake in London. One of the most famous buildings to have been wrapped by Christo was the Reichstag in Berlin in 1995.