While other artists sign open letter denouncing the concept 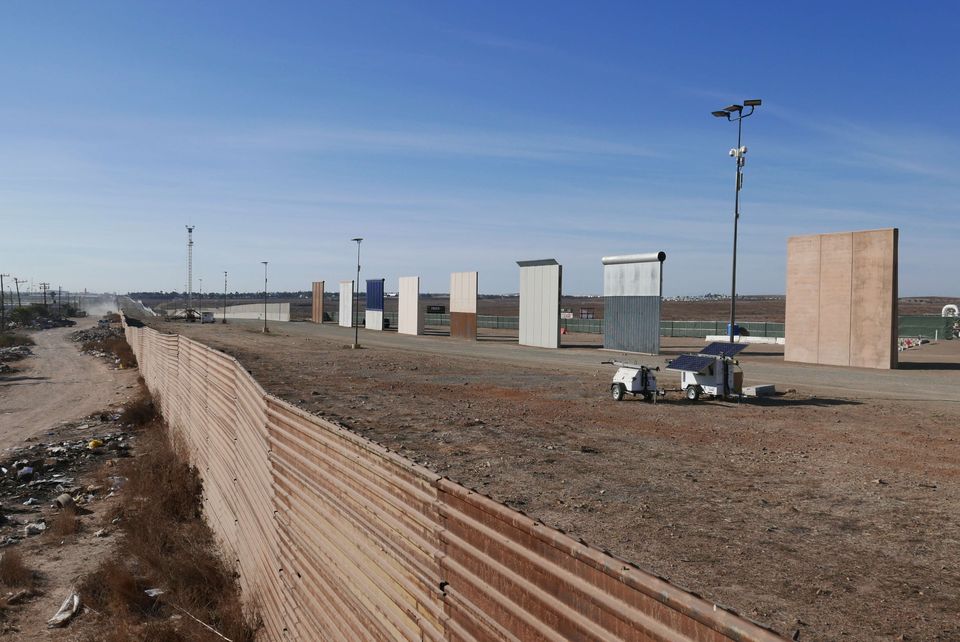 The Swiss-Icelandic artist Christoph Büchel has relaunched his campaign to turn Donald Trump’s US-Mexico border wall prototypes into a national monument on the White House’s popular We the People petitions website. At the same time, a group of more than 20 artists, educators and curators have signed an open letter denouncing the project.

In December, Büchel started a non-profit organisation named MAGA—the same acronym used for Trump’s campaign slogan, “Make American Great Again”—calling for the prototypes to be preserved since they are of “significant cultural value [and] are historical land art”. The artist also organised $20 tours of the structures, leaving from the Museum of Contemporary Art in San Diego and stopping in Tijuana to view the prototypes from both sides of the border. A petition started on MAGA’s website received more than 400 signatures. On Tuesday (6 February), Büchel posted a new petition on the White House’s website. Created during President Obama’s administration, the site was shut down for maintenance more than a month ago and was only recently restored. At the time of publication, that petition had fewer than 30 signatures out of its 100,000 goal to be reached by 8 March.

On the same day, an open letter was addressed to art and cultural institutions rejecting the idea that the prototypes should be considered art. “We, the signatories of this letter, want to say it loud and clear that nothing about a xenophobic and white supremacist project, artifact, wall or building should ever be spectacularized and promoted by artists or arts institutions,” the Google Forms letter states. The letter calls for a boycott of the gallery Hauser & Wirth, which represents Büchel, and the Museum of Contemporary Art in San Diego for being complicit in their “promotion and facilitation of a distasteful and violent project sponsored by a white supremacist group”. The letter had received more than 250 signatures at the time of publication.