Historic Pugin floor tiles, on which many a prime minister has trodden, available for £200 a piece 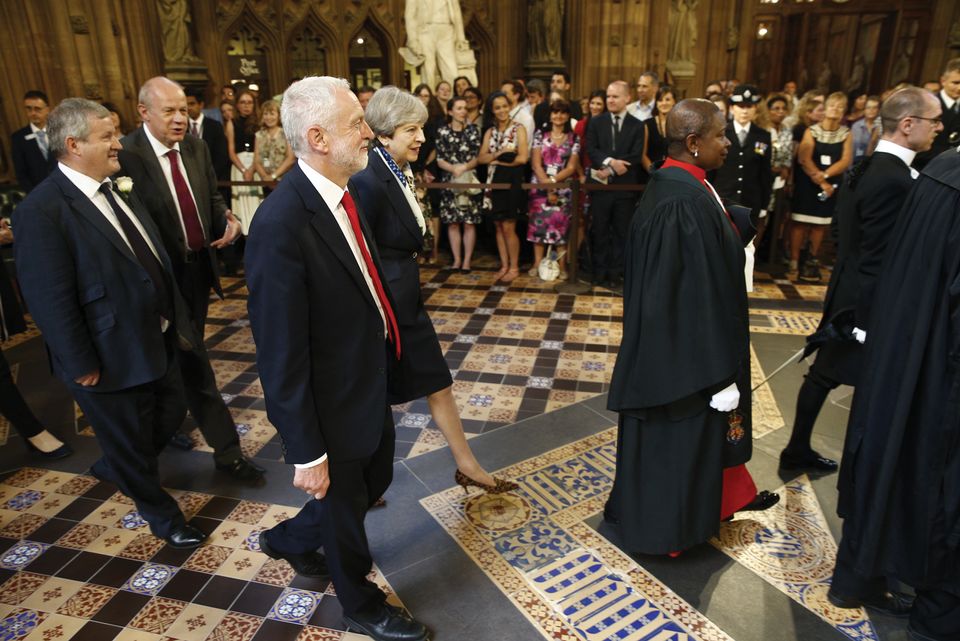 The Labour leader, Jeremy Corbyn, and the UK’s prime minister, Theresa May © Rex/Shutterstock

The Houses of Parliament are selling off thousands of original decorated floor tiles, for up to £200 each. The tiles were ordered by Augustus Welby Northmore Pugin in the 1840s for the Palace of Westminster, which was rebuilt in a neo-Gothic style after the fire that largely destroyed the building in 1834. Pugin was the co-architect and designer responsible for most of Parliament’s extravagant Gothic interiors. The tiles were made by the Minton factory in Stoke-upon-Trent.

Pugin was so delighted with the result that he wrote to Herbert Minton, saying that they were “the best tiles in the world”. However, the tiled floors eventually became very worn, from nearly two centuries of politicians’ shoes shuffling down the corridors of power. A major restoration project is now under way—hence the sale of worn tiles, which have been replaced.

Pugin installed 75,000 encaustic tiles, with inlaid neo-Gothic letters or heraldic designs. The tiles were laid in six main halls and a dozen corridors throughout the Palace of Westminster, including in the Members’ Entrance, the Central Lobby and the Royal Gallery. Some of the worn six-inch-square tiles had been replaced with replicas on an ad hoc basis during the 20th century and others were damaged by bombing during the Second World War.

In 2010, it was decided to proceed with a full restoration of the Pugin tiles: the Encaustic Tile Conservation Project is being undertaken by the London-based DBR building company. Since the Minton factory effectively no longer exists, replacement tiles were made, to the original one-inch thickness, by Craven Dunnill Jackfield of Ironbridge, Shropshire.

Many thousands of worn tiles have needed to be replaced. In the Royal Gallery, for example, nearly 6,000 were removed and replaced with modern replicas. Some of the better old tiles are therefore being sold to raise funds. High-grade tiles are on sale for £200 each, with mid-grade at £150 and half-tiles at £95. These are available online from the Houses of Parliament’s gift shop.

Dan Hicks, a professor of archaeology at the University of Oxford, is highly critical of the sale. “MPs are selling off chunks of the Parliamentary Estate—not quite brick by brick, but tile by tile,” he says. “What precedent does that set for other protected buildings?” 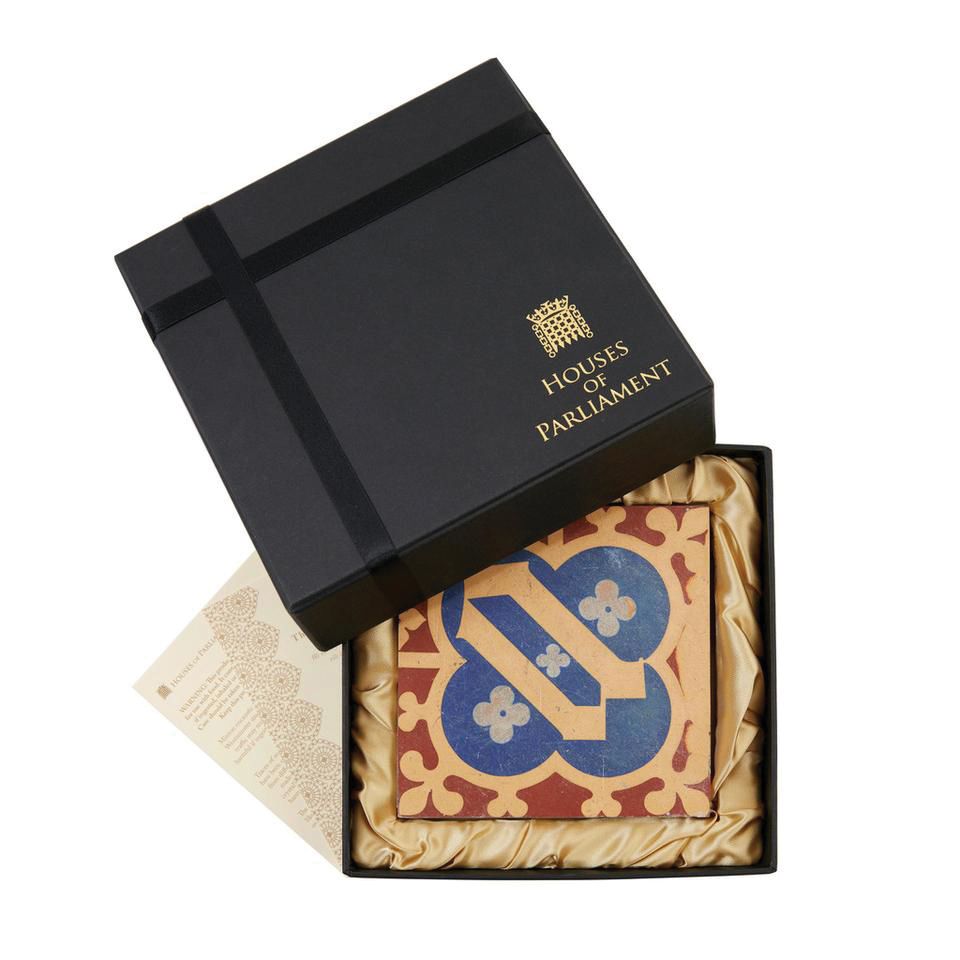 The Palace of Westminster’s encaustic tiles have become worn after nearly 200 years of use by the great and the good.

A parliamentary spokesman says: “It was agreed by both Houses that alternative uses would be found for tiles that are no longer deemed usable. Income from the Houses of Parliament gift shop helps to offset the costs of running Parliament. Some funds also go towards the Speaker’s Art Fund, a charitable trust that aims to inspire people to learn about the history, heritage and work of Parliament.”

The £8m restoration project is due to be fully completed next year, with the unveiling of the main roundel in the Central Lobby.