The Museum of Contemporary Art at the University of São Paulo claims it is owed $3.6m for conserving and storing around 1,600 works repossessed from bankrupt Banco Santos president Edemar Cid Ferreira James Lisboa is auctioning more than 1,900 works from the collection of ex-Banco Santos president Edemar Cid Ferreira. The works had been conserved and stored by a contemporary art museum, which is now seeking repayment, for the last 14 years. James Lisboa

An auction of works from left over from the collection of the bankrupt Banco Santos and its owner, Edemar Cid Ferreira, has caused controversy in Brazil, with one of country’s most important contemporary art museums alleging that they are due R$20m ($3.6m) for the preservation and storage of the vast majority of the works up for sale.

Including 1,968 paintings, sculptures and photographs by artists like Frank Stella and Tarsila do Amaral, the online sale by James Lisboa Auction House began 21 September and runs through 2 October. But even before it was underway, the Museum of Contemporary Art at the University of São Paulo (MAC-USP) had been seeking reimbursement for the conservation, restoration and storage of almost 1,600 of the items included in the sale. According to MAC officials, the expenditures with the collection totalled R$20m over the past 14 years.

Following revelations that it defrauded creditors of roughly $1bn, Ferreira’s Banco Santos collapsed in 2005, and Ferreira was sentenced to 21 years in prison for money laundering and crimes against Brazil’s financial system the following year. The banker's assets—including his art-filled mansion in São Paulo's Morumbi neighbourhood—were seized by the court. The director of MAC, Ana Magalhaes, says that in 2017—almost ten years after a judicial order left the collection in the museum's custody—museum officials filed a request for reimbursement of expenses incurred with the conservation of the collection.

At the end of 2019, the courts ruled that instead of the R$20m requested or part of the collection, the museum would receive only R$37,000. The judge considered only the expenses that the museum was able to prove by means of invoices. 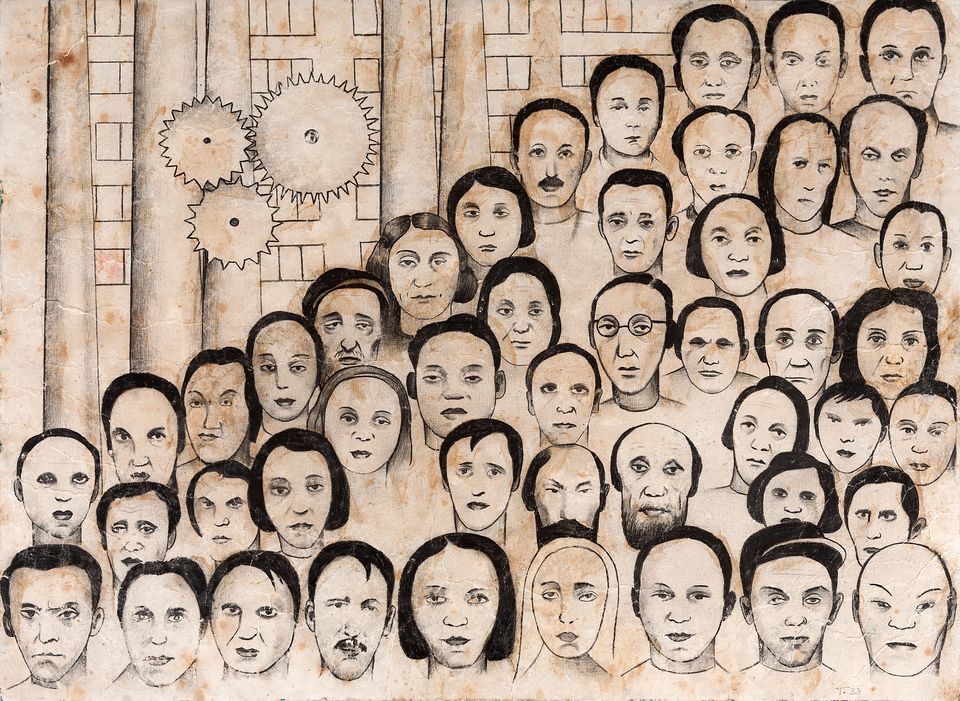 Works by modern masters and esteemed Brazilian artists are being sold. Pictured is Tarsila do Amaral's Estudo para Operários (1933).

“These invoices did not show the number of hours employees and specialised technicians spent on restoring and preserving the works. We took care of the collection along with our other works of art. It is very difficult to determine, who did what to which item,” she says.

"We never asked for reimbursement in cash," she adds. “We asked to be reimbursed in art works, but the judge insisted that we calculate an amount.”

Magalhaes also says that the works the museum was interested in were specific and would have complemented the institution's collection. “Today, the museum has 10,000 items. The withdrawal of the Banco Santos works represents a loss of 15% of our collection," Magalhaes says.

Among the works to be auctioned is Foundling N#6 Kleist Novellas Series, by Frank Stella. The large panel by the American minimalist has the highest starting bid of the event at R$3m (around $564,000). Also featured in the sale are works by renowned Brazilian artists like Tarsila do Amaral, Amilcar de Castro, Tunga, Burle Marx and Emanoel Araujo.

“We expect a big turnout,” says James Lisboa, owner of the auction house selling the collection. “It is a collection that has many high-quality items and at great starting prices, since the initial bids were fixed 15 years ago, when they were appraised by the courts.”

Lisboa notes that the sculpture Primeiras Nupcias by Brazilian sculptor and performance artist Tunga had its initial bid set at R$46,000 when a work of the same size by the artist, who died in 2016, is worth ten times that amount today. 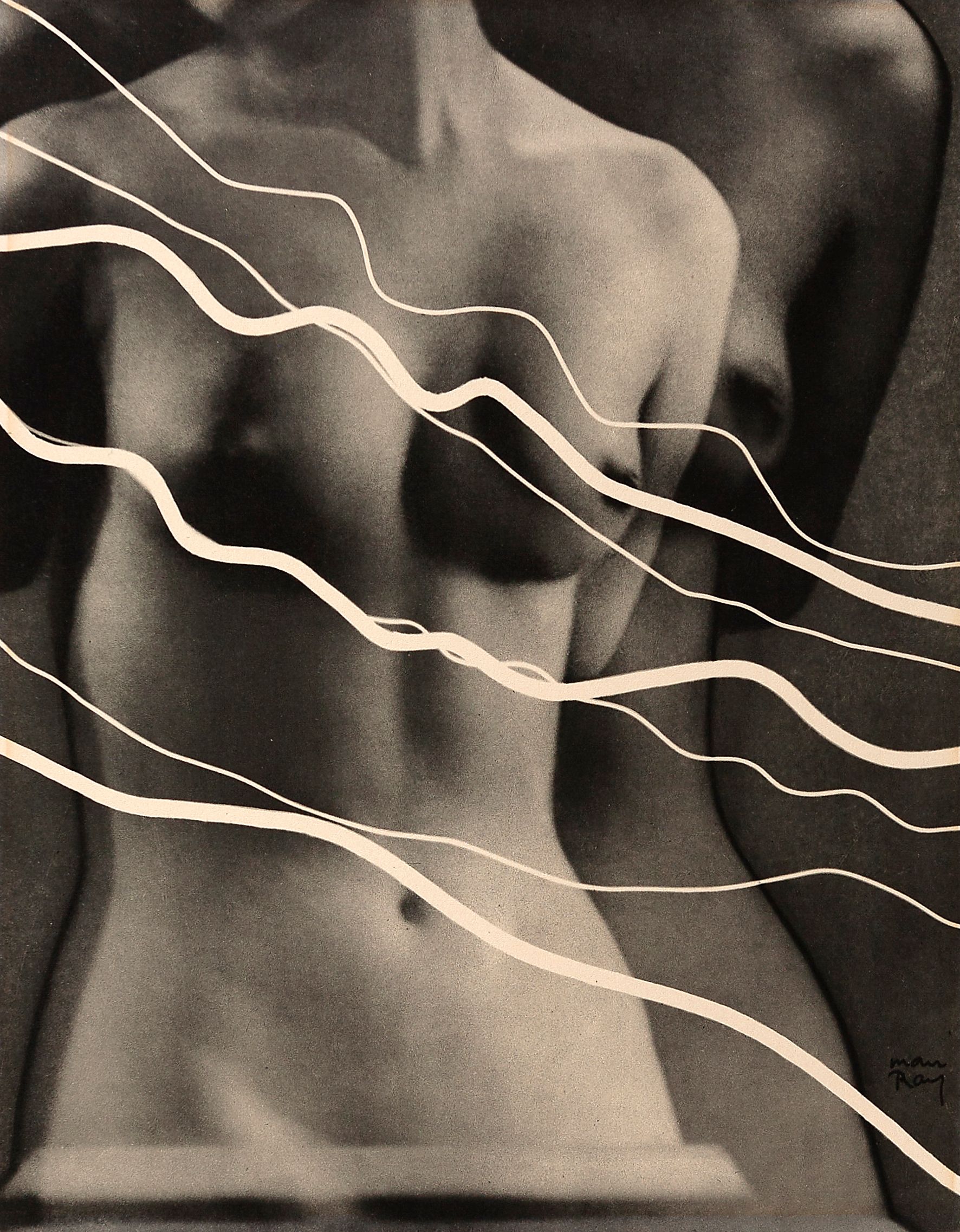 A series of photographs by Man Ray, including Sem Título (1931), is controversially divvied up and sold separately.

Between 150 and 200 works will be auctioned off each day of the ten-day auction. All pieces not sold will be offered again on 13-14 October. Approximately 80% of the works are photographs, including works by Man Ray, German Lorca, Alexander Rodchenko, Robert Doisneau, Henri Cartier-Bresson and Steve McCurry.

The museum's dispute over repayment for services rendered is not the only issue with the sale that has drawn attention. In March, the court removed the works from the museum and placed them in a warehouse to await the auction, originally scheduled for that month. But in light of Covid-19 lockdowns, the sale was postponed and the works remained in the warehouse where some of the pieces were damaged by flooding.

In addition to the damages to the photos due to the warehouse flooding, some have criticised the separations of certain series and portfolios to be sold separately. “The Man Ray case is particularly serious,” Helouise Costa, the former vice-director at MAC from 2006-2010 said in a recent interview to a Brazilian news outlet. “In the project, Man Ray produced ten of his most memorable frames, which he called “rayograms”, printed in photoengraving, in an edition of 500 copies. Dismantling this portfolio, at best, means a lack of understanding of the artistic-cultural value of a work of this magnitude.”

According to Magalhaes, the museum will not bid on any of the works in the auction. “It does not make sense to us. Why should MAC spend money it does not have, to go to auction and buy back the works in which it has already taken care of for almost 15 years?” she says.