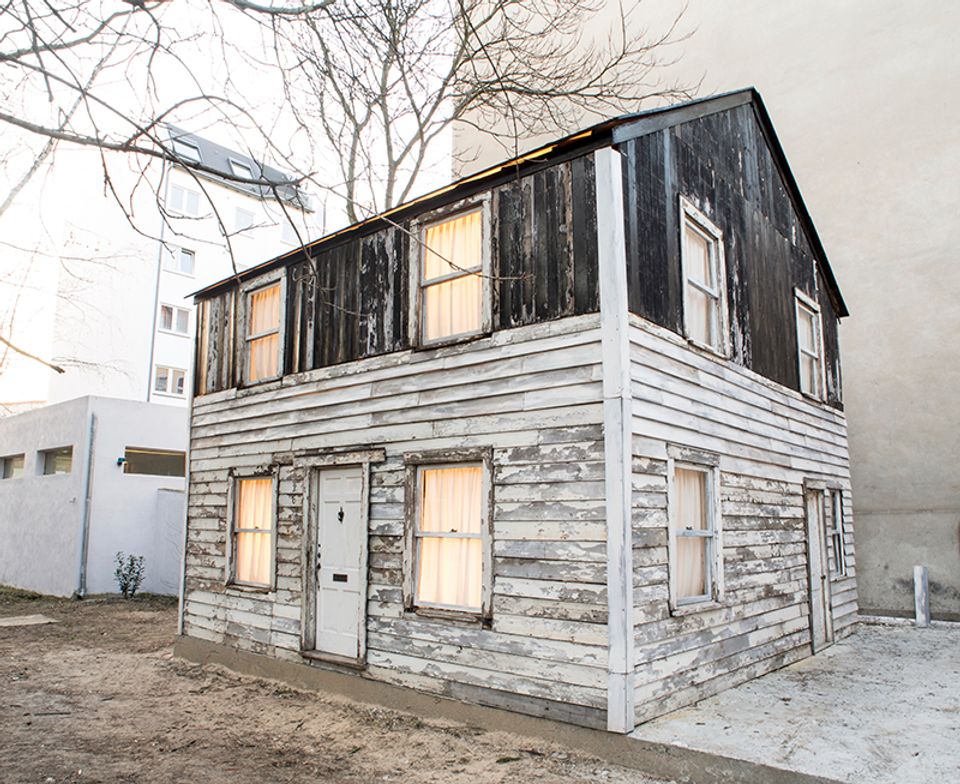 Mendoza disassembled the building and brought it to Berlin, where he reassembled it and opened it to the public in April 2017 © Fabia Mendoza

In 2016, the Berlin-based US artist Ryan Mendoza and Rhea McCauley, the niece of Rosa Parks, teamed up to save the civil rights activist’s Detroit home from demolition. Now, the structure is heading to another block: the New York auction house Guernsey’s, where it is due to be auctioned tomorrow (26 July) with an estimate of $1m-$3m.

Parks initially lived in this three-bedroom house, then owned by her brother, with 17 relatives after she left the south in 1957 for what she later referred to as “the Northern promised land that wasn’t”.

After she refused to give up her seat to a white passenger and her subsequent arrest in December 1955, which led to the Montgomery Bus Boycott, Parks experienced “great hatred spewed at her”, including death threats, says Arlan Ettinger, the president of Guernsey’s. “Although many loved her, of course, for the bold stance she took on the bus.”

McCauley bought the house in 2016 for only $500, and then reached out to Mendoza, “who [is] very passionate about the life of Rosa Parks and the preservation of historic structures”, Ettinger says. Mendoza sold some of his own work to fund the studies by architects and engineers to safely disassemble and preserve the home, then brought it to Berlin, where he reassembled it and opened it to the public in April 2017. He staged sound performances inside the house, which included clips from a radio interview Parks did in 1957 from inside the house, according to the New York Times.

The house, most recently installed in May and June at the WaterFire Arts Center in Providence, where it was the subject of a symposium led by the Rhode Island School of Design (RISD), is currently in storage, and is represented at Guernsey’s by a door. It comes complete with the walls, roof, steps, flooring and the chimney—and 12 pages of assembly instructions.

Will Parks’s house head to an institution? “Who wouldn’t want to see this end up in a place where it can be an inspiration?” Ettinger says. “We absolutely take pride in that possibility and I hope that does happen.”