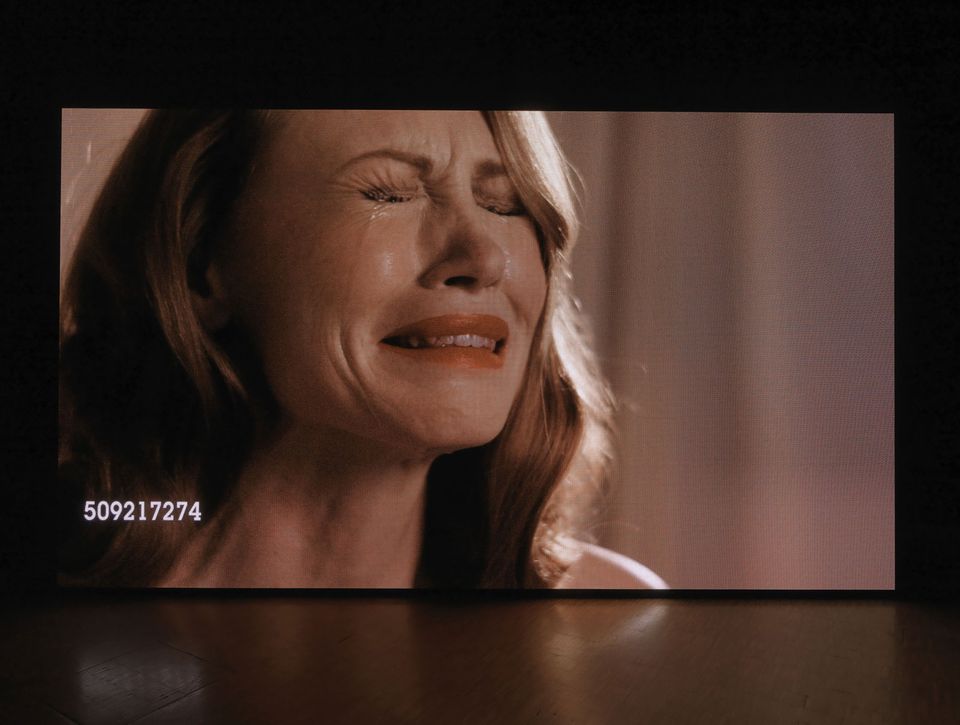 Clément Cogitore has won the 18th edition of the Prix Marcel Duchamp, France’s leading contemporary art prize, worth €35,000, which was announced on Monday 15 October at the Centre Pompidou, Paris.

His video installation, The Evil Eye (2018), narrated through a female voice, was entirely made by manipulating hundreds of images of stock photography that Cogitore bought from Getty Images. Employing dramatic staging and sentences such as “Everyone was prescribed the same treatment and was consumed with the same disease”, the film evokes a lack of individual identity and societal problems within an archiving narrative that conveys all the stages of a woman's life.

“I was in New York and saw the same face on a product in a supermarket and then on a political poster, and I became interested in how these stock pictures are waiting for something to exist—an ideology or something to sell,” Cogitore says. “So I paid for the rights to use the pictures but to create a story instead, imagining that the model starts to leave the frame and says something to us. Stock images are made for manipulation but never for art, just for ads, political campaigns or business films. I thought of doing something different, experimenting with how these images talk about us as an archive of the present.”

Bernard Blistène, the director of the Centre Pompidou and a jury member, commended Cogitore for his “research of new tools and new language”. Referring to how Cogitore specialises in film and video, Gilles Fuchs, president of the Association for the International Diffusion of French Art (ADIAF), which founded the prize, said: “This choice shows to what extent the Prix Marcel Duchamp is sensitive to all forms of current creation.”

Two of the other nominated artists, Mohamed Bourouissa and Marie Voignier, are also presenting film-based works. For No Time for Regrets, Bourouissa filmed a patient in Algeria's first psychiatric hospital about its workshops initiated by the psychiatrist and philosopher Frantz Fanon, while Voignier's film Tinselwood follows self-sufficient farmers logging trees in a forest in Cameroon.

Regarding the prevalence of film-based work, mirroring the nominations for this year's Turner Prize, Blistène says: “We're in a world of images that follow and collide with each other like so many instant burns. Only films and videos can take account of or even manipulate them by all the stratagems available to the artist. The metamorphosis of the real can now find better tools to achieve this.”

The installation of the fourth artist, Thu-Van Tran, questions the consequences of globalisation. A predominantly grey wall, made from superposing layers of colours, alludes to the American army spraying toxic “rainbow” herbicides in Vietnam in the 1960s and a counterpoint video features images shot in and collected from various locations around the world.