'Close to Raphael' Madonna sells for €1.27m at Vienna’s Dorotheum 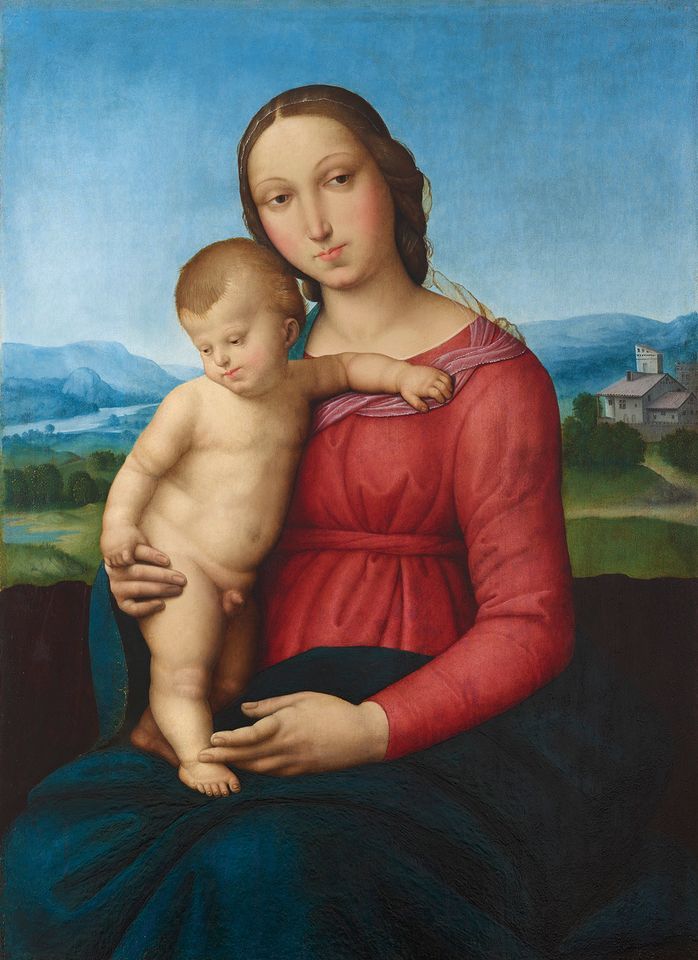 A painting of the Madonna and child with the attribution “close to Raphael” sold for a hammer price of €1.27m at Vienna’s Dorotheum, more than three times the high estimate, after a leading Italian art historian suggested it is the work of the artist in collaboration with associates.

The painting, billed as a discovery, was once in the collection of Adèle d’Affry, a 19th-century Swiss noblewoman and artist who married Carlo Colonna, the duke of Castiglione. It is not known whether the painting came into her possession through her marriage, but it remained in her family until yesterday’s auction. The Colonna family also owned known works by Raphael, including the Colonna Altarpiece (1504) in the Metropolitan Museum and the Colonna Madonna (1508) in Berlin’s Gemäldegalerie.

Shortly before the 22 October auction, Claudio Strinati, the author of a 2016 Raphael monograph and the former director of the Roman Museums, endorsed an attribution to “Raphael and Associates.” He argues that the painting is a work described by Giorgio Vasari in his 1550 book Lives of the Artists as being initiated by Raphael and completed by Ridolfo del Ghirlandio.

“We think this probably made the work even more interesting,” says Doris Krumpl, a spokeswoman for Dorotheum. She declined to give any details about the buyer, who was a telephone bidder.

Mark MacDonnell, an expert in Old Masters at the Dorotheum, says the price—though considerably higher than the estimate of €300,000-€400,000—does not suggest bidders were entirely convinced the painting is an early Raphael. “It is a painting that will be debated for a long time,” he says. “It is a puzzle. The question mark is still there.”

MacDonnell says the work is in many ways typical of paintings and drawings by Raphael from his time in Umbria between 1497 and 1504. Technical analyses of the paint have revealed that the artist used a red pigment containing manganese and glass powder that was used by only a very small circle of painters including Raphael and his father, MacDonnell says.