Collaterals and extras: the Venice Biennale’s other shows 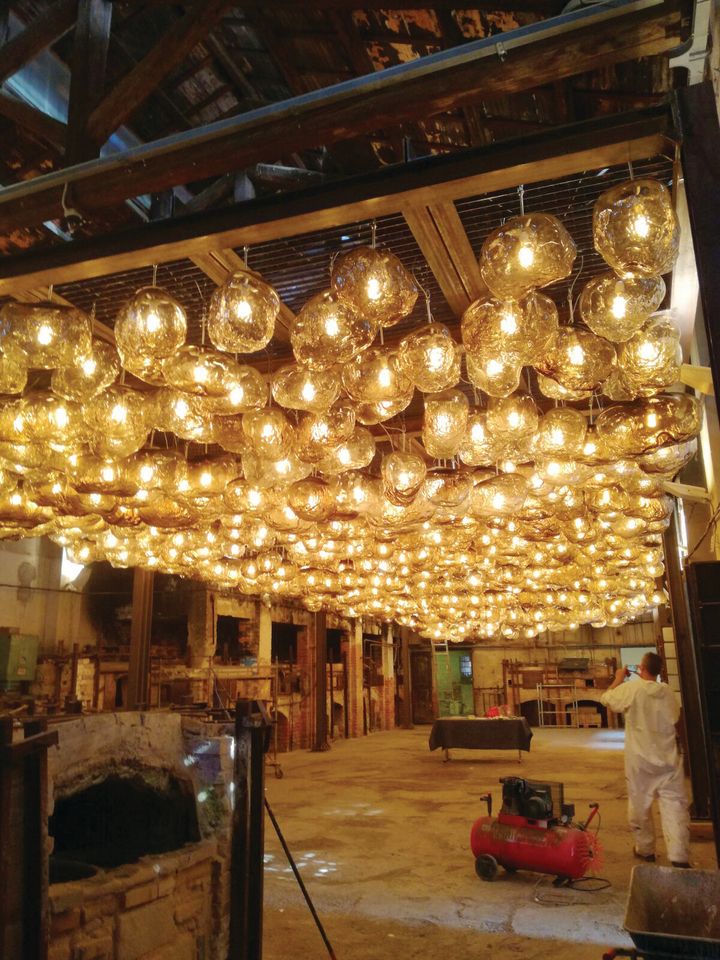 Loris Gréaud’s The Unplayed Notes Factory, made up of 1,000 glass pieces, is installed in Campiello della Pescheria on Murano (Image: © Loris Gréaud; Gréaudstudio)

A “ghost ship” on Murano

The French artist Loris Gréaud shows 1,000 glass pieces made from hourglass sand in an abandoned furnace on Murano—the Venetian island famous for producing elaborate glassware. The furnace, which has been closed for more than 60 years, is being “secretly revived and plays host to a whole new trade: an unofficial production line”, says a project statement. “The continuous performance of the glass gaffers [blowers] on site soon turns into a strange ‘tableau vivant’,” Gréaud adds.

Nicolas Bourriaud, who is organising the exhibition, says that, in reviving the site, Gréaud is building “a sort of ghost ship in which art works like a vital breath”. But why should visitors bother venturing out to the lagoon? Bourriaud argues that the Biennale has become “somewhat similar to a marked path” with ever-increasing national pavilions and “private initiatives”, so Gréaud’s project, The Unplayed Notes Factory, “stands out as an artist’s project, and as the creation of a venue rather than the takeover of a space”.

The installation is part of the Fondazione Berengo’s Glasstress initiative, alongside a show of glass works by 40 artists, including Ai Weiwei and Laure Prouvost, at the Palazzo Franchetti. 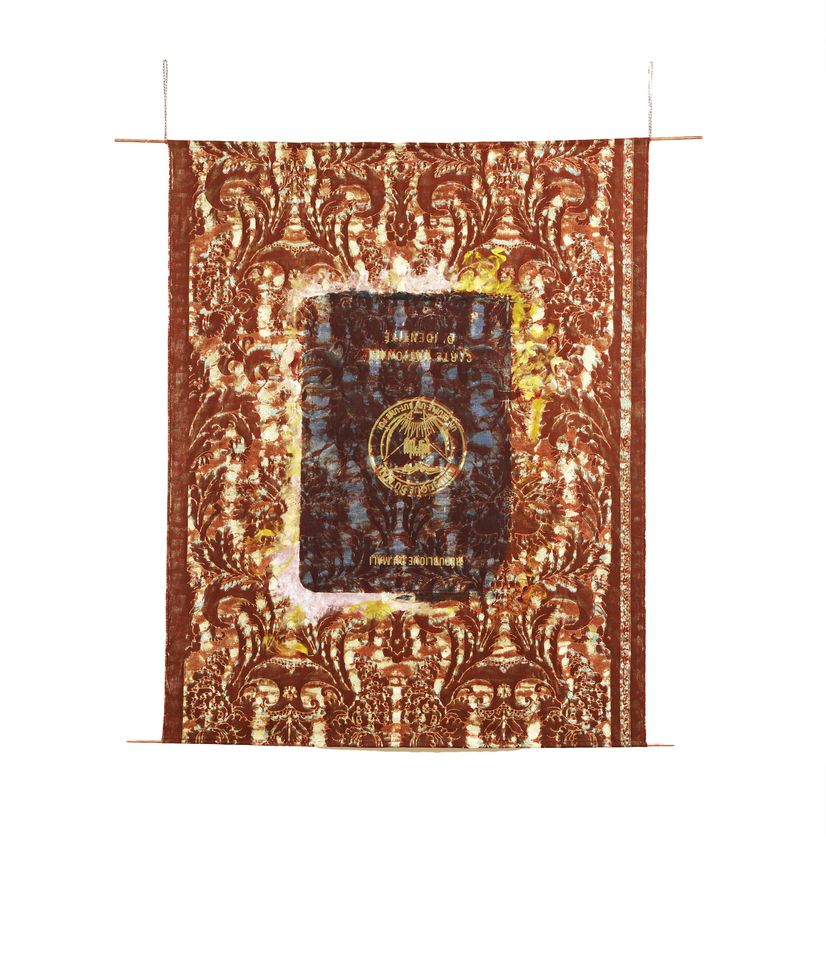 Shezad Dawood, Passport of the Republic of Mali; issued on date --/--/14 in Bamako (2017) (Image: courtesy of the artist and Leviathan - Human & Marine Ecology; Prudence Cuming Associates)

An ambitious new film project conceived and directed by the London-based artist Shezad Dawood is making a splash. Dawood has unveiled the first two episodes of Leviathan, an epic ten-part film cycle, at the newly restored Palazzina Canonica next to the Giardini.

The film comprises news clips and documentaries as well as scenes shot at London’s Natural History Museum and on an abandoned Venetian island. The narrative—focusing on issues like migration, marine conservation and mental health—will unfurl over the next three years.

“I’ve been speculating about the overlap between different areas,” Dawood says. “Migrants crossing the sea at one of the most popular entry routes are passing over a hump on the sea floor which is a flash-point for the warming of the oceans, and in turn that makes it such a perilous crossing. There is also a significant level of trauma experienced by the migrants who make these crossings and their wider family networks.”

Episode three will be shot in Venice and shown there in September, and all ten episodes will be presented in 2020. “The idea is to play with the language of HBO or Netflix and stream

The Fondation Louis Vuitton, the private collection founded by the French luxury goods tycoon Bernard Arnault, is rich in works by Pierre Huyghe, the creator of enigmatic shared social experiences. “His ambition is to allow the visitors to move away from an anthropocentric perspective and, instead, reflect on their complex relationship with the invisible world—animal, vegetal and mineral,” says a foundation spokeswoman. Three Huyghe works are being shown at the Espace Louis Vuitton Venice, including A Journey That Wasn’t (2005), a film splicing Antarctic footage with shots of a concert on an ice rink in Central Park, New York. Penguins pop up in both—an albino in the Antarctic and an animatronic animal in Manhattan. 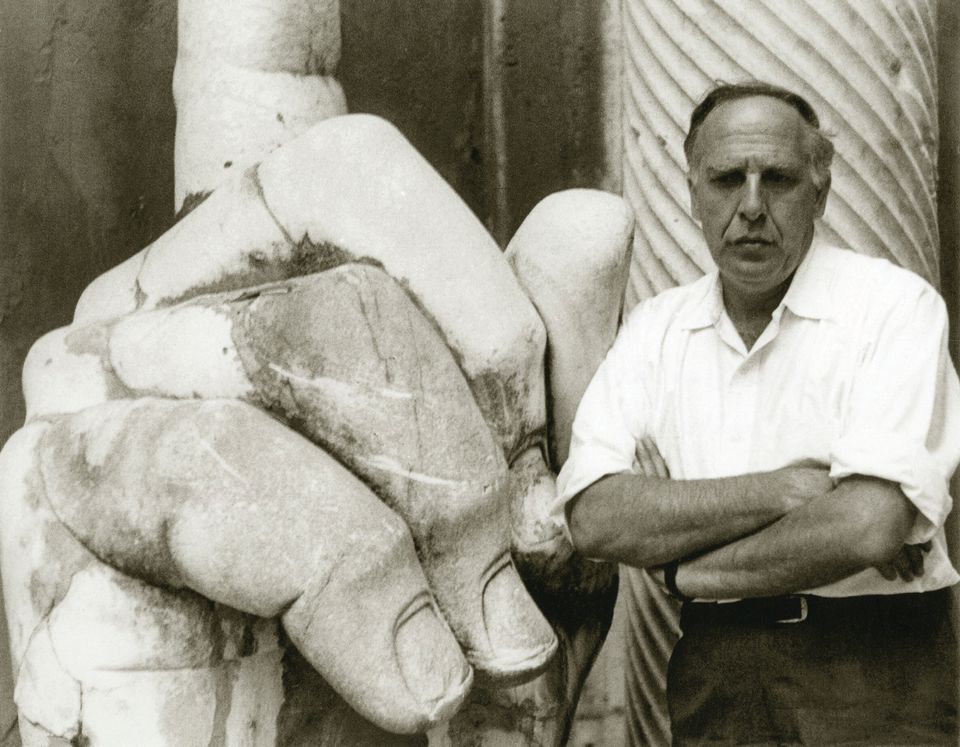 Philip Guston represented the US at the 1960 Venice Biennale (Image: Virigina Dortch, © The Estate of Philip Guston, courtesy of Hauser & Wirth)

When Philip Guston represented the US at the 1960 Venice Biennale, the Gallerie dell’Accademia was his “first stop” in the city, says Musa Mayer, the artist’s daughter and president of the Guston Foundation. The museum, better known for masterpieces by Mantegna, Giorgione, Titian and Tintoretto, presents 75 of Guston’s paintings and drawings. “From his own writings during his time in Italy, we know that the paintings he discovered in the halls of the Accademia exerted enormous influence upon his vision,” says the gallery’s director Paola Marini. The exhibition is called Philip Guston and the Poets, and explores the affinities between Guston’s work and the words of five poets: T.S. Eliot, D.H. Lawrence, W.B. Yeats, Wallace Stevens and Eugenio Montale. 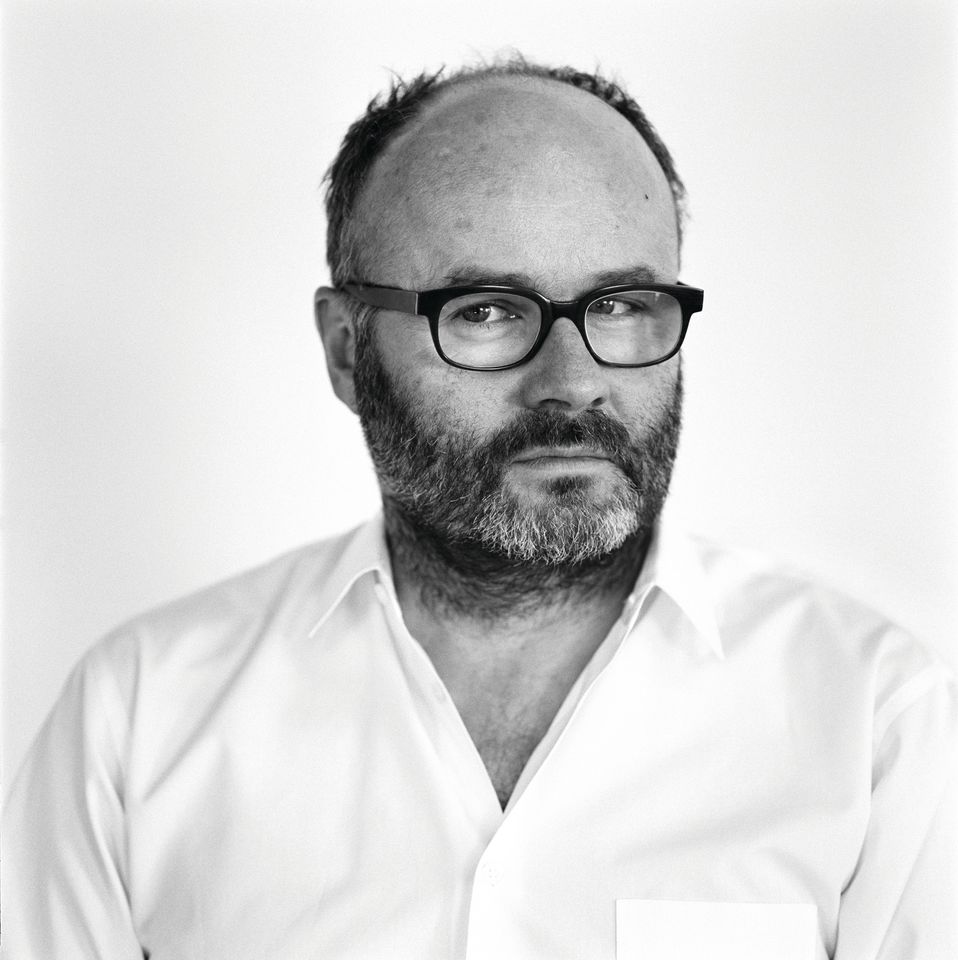 Thomas Demand is one of a trio of German artists at the Prada Foundation (Image: © Brigitte Lacombe)

Three major figures from the German cultural scene—the photographer Thomas Demand, the stage and costume designer Anna Viebrock and the filmmaker Alexander Kluge—are brought together by the Prada Foundation for an exhibition at its Venetian home, Ca’Corner della Regina. Udo Kittelmann, the director of the Nationalgalerie in Berlin, will organise the show, titled The Boat is Leaking. The Captain Lied. The exhibition will include photographs, installations and films on display across the three floors of the 18th-century palazzo. Kittelmann says in a statement that the collaboration came about through a “shared awareness, both on an emotional and theoretical level, of the critical aspects of present times and the complexity of the world we live in”. 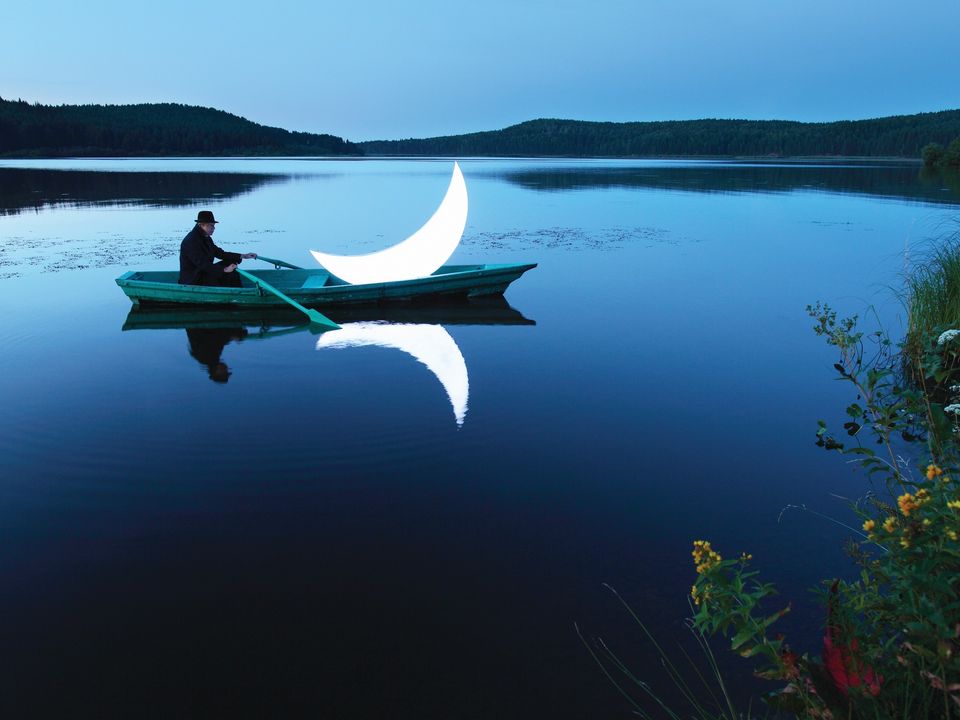 Leonid Tishkov’s Journey of the Private Moon in the Urals (2015), part of the Pushkin show at Palazzo Soranzo Van Axel (Image: courtesy of the artist)

The Pushkin State Museum of Fine Arts is making its debut at the Venice Biennale with the exhibition Man as Bird, Images of Journeys. Co-organised by the director Marina Loshak and the head of media art Olga Shishko, it heralds a new emphasis on contemporary art at the Moscow museum. With works by 14 Russian and international artists, from the Provmyza art group to the Belgian photographer and filmmaker David Claerbout, the show “invites the viewer to travel across multiple dimensions”, Shishko says. Few works are better travelled than Leonid Tishkov’s ongoing Private Moon Project, which has seen the Russian conceptualist photograph his crescent moon sculpture in Paris, Taiwan and the Ural Mountains. 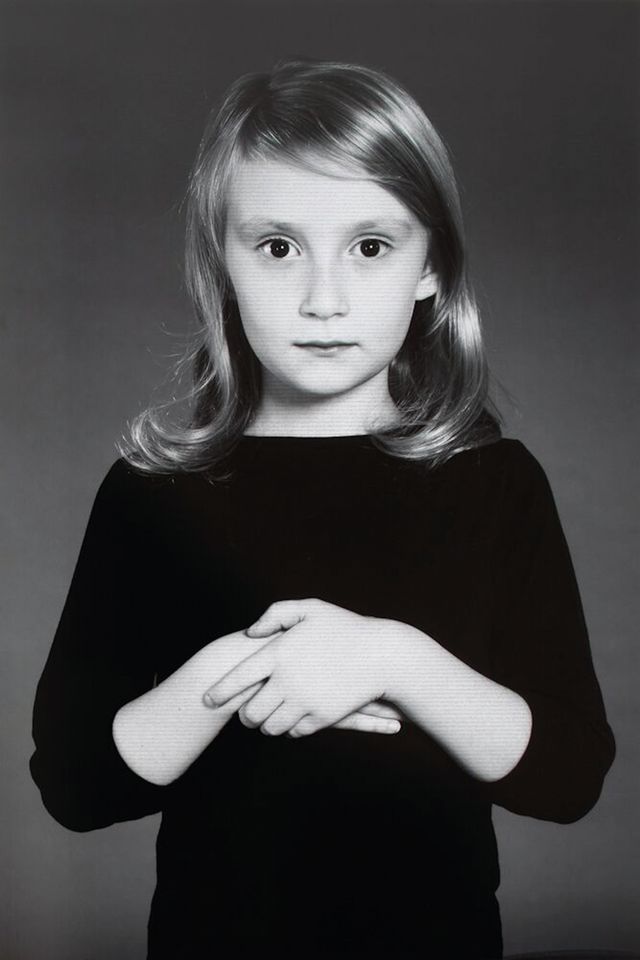 The eyes have it

At the Museo Correr, the Iranian-US artist Shirin Neshat is showing two of her most recent works—a selection of photographs from the series The Home of My Eyes (2015) and the video Roja (2016). The photographic series depicts 55 portraits of the people of Azerbaijan, and Neshat describes it as “a tapestry of human faces”. The subjects are all captured close-up with clasped hands, referencing Christian religious paintings such as those by El Greco. The accompanying video is based on the artist’s personal dreams and memories, and explores an Iranian woman’s feelings of displacement and the blurred lines of fiction and reality.