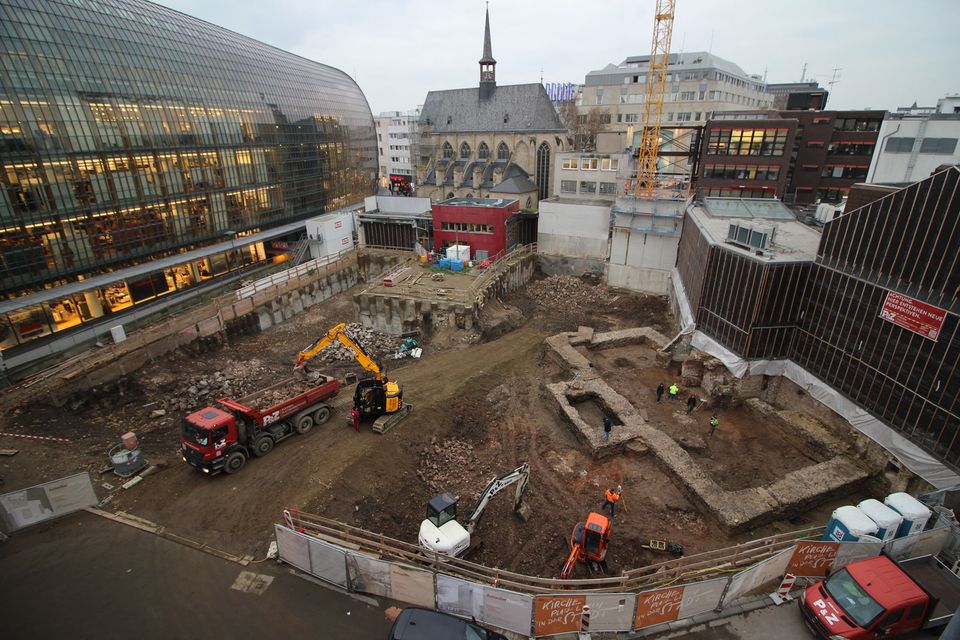 The foundations of a Roman building that is probably the oldest library in Germany have been uncovered in central Cologne in archaeological excavations during the construction of a new parish building for the protestant church.

The walls are comparable to other libraries of the Roman Empire, such as the one in Ephesus, says Dirk Schmitz, the head of the Cologne archaeological monument authority. It dates back to between 150 and 200 A.D. and, as was usually the case in Roman cities, is located in the ancient forum.

“There are niches along the inside of the walls which have remained intact,” Schmitz says. “They were almost certainly used to store the scrolls.” A small annex to the building was probably an alcove where a statue of the Roman goddess Minerva once stood, he says.

The church plans to build an underground car park on the site, but will ensure public access to the remains.

Cologne is the only German metropolis with a history stretching back 2,000 years. Known as Colonia, it was the capital of the Roman province of Germania Inferior and a regional military headquarters.

The city’s Römisch-Germanische Museum houses more than 10 million objects unearthed in the city. Another important recent find, discovered during construction work on the underground rail network, are oak planks almost 2000 years old that formed part of the Roman-era port wall.