The artist says photographs of her canvas Bright Music II, offered for sale online, have been altered beyond recognition as her work

Pat Lipsky, an artist associated with the Lyrical Abstraction and Color Field movements, is known for her boldly coloured abstract paintings on often unprimed canvas. That vividness is such a signature element of her style that the artist filed a lawsuit on Monday against New York’s Spanierman Gallery and the online art sales platform Artspace, complaining that the images they are using to sell a 1969 painting she made have been digitally lightened beyond recognition as her work. 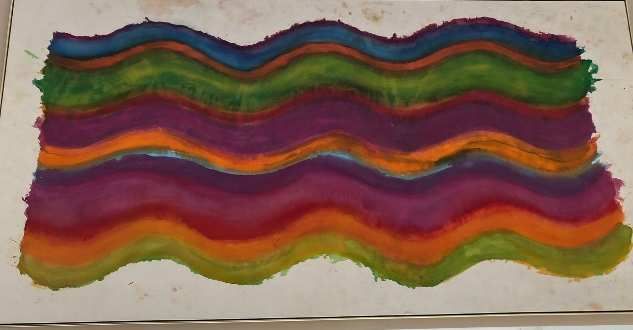 In her suit, the artist says that Spanierman and Artspace have used an image of her painting Bright Music II that has been digitally manipulated to disguise damage, “most likely due to moisture, mold, and/or mishandling”, to the raw areas of the canvas. But the resulting image also “grossly distorts the Work’s overall color palette, substantially muting the colors of the Work’s composition and making them appear chalky and lifeless,” according to the complaint.

Lipsky adds that she has seen “her painting sales drop” since Spanierman, which does not represent the artist, first began using the doctored image of Bright Music II in 2019, when the work was consigned to the gallery for sale by its current owner. After contacting the gallery to express her dismay over the appearance of the then 50-year-old painting, Spanierman subcontracted the sale of the work to Artspace, according to the court documents.

Lipsky is suing under New York State’s 1984 Artist Authorship Rights Act, a statute designed to give artists the legal right to claim or disclaim authorship of a work of art, and object to its display, publication or reproduction in an altered, defaced, mutilated, or modified form that could damage the artist’s reputation. The state law was a precursor to the 1990 Visual Artists Rights Act, an amendment to the federal copyright act. Megan E. Noh, a partner at the New York law firm Pryor Cashman who is representing the artist, says that the federal statute “does not apply to the distortion of images of artworks but only to the physical distortion and destruction of the actual work,” while the older New York law expressly covers reproductions, such as photographs used for sales purposes.

Lipsky is seeking to stop any sale of the painting that describes the work as “by Lipsky” and to be paid for damages to her reputation.

Gavin Spanierman said he had no comment to make on the lawsuit or any questions posed about the work’s sale, and press representatives for Artspace did not respond to emailed requests for comment. The lawsuit could serve as a cautionary tale, however, for galleries moving more heavily into online sales.