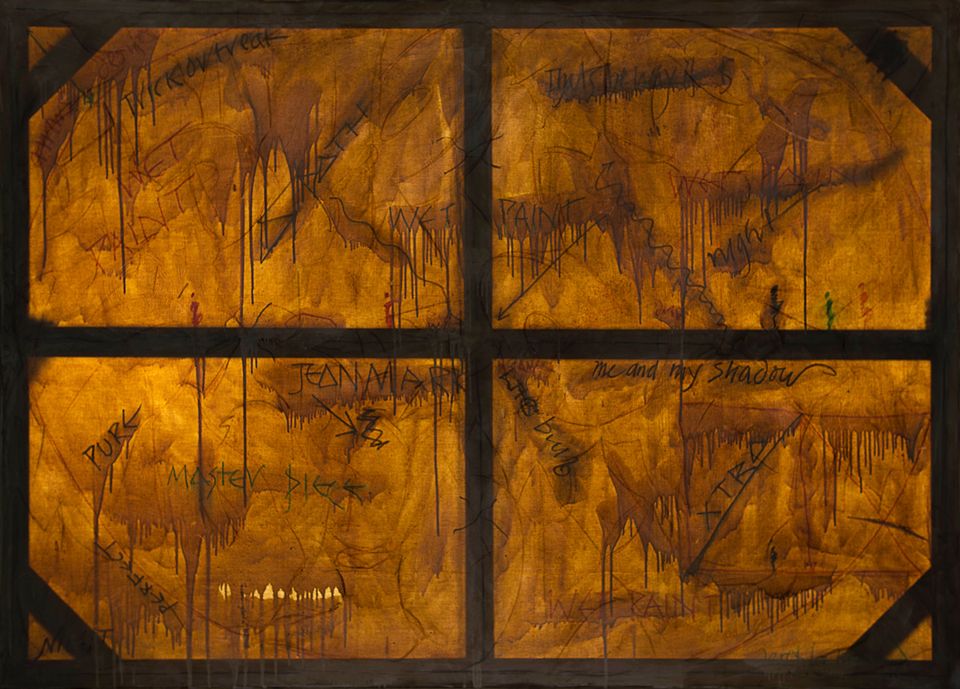 A photograph of the back of Derek Jarman's Pleasures of Italy (1972), showing the inscriptions hidden beneath the paint Private Collection (CM London). Photo: Louis Haugh

A wealth of inscriptions that were hidden beneath a Derek Jarman painting have been uncovered by the independent conservator Joanna Shepard. The words and symbols found beneath the paint of Pleasures of Italy (1972) throw light on the late artist and activist’s relationships and interests—from Jungian psychology to alchemy—that fed into his wider practice. The piece is currently on show in Dublin for the Irish Museum of Modern Art's retrospective on the artist, titled Protest! (until 23 February 2020).

Shepard reveals the discoveries in a technical appraisal of the artist's paintings due to be published in a series of essays by Thames & Hudson next March focusing on Jarman's life and work. Pleasures of Italy, which shows a series of dismembered torsos, was inspired by Jarman’s role in designing the set for Ken Russell’s 1971 film The Devils.

“Examining the painting for this show, a chance back-lighting revealed dozens of inscriptions beneath the paint, deliberately and almost completely painted out, some featuring magical symbols substituted for individual letters,” writes Shepard. The words and markings reflect his fascination with alchemy while phrases such as “Me and My Shadow” draw on Swiss psychiatrist Carl Jung’s philosophy. 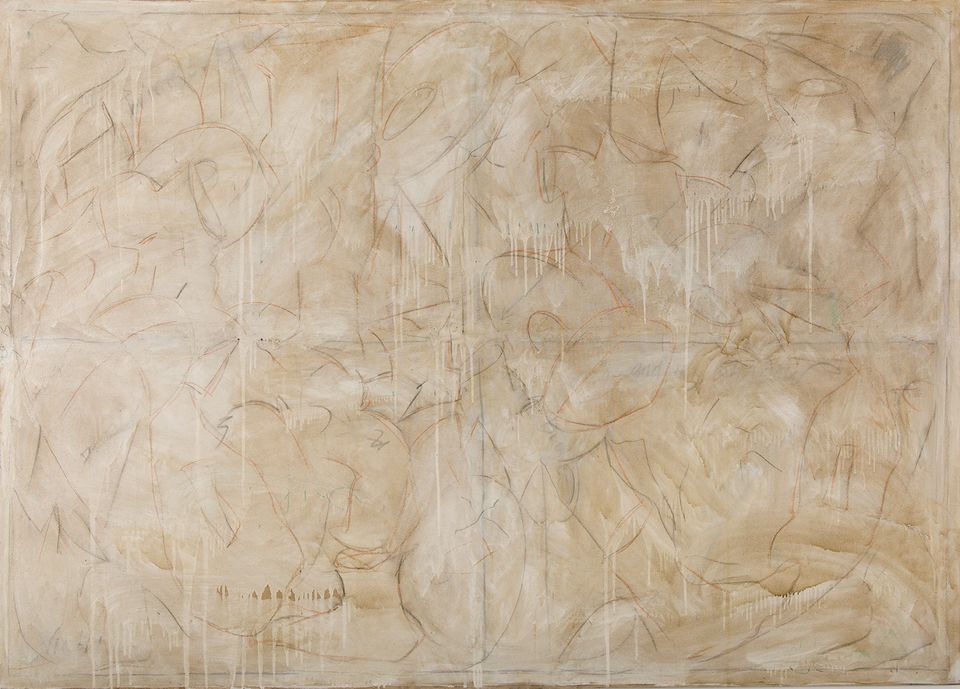 The words "Jean-Marc" may reference Jean-Marc Prouveur, an ex-partner of Jarman’s. Other words scrawled on the canvas include “Trick or Treat”, “Perfect” and “Pure”. Jarman also gives paradoxical views of his practice, saying “This painting is a failure” and “Masterpiece”.

Shepard describes in depth how Jarman made the work. “Here, he has applied what appears to be acrylic paint, gloss house paint and dilute gold metallic paint, in such quantities and so expressively that they form drips and tidemarks over much of the surface.”

The IMMA exhibition includes works from all phases of Jarman’s career including a rarely seen self-portrait from 1959 and other early works such as the Avebury Series II (1973). In 1986 Jarman was diagnosed as HIV-positive and became one of the first public figures to openly announce his disease. Some of his monumental “slogan paintings” from the early 1990s incorporate words referencing the tabloid hysteria and the public’s fear of HIV/Aids.