The former nightclub 'doorman' is now on display at the Museum of Norwich. 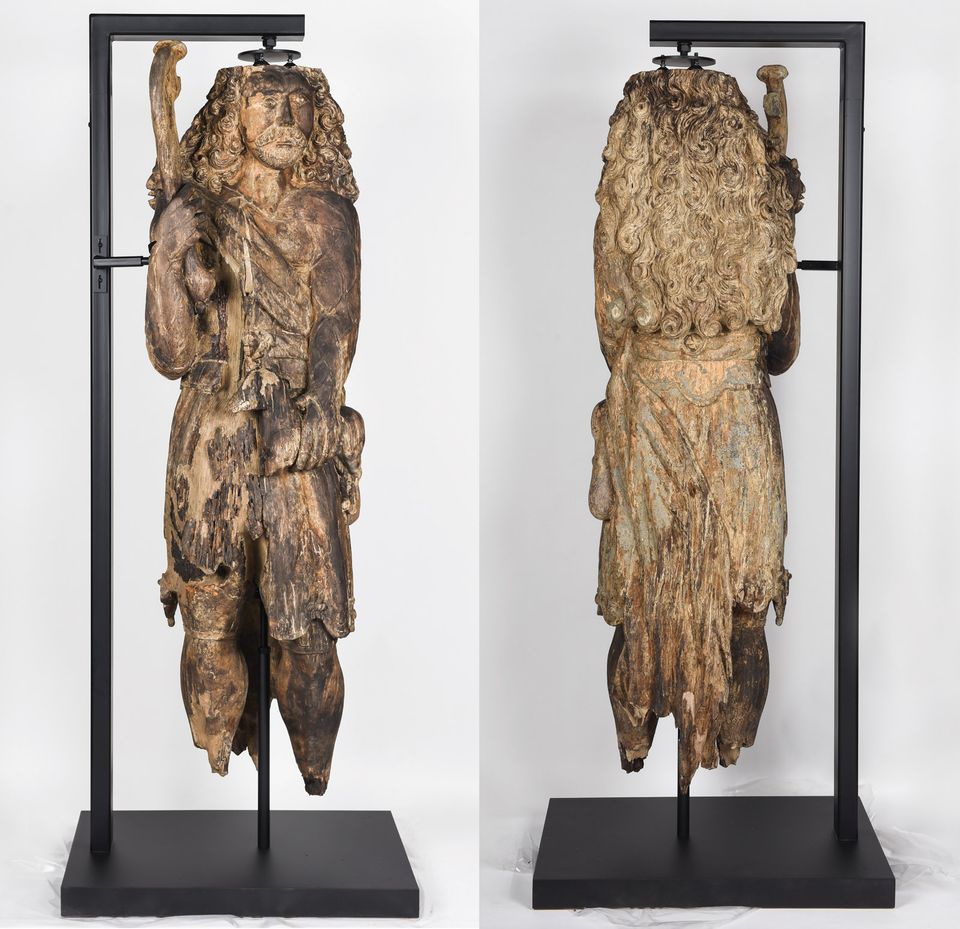 A rotting 17th-century oak sculpture of the mighty Biblical hero Samson that once served as a nightclub “doorman” has been meticulously rejuvenated by restorers for a new display at the Museum of Norwich.

Samson and his partner Hercules were atlantids: carved columns commissioned by the mayor of Norwich in 1657 to guard the entrance of his home in Tombland, the historic heart of the English city. From the 1930s to 2003, the building welcomed a stream of revellers as a dance hall and nightclub named Samson & Hercules during the Second World War and rebranded as Ritzy’s in 1983.

While a decayed Hercules was replaced in the late 19th century, Samson endured. Locals finally raised the alarm for the preservation of the weather-beaten figures when Samson’s right arm fell off in the summer of 1992 and the pair were removed to the care of Norfolk Museums. Fibreglass replicas have flanked the Tombland building, currently a Mexican restaurant, since 1999. 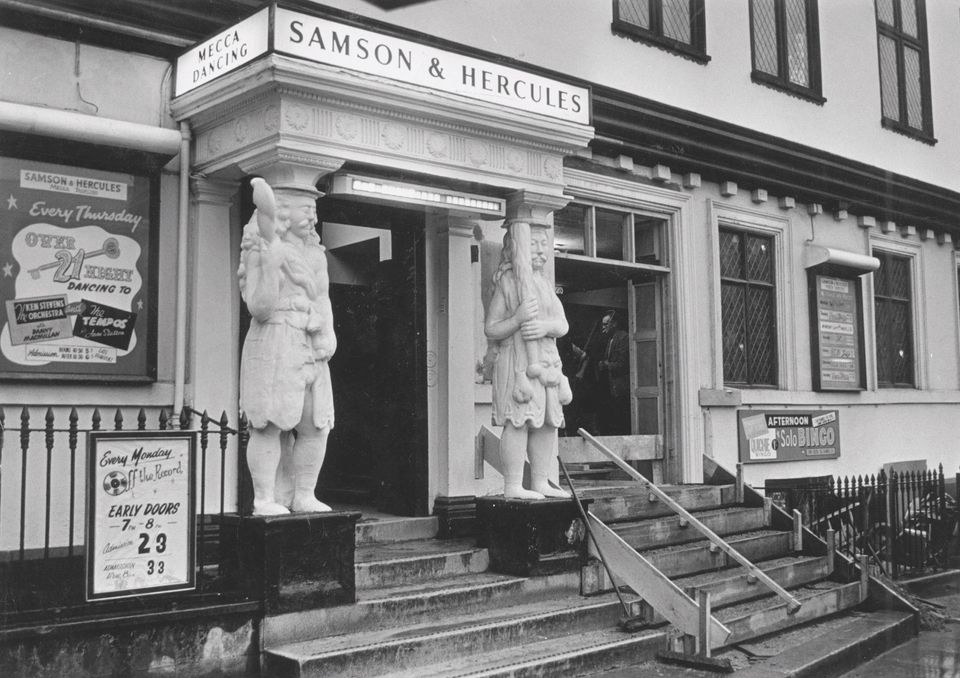 Two decades later, the original Samson has returned to public view in Norwich after a dramatic makeover. Norfolk Museums engaged the conservation firm Plowden & Smith to oversee a four-year, £32,500 treatment of the sculpture that earned an award nomination for best restoration project of the year at the UK’s Museums and Heritage Show last month.

The first challenge was to “release” the fine carving from its 28kg “shell” of around 60 layers of hazardous white lead paint, says Loredana Mannina, Plowden & Smith’s senior decorative arts conservator. The painstaking process—designed to minimise disturbance to the wood inside—called for a dummy hammer and stone chisel, a hacksaw and then a scalpel for intricate details.

Samson’s head retained its legendary curls but was blooming with fungus. Water had caused such “severe and extensive rot”, Mannina says, that the sculpture’s interior was “soft as a sponge”—akin to archaeological wood. Conservators spent weeks strengthening the fragile core with a liquid consolidant, inserted by syringe. A missing section of torso had to be completely filled with cellulose fibre.

With much of his strength restored, this local icon was unveiled at the Museum of Norwich in April after the Saving Samson campaign passed its final hurdle: crowdfunding £15,000 for a bespoke, environmentally controlled display case.