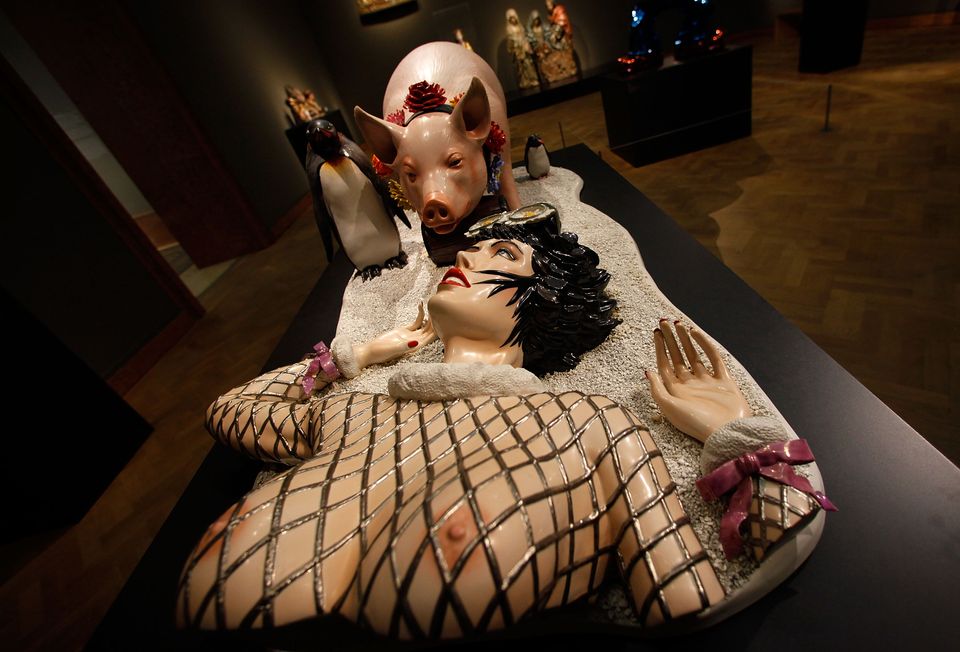 Fait D'Hiver (1988) by Jeff Koons, on show at the Liebighaus museum on in Frankfurt in 2012 Photo by Ralph Orlowski/Getty Images

A legal row that began in late 2014, when Jeff Koons was accused of plagiarising a famous advertising campaign by the French clothing brand Naf Naf, is likely to be settled next month. The case was finally heard in a Paris court on 24 September, almost four years after the allegations were first aired.

Franck Davidovici, the creative director of Naf Naf, who formally filed his complaint in January 2015, is suing Koons for €300,000 for copyright infringement. Davidovici's lawyer, Jean Aittouares, describes Koons’s 1988 porcelain sculpture, Fait d’Hiver, as a “slavish copy” of an advertisement Naf Naf ran in 1985 featuring a young girl lying in the snow being nuzzled by a pig with a barrel of rum tied round its neck in the style of a St Bernard rescue dog.

Koons’s work, which was bought by the Prada Foundation for around $4.3m with fees at Christie’s New York in 2007, depicts a pig and two penguins nosing the bust of a woman lying in what appears to be snow. Aittouares told Le Monde: “It’s the same work in three dimensions, to which Jeff Koons has added flowers and a penguin to evoke the cold, with the aim of sticking to the original work. The statement is strictly the same.” 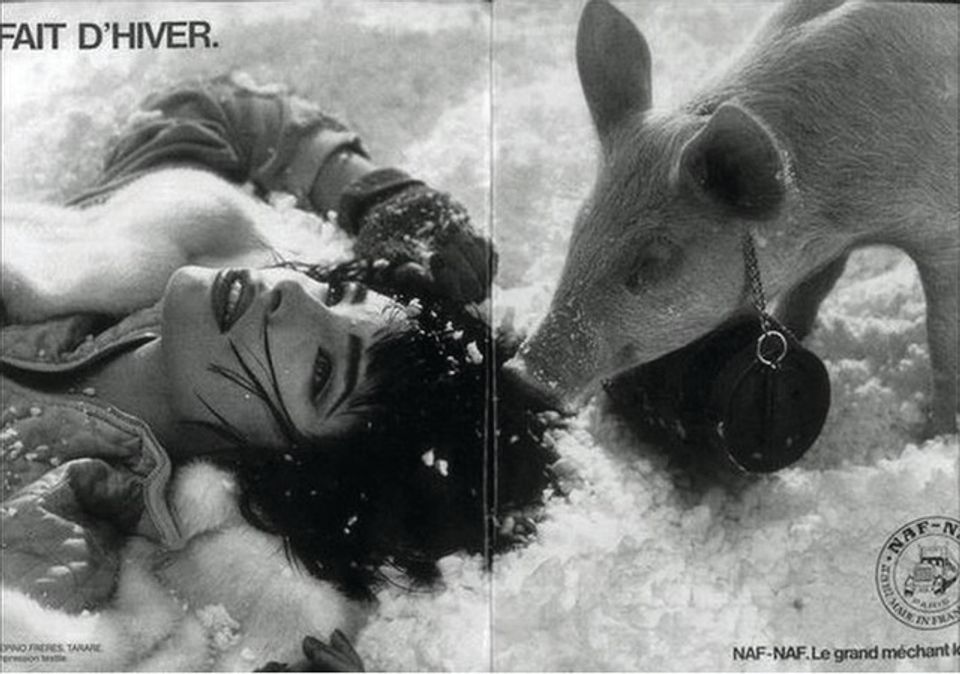 Aittouares is seeking to have the work confiscated, pointing out that it “helped to make Jeff Koons who he is today—one of the most expensive contemporary artists in the world”. The sculpture is part of Koons’s celebrated Banality series.

Davidovici was first made aware of Koons’s sculpture when he came across it in the catalogue for the artist’s 2014 show at the Centre Pompidou in Paris, according to Le Monde. The work was eventually removed from the exhibition at the request of the lender.

The Pompidou and the Prada Foundation, which are also being sued for reproducing images of the sculpture, both declined to comment.

At the time, Alain Seban, then the president of the Centre Pompidou, defended Koons. “The very principle of [his Banality sculpture series] is to draw on objects bought in shops or images seen in the press,” he said.

Koons’s studio could not be reached immediately for comment, but, according to AFP, Koons’s lawyer says the artist does not deny that he was inspired by the Naf Naf advert. “Quite the contrary; this is his particular artistic approach,” Emmanuel Baud says. “But, in his porcelain sculpture, the message conveyed is different, new. It is that of the banal as saviour.”

The Paris district court is expected to make a judgement on 8 November.