Terry Frost's work, which was last seen on a train between London Euston and Crewe, joins a long list of disappearances associated with public transport 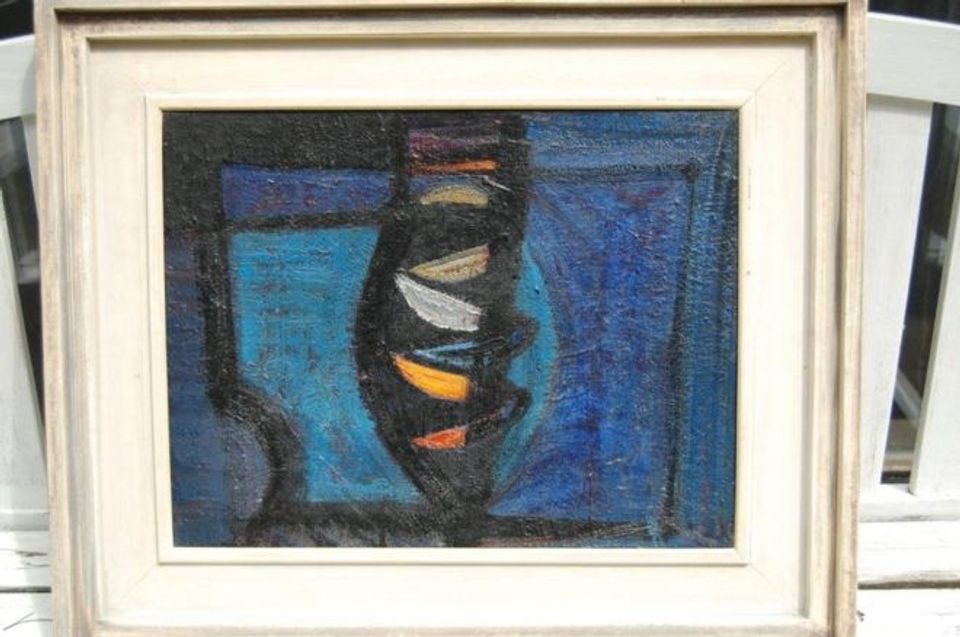 While for many of us travelling by train is a distant memory from before Coronavirus (Covid-19) took hold, a painting by Terry Frost is the latest missing work to reach notoriety via public transport.

Blue Harbour (1954), by the British artist, is reported to be worth tens of thousands of pounds and was last seen on a train travelling between London Euston and Crewe, in January. The owner believes the work, which was wrapped in brown paper, went missing part way through the journey and now a public appeal is calling for information about the painting’s whereabouts.

It is not the first time the British Transport Police (BTP) have transformed into art detectives. Last October, the force appealed for the return of an 18th-century violin by the Italian maker David Tecchler, which had reportedly featured on scores for Harry Potter and was worth an estimated £250,000. The antique was stolen after having been accidentally left on the luggage rack of a train in south London. Following a public appeal, the owner was reunited with the instrument after an individual contacted him via Twitter and the piece was returned. No charges were made.

A spokesperson for BTP confirmed that the steps to locate missing art and antiques “will vary depending on what’s stolen, but will largely include reviewing train or station CCTV around the time [the item is] believed to have been stolen, interviewing the victim, finding out exact details of the stolen item and releasing a media appeal if needed”.

Public transport has also been the site of recovery for stolen art, including the discovery of Degas’s Les Choristes (1877) in the luggage compartment of a bus near Paris in 2018, after its theft from a museum in Marseille in 2009. Fruit on a Table or Still life with a Small Dog (1889) by Paul Gauguin and Woman with two armchairs (1909) by Pierre Bonnard, which were stolen in 1970, were found in an Italian man’s kitchen in 2014. The factory worker is thought to have bought the works (very cheaply) at an auction, following their discovery in the lost property office of an Italian train station.