Costs soar for Berlin’s planned Museum of the 20th Century 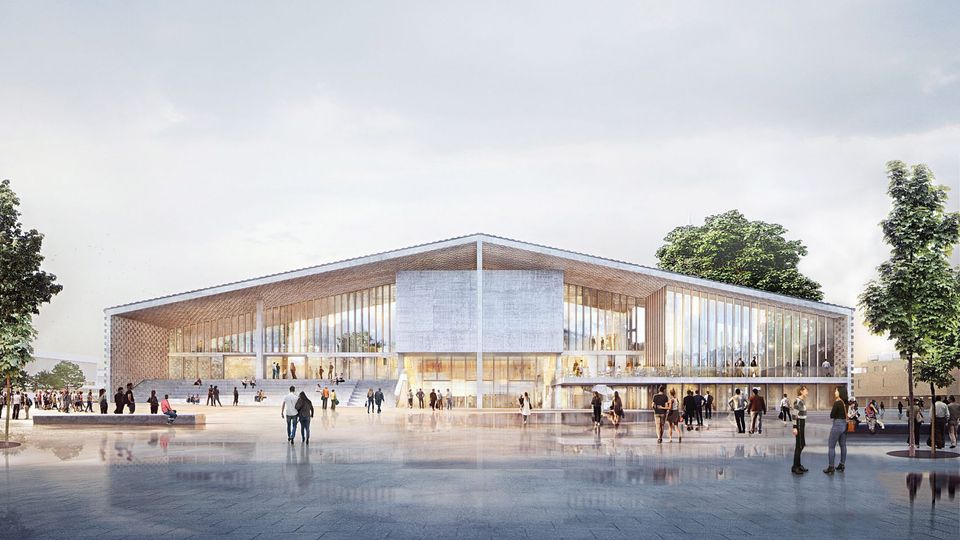 The estimated costs for Berlin’s planned Museum of the 20th Century have more than doubled since 2016, according to the latest projections by the German government.

In a statement, the German culture minister Monika Grütters said the government is setting aside €450m for the new museum, designed by the Swiss architecture firm Herzog & de Meuron, more than double the initial budget of €200m. The new figure encompasses a €364m construction expenditure, alongside €52m to cover potential cost increases and an extra €34m cushion for unforeseen additional costs.

The unassuming long, low red-brick structure will be situated by the Kulturforum near Potsdamer Platz, between Ludwig Mies van der Rohe’s metal-and-glass Neue Nationalgalerie, which is currently closed for renovation, and Hans Scharoun’s spiky gold Philharmonie—both architectural landmarks of the 1960s. Flanked on one side by Friedrich August Stüler’s red-brick 19th-century St. Matthäus church, it initially invited comparisons to a railway station, a barn and an indoor market.

“It is true that this architecture polarises,” Udo Kittelmann, the director of the Nationalgalerie, said today at a press conference in Berlin. “But the best architecture and the best art always polarises.”

In the three years since Herzog & de Meuron were announced as the architects, the firm’s design has undergone considerable changes, even before building has begun. Construction is expected to begin this year, with completion scheduled for 2026.

One reason for the escalation in costs is that the surface area of the museum has had to be decreased in order to leave more space around the St. Matthäus church. “We had to compensate for the smaller surface area with volume,” which means digging deeper in Berlin’s notoriously swampy soil, Jacques Herzog said. The museum will comprise 9,000 sq.m of exhibition space.

At present, the Neue Nationalgalerie can only display about a quarter of Berlin’s vast stores of 20th-century art at any given time, Grütters said, adding that “the Museum of the 20th Century is urgently needed to give the Neue Nationalgalerie’s world-class collections adequate space”. The museum will also display works from large private collections donated to Berlin by Ulla and Heiner Pietzsch, Erich Marx and Egidio Marzona.

Gerhard Richter has agreed to donate works for a room devoted to his art. One room is allocated to Joseph Beuys’s installation Das Kapital (1970-77).

The new museum intends to be used as a crossroads linking the Philharmonie, Gemäldegalerie complex and Neue Nationalgalerie—which are currently somewhat separate and isolated—and to become “a part of the life on the square, the hub of the Kulturforum,” Herzog said.

It will be linked underground to the Neue Nationalgalerie and will include special features such as a screen over one entrance which will allow public viewings of video art. The plans envisage keeping an east-west passage through the museum open in the evenings to allow visitors to use the restaurant and cafes or take a stroll after a concert at the Philharmonie.