A portrait of Rembrandt sold for more than 30 times its estimate—could it be by the Dutch master himself? 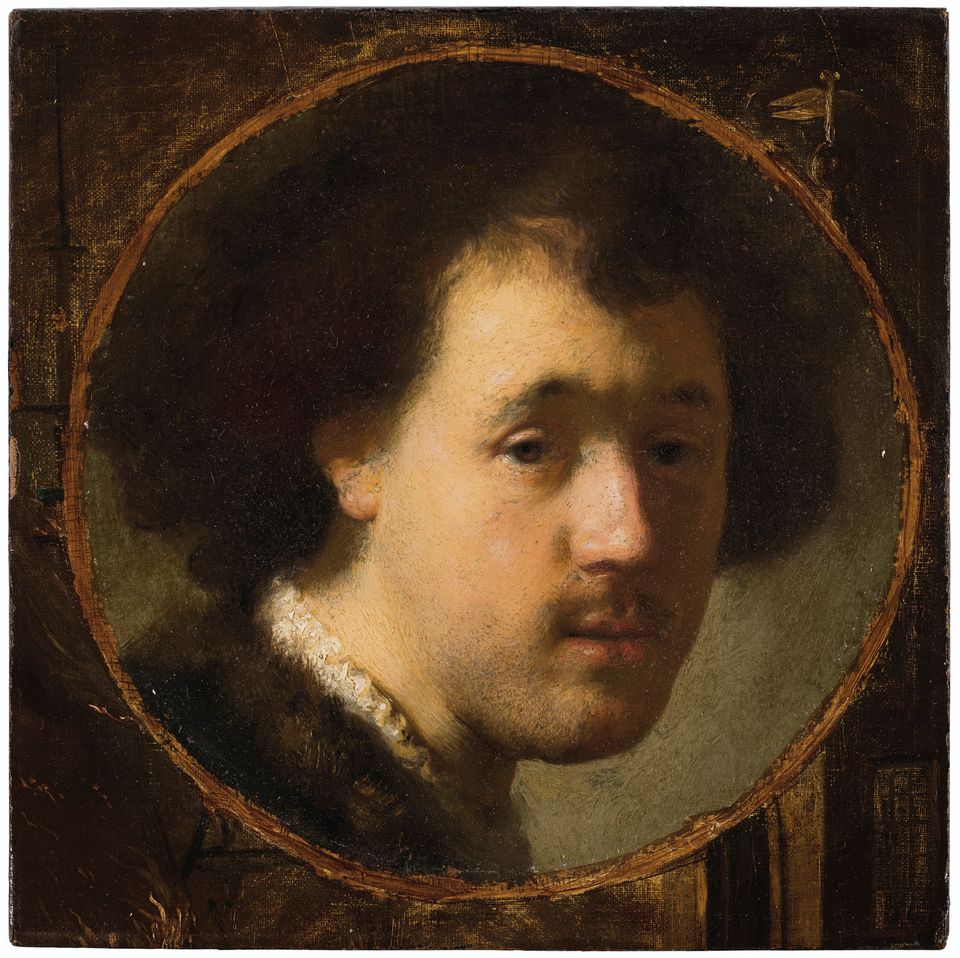 Manner of Rembrandt Harmenszoon van Rijn, A portrait of the artist (around 1628) © Christie’s Images Limited 2019

A portrait of Rembrandt from The Bass collection in Miami vaulted 30 times over its pre-sale estimate to fetch $550,000 ($675,000 with fees) at Christie’s in New York last week.

Catalogued as “manner of Rembrandt”, the high price has prompted speculation over whether the rather heavily overpainted and undated canvas is in fact an autograph work.

Provenance details are scant. The painting was acquired by John and Johanna Bass and donated to the US museum named after them in 1964, but there is no information prior to that, according to the online catalogue. The composition is derived, Christie’s says, from two self-portraits by Rembrandt: one in the Rijksmuseum in Amsterdam (around 1628) and one in Munich's Alte Pinakothek (1629).

“The picture is certainly intriguing,” says Anthony Crichton-Stuart, the director of the London gallery Agnews. “I wouldn’t say yes, no or maybe. We will just have to see.” He adds: “Whoever bought it must have done their research and have had a compelling reason to bid several hundred thousand dollars on it.”

For several minutes, it was two online bidders who pushed up the price to $120,000, at which point the Christie’s specialist John Hawley jumped in (the painting came to auction with no reserve). He eventually won it on behalf of an anonymous client bidding on the phone.

But Jan Six, the Dutch dealer who has made several Rembrandt discoveries in recent years, believes the portrait is by Rembrandt’s pupil, Isaac de Jouderville. “I looked at the painting for a very long time, and I tried to place it within Rembrandt’s oeuvre, roughly at the moment when he looks like that,” he says.

“It’s clearly Rembrandt’s face, but it’s not the way he would depict himself and it’s not his painterly style. If you look at the age of the sitter and the fact that he’s got a more elongated face, that is quite idiosyncratic for one artist who I would put my money on: Isaac de Jouderville.”

Six points to the pendant portraits of Jean Pellicorne and his son Caspar and Susanna van Collen and her daughter Anna in the Wallace Collection in London. There has been much scholarly debate over whether or not they are by Rembrandt; Six opines that the adults are by the Dutch master, but the children are by De Jouderville.

“If you put the face that was sold at Christie’s next to the children, you see that that is quite possibly the same hand,” Six says.

The dealer believes the Christie’s portrait is the only known example of Rembrandt by De Jouderville.

So was the $675,000 price tag worth it—Jouderville’s auction record, achieved in 2004, is only a smidgen more? Six thinks so. “I think it’s a very decent market price for the trade to take the gamble that it might be Jouderville,” he says. “And if it’s a private person, I think they had a fantastic buy because it’s worth it.”

As Crichton-Stuart suggests, it is unlikely we have seen the last of this painting. He says: “We won’t hear anything for a long time because I would imagine it will be restored, the overpaint taken off and returned to as good as condition as it can be. And then it will reappear. It’s just one where we have to say: watch this space.”