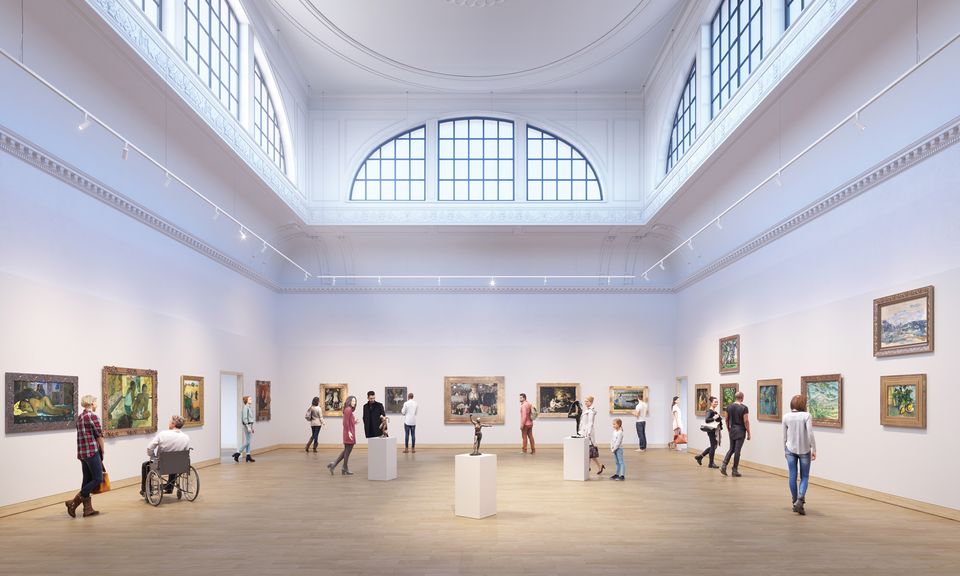 The Courtauld Institute of Art is to close its prestigious gallery for at least two years next summer, as it embarks on a £50m redevelopment. A highlight of the project will be opening up the Great Room to provide a dramatic space for Samuel Courtauld’s collection of Impressionist and Post-Impressionist paintings, which includes Edouard Manet’s A Bar at the Folies-Bergère (1882) and Paul Gauguin’s Nevermore (1897). The historic room, which housed the summer exhibitions of the Royal Academy of Arts until 1837, is London’s earliest surviving purpose-built art gallery.

In September, the Courtauld won planning permission for the scheme, designed by the architects Witherford Watson Mann, from Westminster Council. Somerset House, where the Courtauld Institute of Art and Courtauld Gallery have been based since 1989, is a 1770s listed building designed by William Chambers, so obtaining planning consent proved to be a complex process. With a pledge of £9.4m from the Heritage Lottery Fund and a further £9m promised by private donors (LVMH is making a contribution), the institute is now more than halfway to its £30m funding target for the gallery refurbishment.

The Great Room is on the second floor and has been divided by temporary walls since 2002, so visitors currently have little sense of the volume of the 200 sq. m space. Ernst Vegelin, the Courtauld Gallery’s director, now wants to remove the partitions to create a “climactic moment” at the end of the collection displays.

The challenge will be to avoid the art being swamped by the architecture. The room’s walls are more than five metres high, which could dwarf the paintings. The initial solution in the planning application is to install a freestanding, box-like structure near the centre, where paintings could be hung on the exterior and light-sensitive works on paper could be displayed inside. Another option is to break up the central space with sculptures. 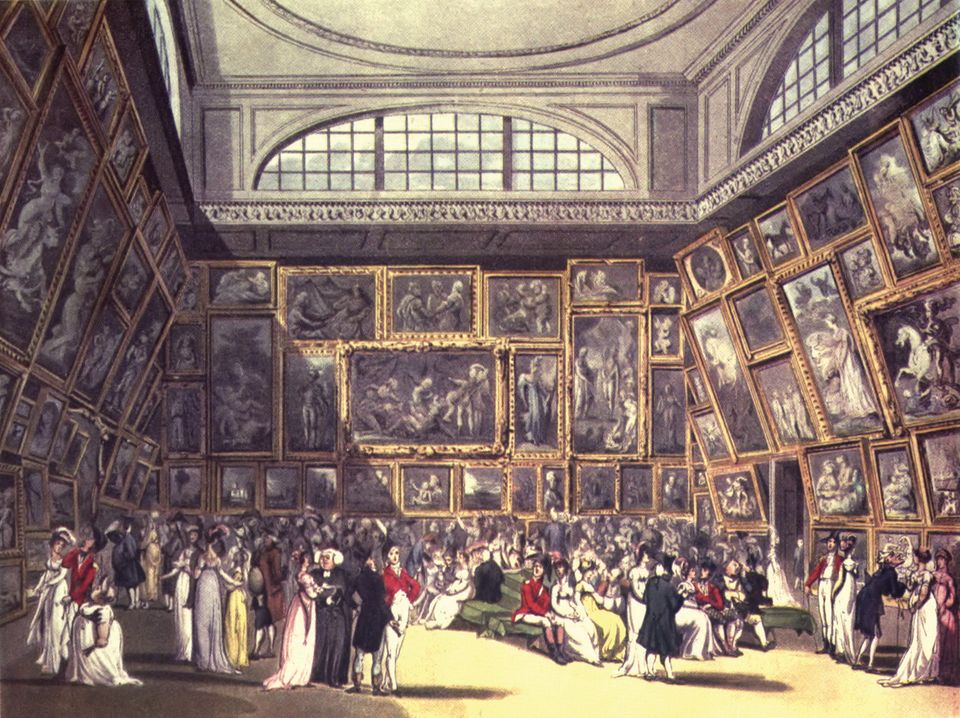 The Great Room in Somerset House once hosted the Royal Academy of Arts' summer exhibitions, as seen in this 1808 engraving by Thomas Rowlandson and Augustus Pugin Wikimedia Commons

The redevelopment will also carve out a new second-floor space for temporary exhibitions, which will replace the existing gallery. Meanwhile, the first-floor Fine Rooms, which house Old Master paintings by Goya, Rubens and Gainsborough, will be restored. The Courtauld will continue to show around 190 of the 550 paintings in its collection.

Vegelin stresses that the project is about quality rather than expansion. It will upgrade the gallery’s public facilities and create a new learning centre, as well as improve the spaces for art handling, storage and conservation. The Conway Library of more than one million art historical images—currently available as prints on card—will be digitised. The gallery expects visitor numbers to jump from the 188,000 recorded in 2016 to between 300,000 and 350,000 after the refurbishment is completed in late 2020.

The second phase of the project, known as Courtauld Connects, will focus on the institute’s research and learning facilities. Estimated to cost a further £20m, the work will include digitising the Witt Library, a resource of around two million reproductions of paintings, drawings and prints from Western art.

The ambitious development will be steered by Lord Browne, the former BP chief executive who was appointed as chair of the Courtauld Institute in September. He was previously the chairman of Tate, where he helped to raise £260m for Tate Modern’s 2016 extension. 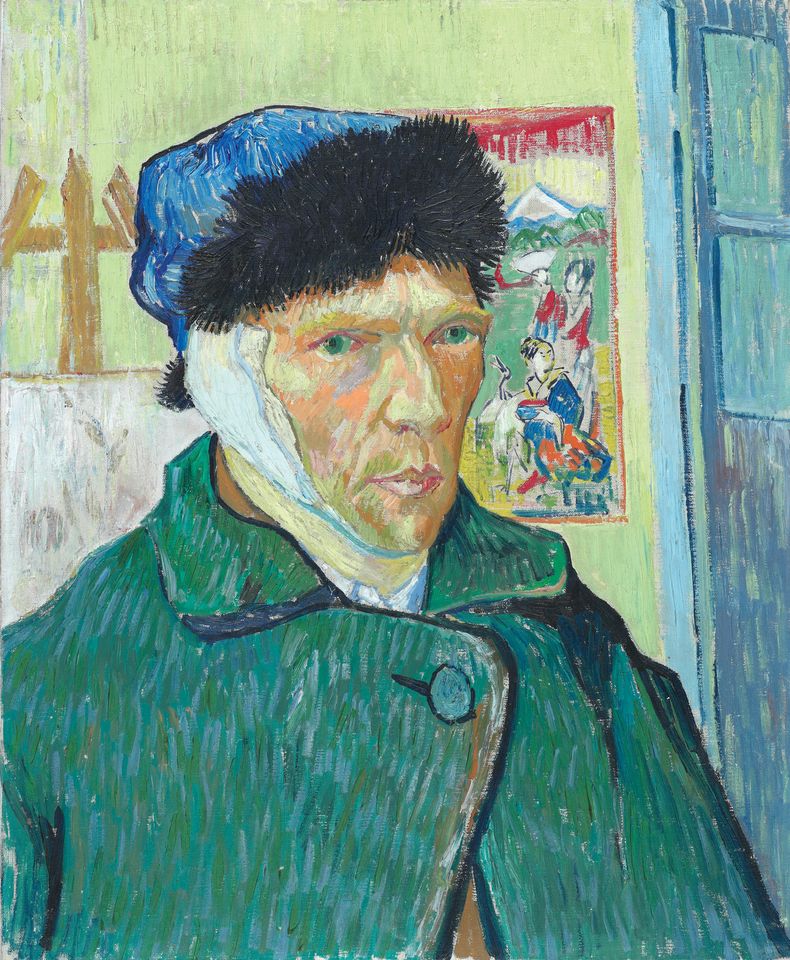 Van Gogh’s Self-Portrait with Bandaged Ear (1889) is to leave London for the first time since 1955, The Art Newspaper can reveal. The Courtauld’s painting will travel to the Van Gogh Museum, where it will be shown in the Van Gogh and Japan exhibition (23 March-24 June 2018) and remain with the Amsterdam museum’s permanent collection until the Courtauld Gallery reopens in 2020.

The Courtauld is also planning travelling exhibitions of its Impressionist and Post-Impressionist paintings in Europe, Asia and possibly the US. The international tour will help fund the gallery’s redevelopment and ongoing care of the collection. Other paintings will be lent to London’s National Gallery and to UK regional venues where the Courtauld textile company once had factories.