To overcome travel restrictions, registrars are using Zoom and other technologies to monitor works on loan remotely 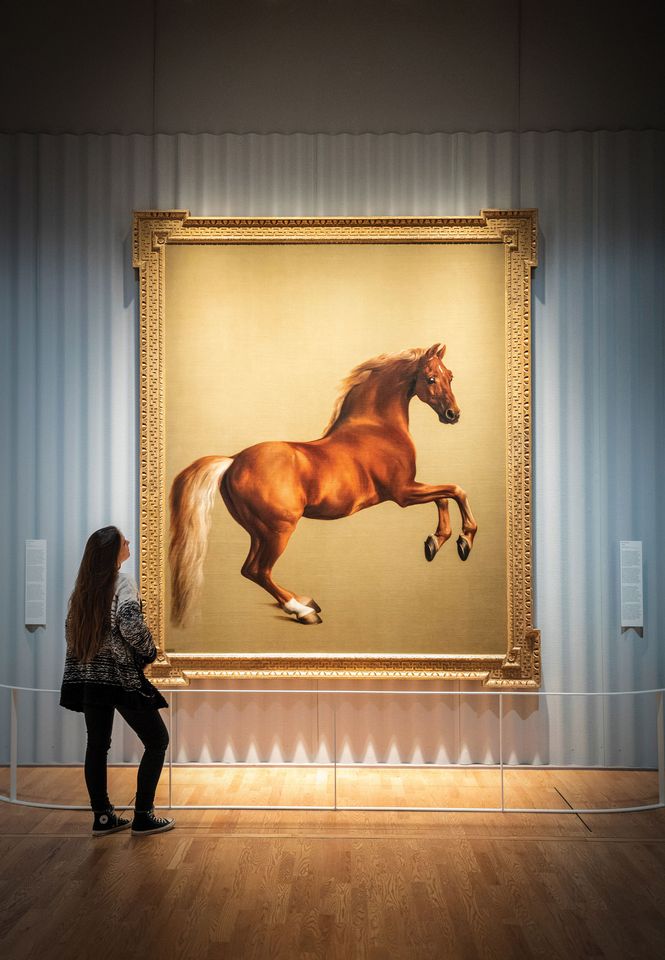 Whistlejacket (around 1762), George Stubbs's life-sized portrait of a racehorse, is currently on loan from London's National Gallery to the Mauritshuis in The Hague Photo: Ivo Hoekstra, Mauritshuis

Necessity has been the mother of invention during the Covid-19 pandemic. Museum registrars have developed an innovative way for international loan exhibitions, many of which were postponed by the global lockdown, to go ahead this autumn. To overcome travel restrictions and sudden changes in quarantine rules, works of art that would normally be chaperoned in transit by a specialist will instead be monitored by “virtual couriers”.

Paintings that are soon due to travel without a physical courier include Artemisia Gentileschi’s David and Bathsheba (around 1636-37). The Columbus Museum of Art in Ohio has agreed to lend the work to London’s National Gallery for its highly anticipated exhibition on the female Baroque artist. Originally scheduled for April, Artemisia is now due to open on 3 October.

The Columbus Museum will track the painting’s journey remotely using “extensive shared real-time digital communication” and electronic devices, among other safeguards, says a spokeswoman. “It helps that we have a longstanding collegial relationship with the National Gallery and an extensive history of loans between our institutions.”

The Royal Academy of Arts in London switched to virtual couriers when its extended Picasso and Paper exhibition closed on 2 August. The loans, many of which came from the Musée Picasso-Paris, arrived in January accompanied by human couriers. But in the age of Zoom, a single virtual courier was able to oversee the exhibition’s de-installation and condition-check the loans via the popular video-conferencing app, says a spokeswoman.

The UK Registrars Group recently updated its guidance on the practicalities and pitfalls of virtual couriering. The group’s president, David Packer, who is the registrar at the Fitzwilliam Museum at the University of Cambridge, says: “Of necessity, we have had to find ways to extend at least some of the risk mitigation that a courier affords using the technology available.”

The guidelines note that a good wifi connection is crucial, as is a smartphone charger. No one wants their signal or battery to die at a critical moment during a lengthy video call when a valuable painting is in transit or being packed to return home.

Registrars did not have to start from scratch when Covid-19 disrupted international exhibition preparations. Packer says that the Icelandic volcano eruption of 2010 prompted museum professionals and shipping companies to find new methods of transporting art safely despite widespread travel disruptions. “We had art and couriers everywhere,” he recalls.

The rise of the virtual courier should help to reduce the environmental impact of major loan shows and also save museums the cost of a human chaperone’s flights, accommodation and travel expenses. But some institutions may still require a staff member to accompany art in certain situations.

The National Gallery is coy about whether it is entrusting its own loans to human or virtual supervision. It declined to say whether a staffer would travel to the Mauritshuis in The Hague this month to monitor the return journey of George Stubbs’s life-sized portrait of the racehorse Whistlejacket (around 1762). “To do so would compromise security,” a spokesman says.