Fourteen men have been convicted for their roles in a criminal ring that targeted museums and auction houses across the UK, including the Fitzwilliam Museum in Cambridge and the Oriental Museum in Durham. The thefts and robberies involved Chinese antiquities and rhinoceros horn (valued by some for its supposed medicinal power), worth up to £57m.

On 29 February, four Cambridgeshire men, all part of the same family, were found guilty of conspiracy to steal: Daniel “Turkey” O’Brien, John “Kerry” O’Brien, Richard “Kerry” O’Brien Jr and Michael Hegarty. They have links with Rathkeale, in County Limerick, Ireland and are part of a group known as the Rathkeale Rovers or the Dead Zoo Gang. The prosecution described them as the “generals” who worked behind the scenes, organising an international gang of criminals that stole the objects for a growing Chinese black market.

Eight other men had been found guilty in three recent trials. Two others pleaded guilty. Sentencing is expected in early April. Richard “Kerry” O’Brien Jr and Hegarty have previous convictions in the US for trying to buy rhino horns with the intention of smuggling them into Ireland.

The convictions are the result of a national investigation set up by Cambridgeshire and Durham police called Operation Griffin, following a string of thefts in 2011-12. This led to a series of trials at Birmingham Crown Court, but because of reporting restrictions imposed on the case, the details can only now be revealed.

The Fitzwilliam Museum burglary was the most serious. In the early evening of 13 April 2012, when the museum was closed, thieves broke in by cutting a hole through security shutters and bars. They smashed cabinets, seizing 18 jade objects valued at between £15m and £40m, none of which have been recovered.

During the winter of 2011-12, a rhino libation cup was stolen from Durham’s Oriental Museum, but the incident went unreported in the media. Another unreported attempted theft took place during opening hours on 16 January 2012, when a man broke into a cabinet, took a Ming ceramic and put it in his rucksack. Staff were alerted and successfully stopped the man from leaving the museum, leading to his arrest. Three months later, on 5 April, two men entered the museum late in the evening by smashing a large hole into the building. They broke into two cases, taking a Ming jade bowl and an ancient porcelain figure. These items were recovered by police a week later. 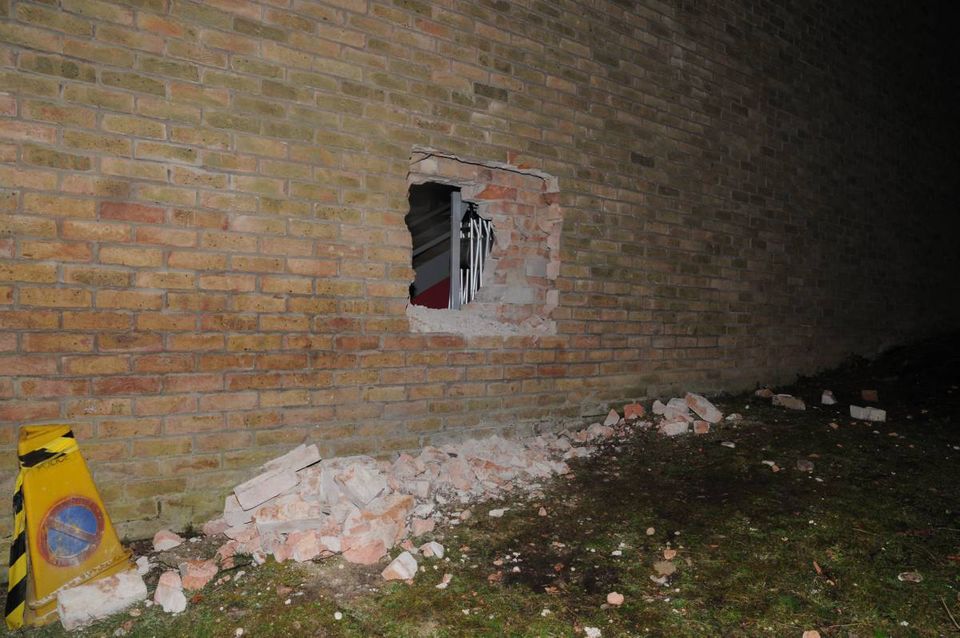 On 5 April, two men broke into Durham’s Oriental Museum late in the evening by smashing a large hole into the building. They broke into two cases, taking a Ming jade bowl and an ancient porcelain figure. These items were recovered by police a week later.

Other robberies took place at Norwich Castle Museum—where a rhino horn was seized and then dropped after visitors alerted the police—and Gorringes auction house in Lewes, East Sussex—where a libation cup was seized and visitors again thwarted the criminals. The gang also made reconnaissance visits to the Powell Cotton Museum near Margate, Kent; Tennants auctioneers in Leyburn, North Yorkshire; and museums in Oxford and Glasgow.

The total value of the items actually taken by the gang totalled between £18m and £57m, according to the police. Chi Chong Donald Wong, from south London, who was among those convicted, regularly travelled to Hong Kong and was named in court as the person who was meant to sell on the Chinese antiquities and rhino horn.

Derbyshire’s chief constable Mick Creedon, who leads the national effort to combat organised crime, described the convicted men as part of “a sophisticated criminal network”. He added: “This case starkly demonstrates the level of threat, the lengths criminal gangs will go to and the importance of law enforcement agencies sharing intelligence and working together, nationally and internationally.”