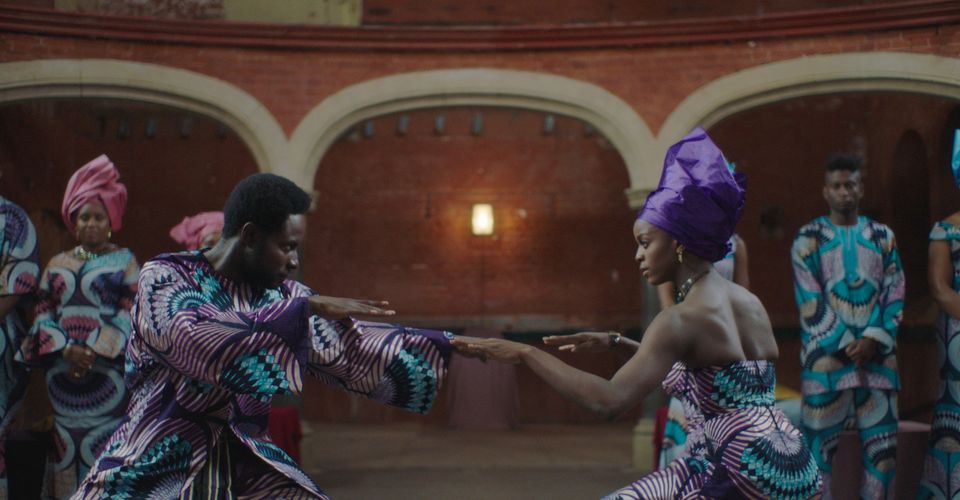 Hetain Patel, Don’t Look at the Finger (2017) Image courtesy of the artist

Eight exhibitions featuring leading artists from South Asia opened in Manchester last weekend (30 September) as part of a major new cross-culture initiative called New North and South. Five heavyweight UK cultural institutions in the north of England—including The Whitworth and Manchester Art Gallery—have teamed up with five arts organisations in South Asia such as the Kochi-Muziris Biennale in India and Colombo Art Biennale in Sri Lanka. Co-commissions, exhibitions and performances will take place across all of the participating venues, beginning in Manchester. The scheme was developed by the British Council and is backed by the National Lottery through Arts Council England. Here are our picks of the best shows.

An exhibition of works by Raqs Media Collective includes erudite, enigmatic pieces typical of the New Delhi-based art group. The collective looks to Manchester’s industrial past for a number of works including Communard Biscuits (2017), an edible work based on a hard tack biscuit housed at the People’s History Museum in the city. “We made a 3D scan of the item and then a mould,” says Jeebesh Bagchi, a collective artist. “It is about putting this technical interface into a different zone.”

Meanwhile, The Mnemonist Quartet (2017) brings Manchester’s citizens to the fore in a series of video portraits (one of the participants, Ed Glinert, who is shown on the towpath of the Rochdale Canal, is a Manchester tour guide). The sculpture Coronation Park, which was on show at the 2015 Venice Biennale, is now garnering attention at the Whitworth—it comprises three distorted ghostly royal figures and the title references the Delhi site that hosted a royal coronation in 1911. 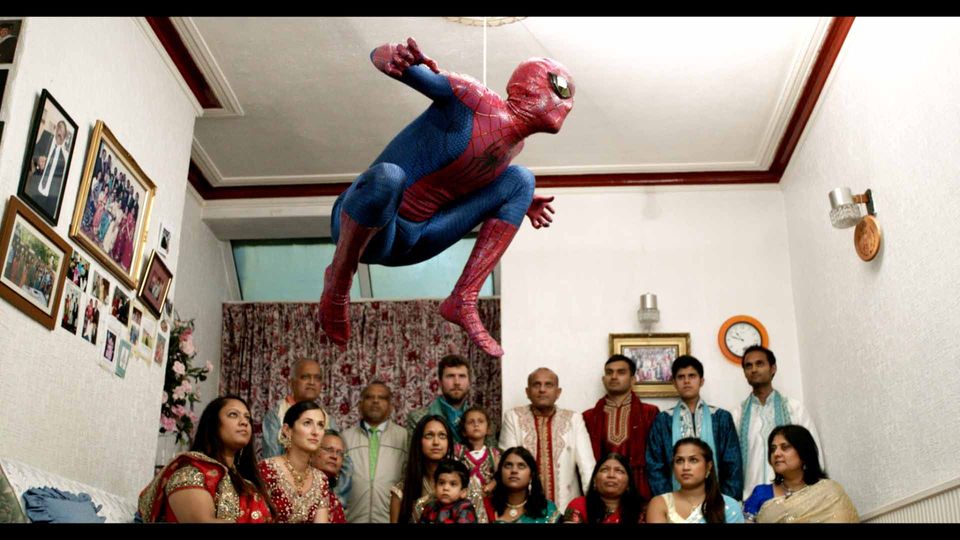 Hetain Patel, The Jump (2015) Courtesy of the artist

The Bolton-born artist Hetain Patel makes humorous films with high production values featuring superheroes. In his 2015 piece, The Jump, 17 of Patel’s British-Indian family members watch the artist as he leaps into the air in his home-made Spider-man costume (the film was shot in his grandmother’s home in Bolton). “I like taking marginalised aspects and connecting them to something bigger and more recognisable, like Hollywood,” he tells The Art Newspaper.

The work Don’t Look at the Finger shows a man and woman at an African wedding ceremony jousting in several different ways, using sign language, kung fu and elaborate body gestures during combat. “I’m interested in how we read each other as human beings, whether it’s our gender, ethnicity, what we’re wearing,” Patel says. “And in this film, I’m interested in making interventions and transforming visually and physically those things that we read as identity.” 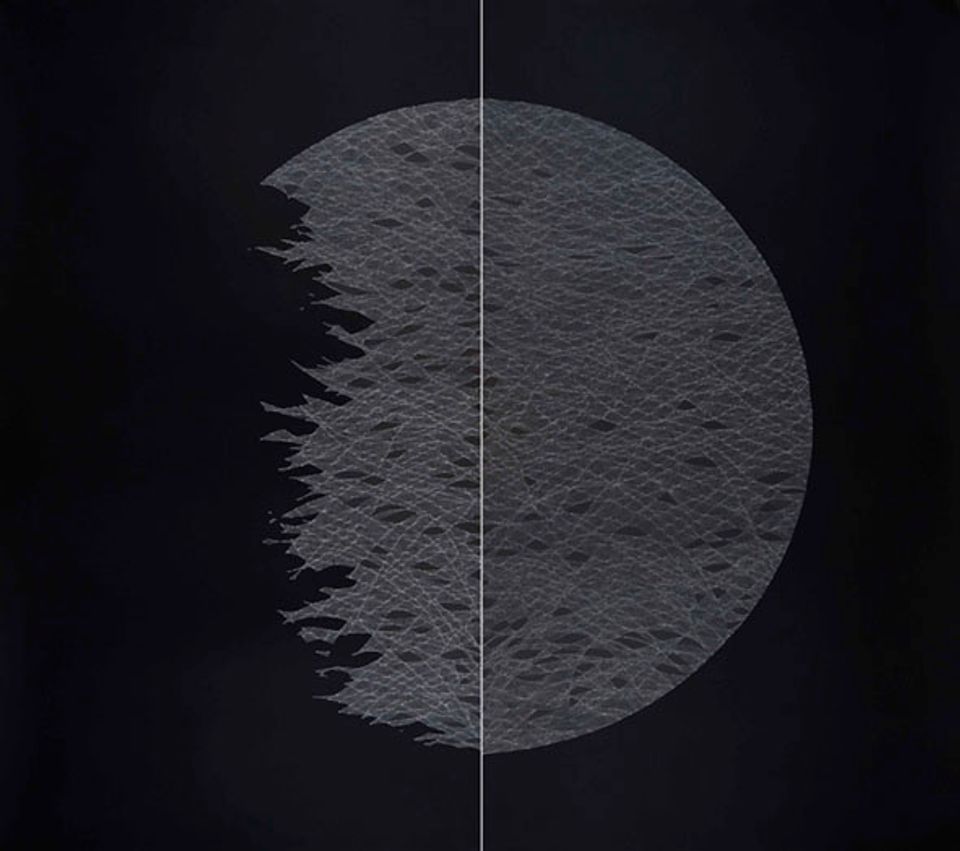 Khan’s neon piece Khushamdeed III (2017) is stopping visitors in their tracks outside Manchester Museum. The title means Welcome in Urdu; “its literal meaning is to salute a newcomer with kindness”, the organisers say. Neons emblazoned with the same word are also sited near the entrances of Manchester Art Gallery and The Whitworth, welcoming Mancunians.

Khan’s exhibition at Manchester Art Gallery is his first solo show in a museum. The Lahore-based artist creates meticulous works, consisting of microscopic dashes and minuscule circles, which invite inspection and analysis. Oracle (2017) is a large-scale oval composed of diminutive white circles knitted together while My small dancing particles (2017), hung in a room as a single piece, is a web of delicate white strands created from archival ink.