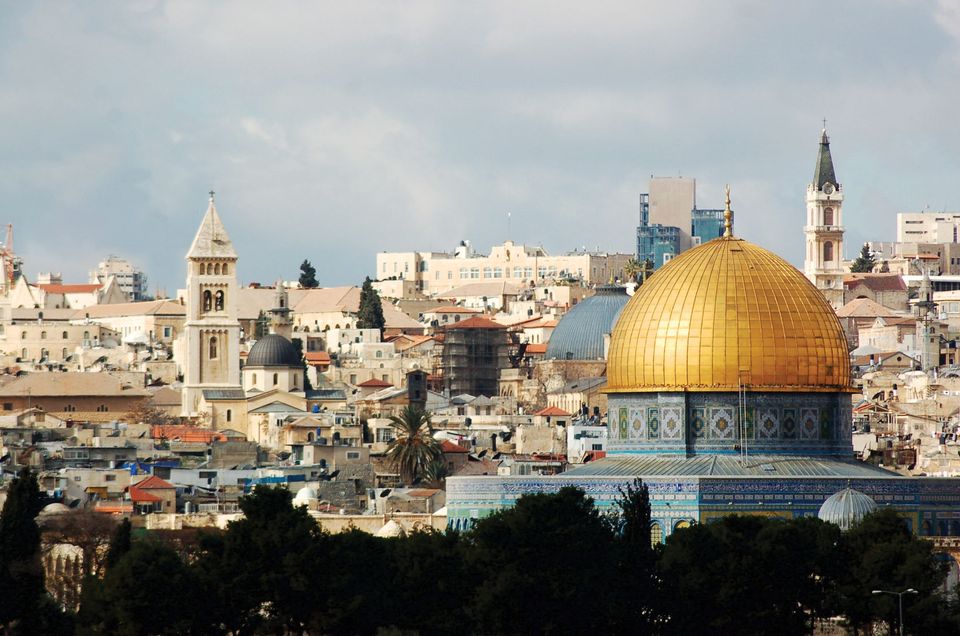 As Israel’s right-wing leaders emphasise Jewish history, rights and demographics in the run-up to new elections on 17 September, Christian cultural organisations in East Jerusalem say their communities are increasingly being marginalised. Yet a series of heritage initiatives shine a light on their historic connections to the city.

While renovating his small East Jerusalem museum, the master tile artist Neshan Balian is preparing two exhibitions marking the centenary of Armenian ceramics in the city in September—one in Armenia and one at Jerusalem’s Rockefeller Archaeological Museum. His grandfather and namesake was one of three artisans invited in 1919 by the British Mandate government to repair the tiles of the Dome of the Rock Islamic shrine and to introduce a new art to Jerusalem. Balian has also been commissioned by the municipality to renovate the city’s calligraphy-tiled street signs in English, Arabic and Hebrew. Hand-painted tiles with motifs designed by his late mother, Marie Balian, can be seen on murals, doors and wares across Jerusalem.

But despite recognition, Balian, like his East Jerusalem neighbours, is still ethnically profiled and often subjected to full-body searches by Israeli airport security, he tells The Art Newspaper. “I just turned 61; you get tired of pulling down your trousers to a 21-year-old [guard] who knows nothing of the sacrifices you have made to the Israeli art scene,” he says. “More and more I feel like a second- and third-class citizen. There is a lot of emphasis on making Jerusalem as Jewish as possible. I’ll never be fully part of this city or country... I don’t think the elections make any difference.” 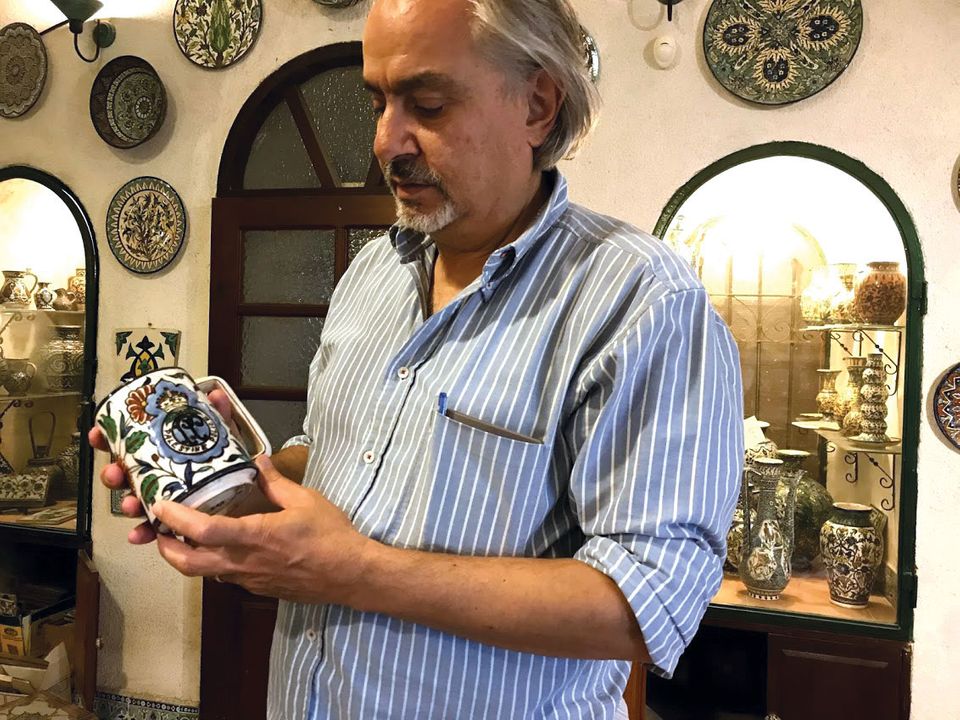 Feelings of estrangement have intensified in East Jerusalem after Israel’s Supreme Court approved the sale of three historic Greek Orthodox church properties to a Jewish settler group, Ateret Cohanim. The ruling in June ended a 14-year legal battle by the church, which argued that the contracts must be nullified as they were arranged by a corrupt official and aided by bribes and front groups. In an unusual step, 13 heads of churches in Jerusalem signed a joint statement in support of the Greek Orthodox Patriarchate, calling the court’s decision “an assault on the status quo protections for all Christians in this holy city”.

Days later, the International Crisis Group released a report criticising Israeli plans to excise Palestinian-populated areas from East Jerusalem’s municipal boundaries, to add East Jerusalem properties to Israel’s Land Registry and to induce its schools to use Israeli curricula. Such policies “would exacerbate the conflict in and over Jerusalem” and should be abandoned by the next government, the NGO warned.

Amnon Ramon, an expert on Jerusalem’s minorities at the Jerusalem Institute for Policy Research, says that while Israel’s Palestinian Arab citizens have low voter turnout because they feel increasingly alienated, non-Jewish residents of East Jerusalem face even more discrimination. “On one side they aren’t Israeli, and on the other they live under Israeli rule [but] Israel doesn’t embrace them,” Ramon says.

“On one side, they aren’t Israeli, and on the other they live under Israeli rule [but] Israel doesn’t embrace them.”

Although the Armenian Orthodox Patriarchate has had a presence in Jerusalem since the fourth century, church leaders are disturbed that Armenian Christians in East Jerusalem “don’t enjoy equal rights”, says the chancellor, Father Koryoun Baghdasaryan. The Patriarchate wishes the police would treat it as a hate crime when its clergy, students and teachers are spat on by the Old City’s Haredi Jewish population, and that clergy who have lived in the Armenian monastery for decades would be granted residency. Without it, they must pay as tourists for public services such as healthcare.

“The most shameful thing”, Baghdasaryan says, is that a memorial to the Armenian genocide on church property remains closed to visitors because the municipality has delayed approving construction of the entrance. An official in the mayor’s office says a proper plan has not been submitted, but according to the Patriarchate, all the necessary papers have been repeatedly filed over many years. 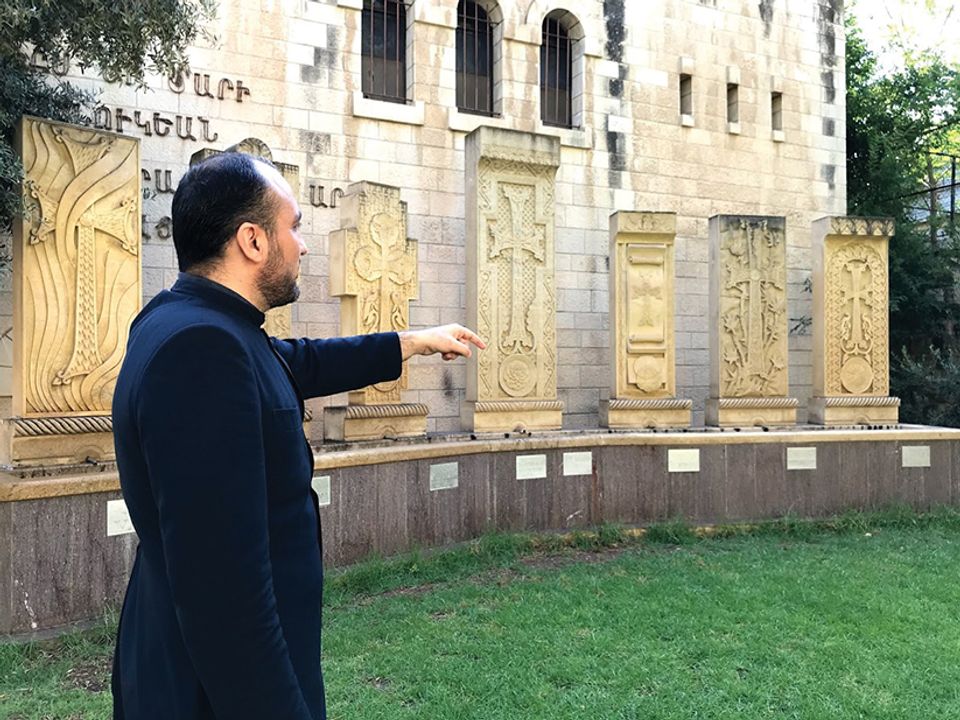 Israel has never officially recognised the genocide of Armenians by Ottoman Turks from 1915, likely because of concern for diplomatic relations with Turkey. Baghdasaryan says there is a “moral obligation” for Israel, being home to around 200,000 Holocaust survivors, to recognise the genocide.

Still, the Armenian Patriarchate continues to honour its own history. A fundraising campaign is under way to renovate its Armenian Museum before 2020 and to open a new gallery space in the Armenian Quarter, raising awareness about the community’s history in Jerusalem.

According to Nora Kort, the founder of the Wujoud Museum for Palestinian heritage and the president of the Arab Orthodox Society, “the [Israeli] government will never represent us. Because of national rights, if you are a Jew, you have more rights than anyone [non-Jewish] who was born here.” Kort’s family, who fled the 1948 Arab-Israeli war from West Jerusalem to relatives in East Jerusalem, lost their property under Israel’s “Absentee Property” law. Today, she exhibits Palestinian photographs, clothing, furniture, musical instruments and other objects in a 14th-century Greek Orthodox building in the Old City. Kort is seeking funds to raise awareness of Palestinian history as a way to combat discrimination.

“The museum is an expression that we are here, that we are part and parcel of the community,” she says. “Until 1948 we lived together and now the politics are divisive—especially lately.”