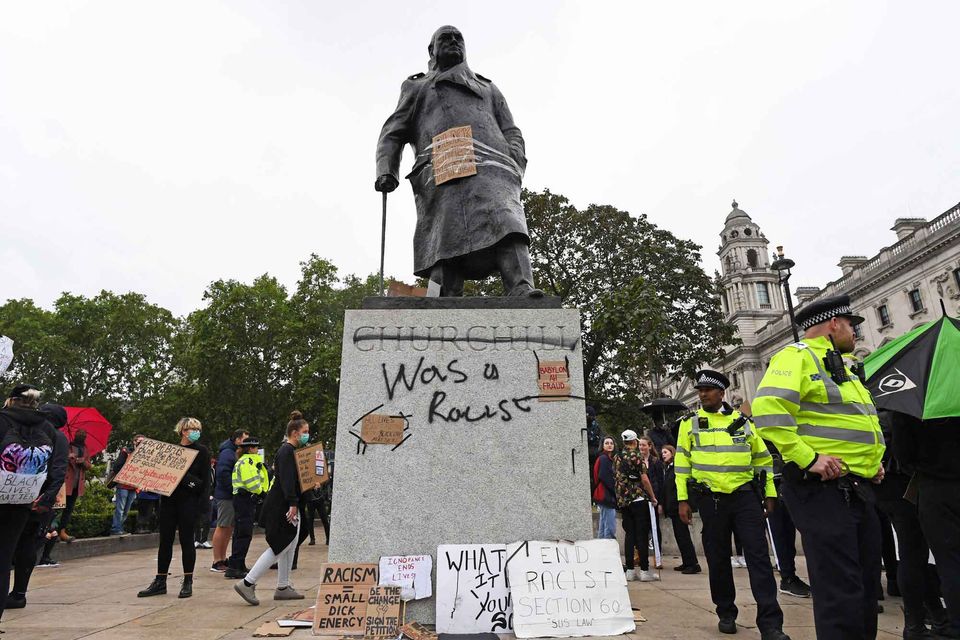 UK arts professionals are voicing support for Madeline Odent, a curator at the Royston and District Museum and Art Gallery in Hertfordshire, who sparked controversy after discussing on social media substances that could be used to damage bronze statues. Odent posted a series of tweets to her personal account after Black Lives Matter demonstrators toppled a statue of slave trader Edward Colston in Bristol and historic statues worldwide come under scrutiny.

Odent wrote on Twitter: “From an art conservation perspective, it’s honestly fine to throw paint on memorials of genocidal racists! Paint is pretty easy to clean off. What would be an absolute shame is if people were to throw certain common household items that can cause irreversible bronze disease.”

The tweets continue: “Because like, if somebody were to, idk, throw a ton of tomatoes at a bust of a genocidal racist, nobody would probably notice the chemical reaction until it was too late to save the artefact.” Some of the tweets were published in the UK newspaper Metro.

Another tweet by Odent included an image of the defaced Winston Churchill plinth in Parliament Square in London, which was graffitied last weekend with the words “[Churchill] was a racist.” (The statue has since been boarded up ahead of planned protests this weekend.) The post reads: “Stay tuned for our next edition where we’ll be talking about marble memorials of racists.”

Royston town council says it is investigating the matter, adding that it does not endorse the comments or views expressed by Odent. Tony Butler, the executive director of Derby Museums, tweeted that “you [the council] should be proud of the work of your museum’s curator. She has carried out brilliant work to make your museum inclusive… clearly her comments were intended as a joke. Your disassociation just gives succour to racists and bigots.”

A relationship manager for Arts Council England who oversees the funding body’s portfolio of museums in the east of England, also backs Odent on Twitter on a personal account, saying: “On top of this just being amusingly written, the curator in question does excellent work. She has worked hard to improve engagement with the museum. We fully support her.”

Others have criticised Odent’s posts, with one Twitter user asking “how a curator could possibly recommend the destruction of objects”.

Odent’s Twitter account was locked and subsequently deleted; she could not be reached for comment. Hertfordshire police announced on 10 June: “We are aware of a series of tweets on a private twitter account, which we believe may relate to damaging statues, and we are currently looking into this matter along with our partner agencies.”

UPDATE: Darren Henley, chief executive of Arts Council England, says: “Our public spaces and our museums do need to change if we are to properly reflect the stories and experiences of all our communities. Black lives matter and Black people’s history, perspectives and stories matter. We understand many people's frustration and anger because this change hasn’t happened quickly enough. We recognise the vital importance of freedom of speech and peaceful protest in our society, but we don’t condone criminal activity.”

UPDATE (14 June): One of Madeline's Odent's tweets has been amended due to an inaccuracy (tomatoes are not a corrosive substance).