Custodians of the Holy Land: the Franciscans to open new museum in Jerusalem

The monastic order, which has had a presence in the city since 1217, is planning a two-venue Terra Sancta Museum

Founded in 1217 by St Francis of Assisi, in the middle of the Fifth Crusade, the Custody of the Holy Land is a branch of the Franciscan monastic order that has operated in Jerusalem continuously for more than eight centuries. Their mission has been to preserve the places in the city that are important to the Christian faith, and to protect pilgrims to those sites, which number more than 2 million a year.

As emissaries of the Catholic Church in Jerusalem, the Franciscans have also guarded religious buildings and objects, becoming custodians of a collection of vestments, liturgical objects, books, manuscripts, photographs, maps, sculptures and pottery that have been rarely seen by the public. Many of the items came from royal families that the Franciscans have outlasted. Around 30 of these objects go on view this month in the exhibition Venetian Treasures in Jerusalem: Following the Lion, at the Monastery of St Saviour near the New Gate, the order’s headquarters and one of two planned sites for the new Terra Sancta Museum.

The exhibition and museum at St Saviour, budgeted at €4.5m and expected to open in 2019, will be devoted to the friars’ history in Christian Jerusalem since their arrival in the 13th century. Meanwhile, a new museum at the Monastery of the Flagellation, budgeted at €3.5m, will show archaeological objects from digs operated by the friars. The order has operated an archaeological museum at the site since the early 20th-century and the galleries, due to reopen at the end of 2017, sit atop Byzantine cisterns on the Via Dolorosa, the street Jesus is believed to have walked on the way to his crucifixion. A $800,000 multimedia exhibition tells the story of the city and the worship of the Stations of the Cross, through an “immersive environment of lights, sounds, ambient noise, stories and animations”. 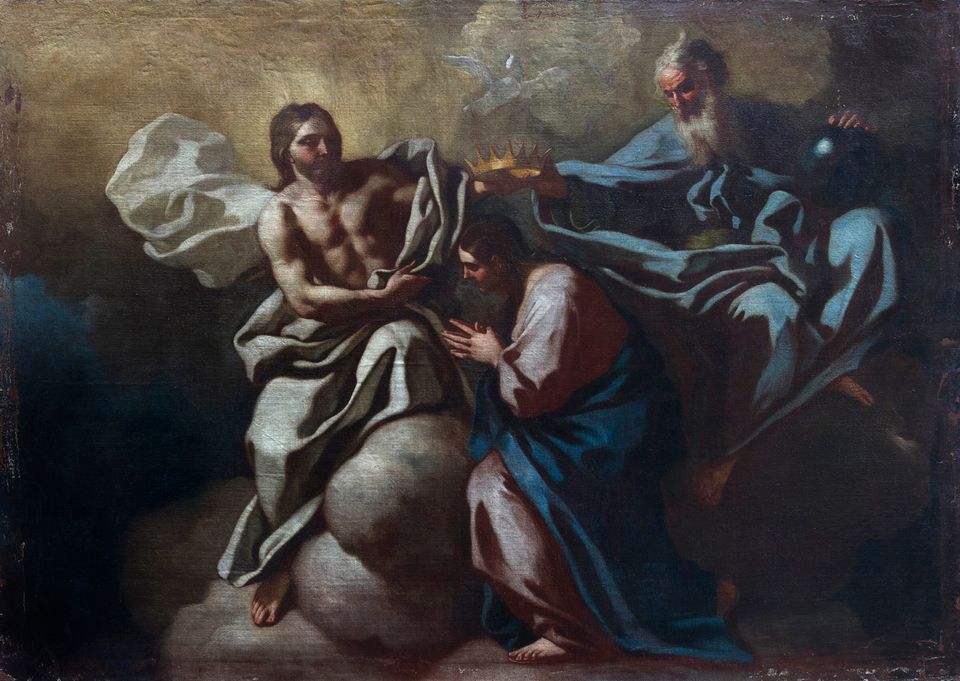 Francesco De Mura, The Coronation of the Virgin, around 1730

The order has also leant works from its collection to museums around the world. A group of 12th-century sculptural capitals of columns depicting New Testament scenes from the Church of the Annunciation in Nazareth, operated by the Franciscans, are part of the exhibition Jerusalem 1000-1400; Every People Under Heaven at the Metropolitan Museum of Art (until 8 January). A friar from St Savior who assisted in preparing the exhibition is now studying museum administration in New York.

Also on loan to the Met are two 13th-century silver candlesticks from Bethlehem, with a warning inscribed in niello: “Maledictur qui me aufert de loco sce nativitatis bethleem” (Anathema to him who would take me away from the site of the Holy Nativity in Bethlehem).

A joint exhibition at the Palace of Versailles and the House of Chateaubriand in 2013 featured lavish vestments and liturgical objects on loan from St Savior, which were rarely found in France after the Revolution. The objects’ rarity is a special allure that could make the planned historical museum a destination, says Friar Stéphane Milovich, who heads the Custodia’s cultural department.

While the Holy Land has suffered through a cycle of religious wars over the centuries, the order’s collections have never been looted. “The Turks never entered the monastery,” Milovich says. “We have many materials from the 13th century. In France, you had the Revolution, the expulsion of religious communities, and periods when churches were destroyed and their property was seized by the state or destroyed. We’ve been here for a long time. The church here never had much power, but it was never targeted for destruction. Paradoxically, we have very deep cultural roots, whereas in Europe you don’t have places with many objects from the 13th century.” Plus in Jerusalem, he noted, “you have objects that have remained in their functions, and have not been frozen into a museum context.”

Besides attracting visitors and supporting the order, the Terra Sancta Museum may also provide employment for Christians in Jerusalem, who now comprise 1.5% of the city’s population, down around 5% from a decade ago. It also provides a fitting profession for young friars, who are now being trained in museology and collection management.

Meanwhile, the Custodia’s collections are expanding, with shipments of books from Franciscan houses in Syria threatened by fighting there. The order’s extensive archive is also documenting the civil war’s toll on the Franciscans’ excavations in the region.