When the sleek, beautiful tea clipper Cutty Sark was launched in 1869, built for speed to beat the competition and get the precious early tea harvest back to the European market, she was named for the sexy witch in Robert Burns’s poem Tam o’Shanter. Burns described her as “a winsome wench”, dancing in the graveyard in her cutty sark, or short petticoat. The original design for the figurehead showed just such a youthful, curvaceous creature, her hair streaming in the wind. 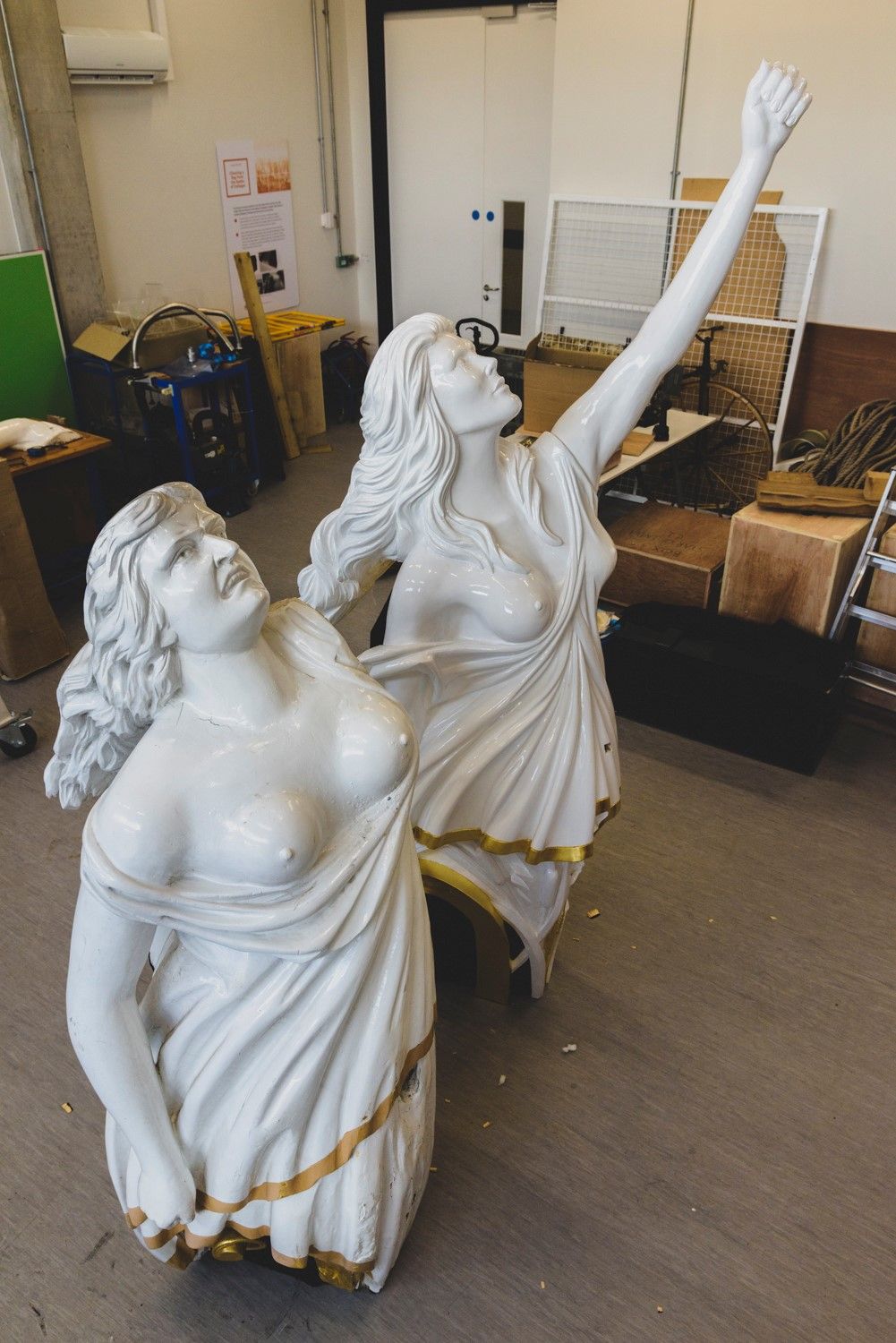 The figurehead that graced the ship since it was restored as a dry-dock museum in the 1950s is a rather more stolid creature. A landmark on the Greenwich skyline and known to millions across the world from the coverage of the London marathon runners panting past, she looks like a practical type—broad-shouldered and grim-faced. But as has recently been discovered, she is rotten at the core.

“We noticed the paint was a bit bubbly at the edge, so we took her down for a look, and it was soon clear there was a real problem,” says Simon Thompson, the shipkeeping manager for Royal Museums Greenwich. Instead of attempting a patch-up repair, it launched a £50,000 project, partly crowdfunded, for a replacement more in keeping with the original design. “We asked very widely for advice on who might carve it, and the answer kept coming back as Andy Peters,” Thompson says. 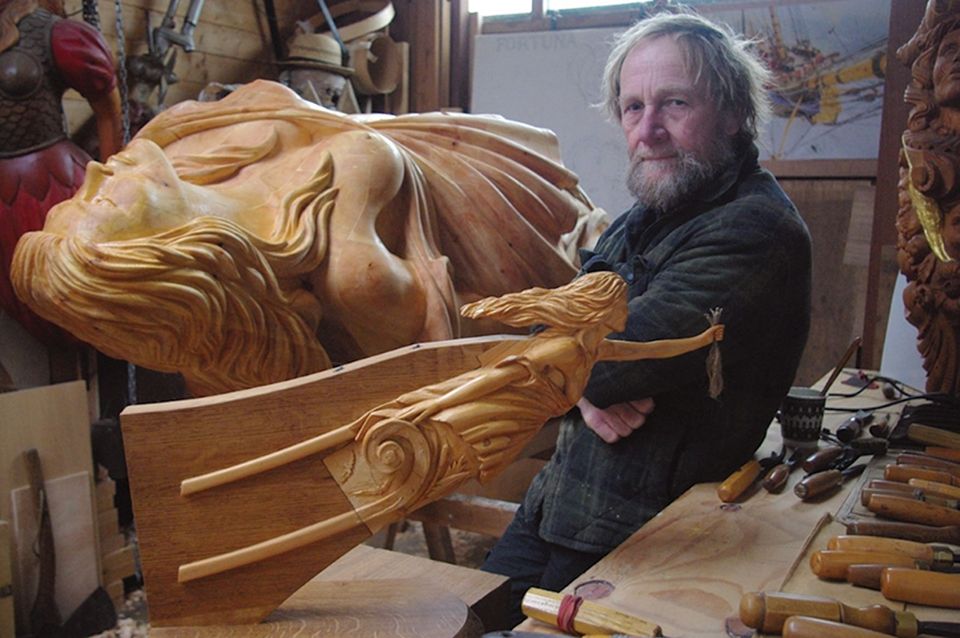 The ship carver Andy Peters working on the new figurehead for the 1869 clipper Cutty Sark, which is based on an original sketch that surfaced recently © Maritima Woodwork

Peters is internationally known as one of the last and finest specialist ship carvers, although he points out that there was once a workshop in every port and shipyard. Based in a landlocked studio in Waterstock in Oxfordshire, he still works entirely by hand using traditional techniques, and spent the best part of a decade on the elaborate decoration for the Götheborg, a Swedish replica East India ship, including a 5m-tall lion figurehead carved from three tonnes of timber.

He has researched extensively and written on the history of ship-carving and reveres the work of Frederick Hellyer, who came from a famous family of carvers and made the Cutty Sark’s original figurehead, which was decapitated in a storm in the 1870s. The present version was carved by Arthur Levison, who did his best. “He was working at a time when money was tight and resources were limited,” Peters says, adding, “His father was a very good carver.”

By happy chance, Peters was able to base his design on a sketch of the original that recently resurfaced, found in family papers by the granddaughter of Hercules Linton, who designed both the ship and the figurehead. “In [Burns’s] poem, Tam is enraptured by her beauty, so I hope mine will be somewhat closer to the original vision,” Peters says.

His figurehead was finally winched into place on 11 June and the previous piece has been placed in the Prince Philip Maritime Collections Centre's permanent collection.

The ship has long since outlived her original design life of a mere few decades: the museum and Peters hope the new figurehead will prove just as resilient.