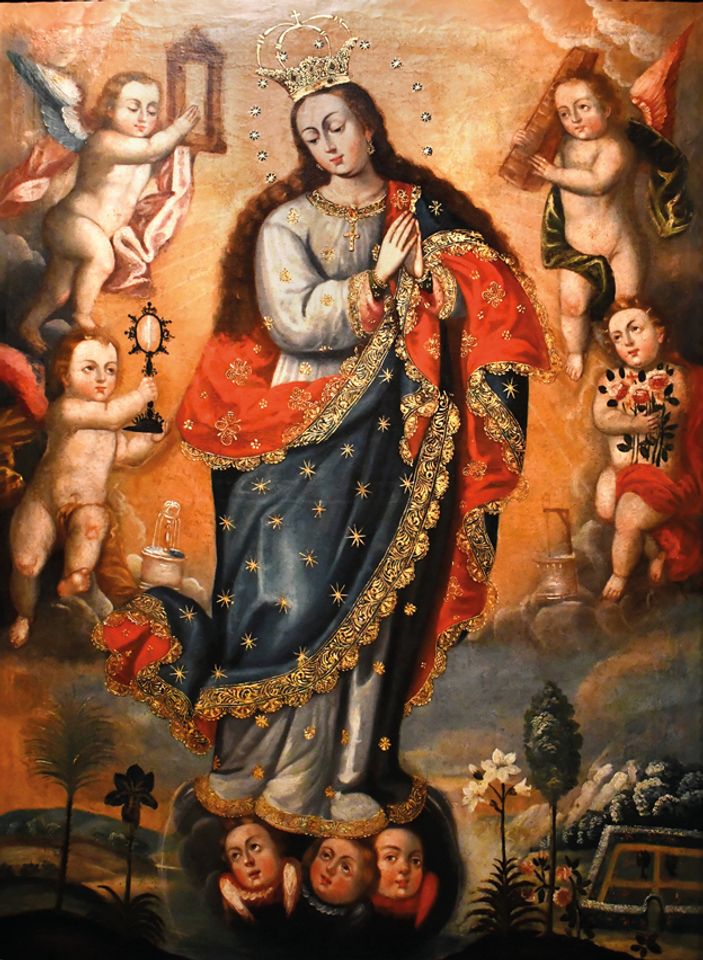 In a landscape conquered by contemporary art, a museum devoted to Latin American colonial culture is expanding across two blocks in Miami’s Allapattah district.

The Colonial Florida Cultural Heritage Center, housed provisionally in a former convent on the campus of Corpus Christi Catholic church on NW 7th Avenue, will eventually occupy four buildings centred around the Iglesia de Nuestra Señora de la Merced. Besides collecting and exhibiting art from Florida and Cuba dating from 1508 to 1821, the centre will be a repository for books, maps and archives.

The project is the work of three Cuban Americans: an art dealer, a retired physician and a Catholic priest. Ray Zamora, who ran an art gallery in Washington, DC before relocating to Miami, has acquired around 170 paintings for the institution, including colonial Peruvian works from the estate of the dealer William Morgenstern.

The collection is augmented by illustrated books and documents from Cuba donated by Alberto Bustamante, an obstetrician who for decades has bought art objects dispersed from the island as they surfaced on the market.

Meanwhile, Cuban-born José Luis Menendez, the church’s pastor, led the effort to build the Iglesia of Nuestra Senora de la Merced, a baroque-style church inspired by colonial Peruvian styles and filled with Andean paintings and objects. Of the eclectic mix of works in the collection, Father Menendez simply says: “In heaven, there is only one God.”

The centre’s best Andean works will remain in the Chapel of La Merced, says Carol Damian, the project’s curator and a specialist on paintings from the Cuzco School, the baroque heart of colonial Peru.

The parish of Corpus Christi is mostly made up of immigrants, many from Peru, living in a largely industrial neighbourhood where land values are now surging. With a 100-year lease on the land bordering the church, the cultural centre is planning to construct a four-storey building around a plaza, evoking a Spanish colonial plan. Southern Florida does not have much of its own colonial architecture, since the capitol of the territory when it was under Spanish control was more than 300 miles north in St Augustine. “We’re building an atmosphere,” Zamora says.

Construction depends on fundraising but the founders hope to have a secret weapon in a painting they believe could be by Raphael. In Argentina, Zamora found a picture offered as a copy of La Perla (1518-20), a painting by the Italian artist Giulio Romano, inspired by Raphael’s drawing of the Holy Family in Madrid’s Prado museum. Although dated to the 1870s, the work appeared to be centuries older, with the date added to avoid customs restrictions, Zamora suggests. Rather than have experts examine the picture in Italy, where it could face an export ban, Zamora is vetting it in Switzerland. A positive attribution could be a miracle for the new museum, either as a tourist magnet or a financial windfall.

• The Colonial Florida Cultural Heritage Center can be visited by appointment only: call Corpus Christi Church at 305-635-1311