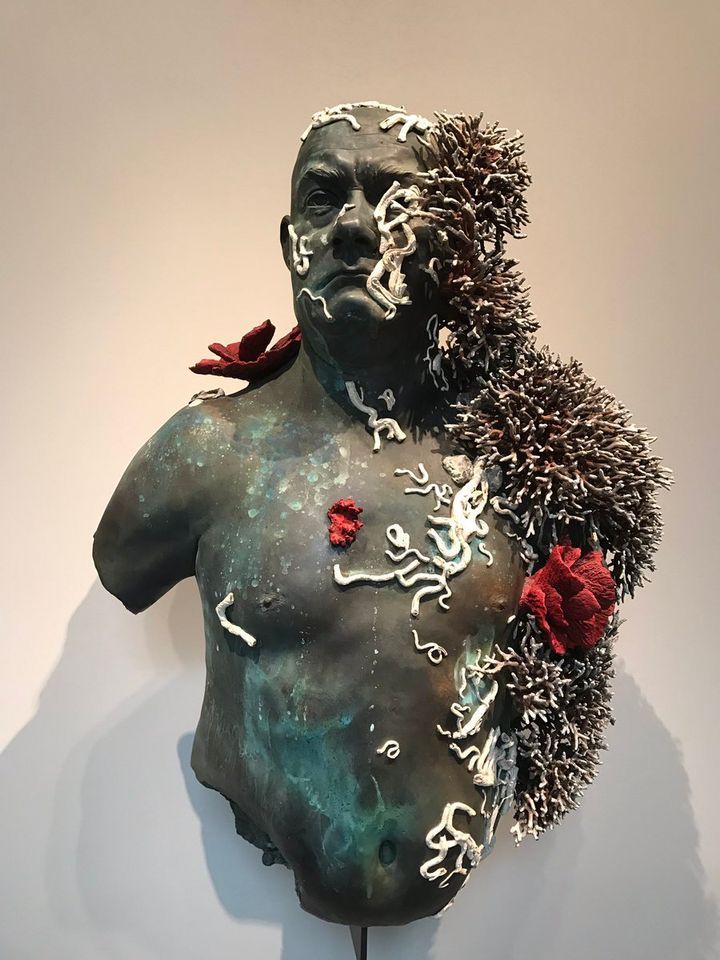 Damien Hirst appeared in the show at Palazzo Grassi as a “collector” made of bronze courtesy Science Ltd.

It is well recorded that, in 2008, Damien Hirst made a whopping £111m by selling 223 of his own works of art at Sotheby’s. What is less well-known is that he ploughed that money into salvaging a second century shipwreck in the Indian Ocean. Or so Hirst’s new mockumentary, released on Netflix on 1 January, would have you believe. “It was the point where all the work became commodity… it seemed unsustainable and unfulfilling. After that auction it seemed like something had ended and something new was beginning,” Hirst says in the new film, which goes on to follow a team of maritime archaeologists, metallurgists and divers as they supposedly recover 189 pieces in bronze, marble, malachite and gold from the seabed somewhere off the coast of East Africa.

The fictional hoard, said to have belonged to an imaginary freed slave called Cif Amotan II (an anagram for I am fiction), formed Hirst’s most ambitious exhibition to date, Treasures from the Wreck of the Unbelievable, which closed in Venice last month. The show spanned two galleries owned by none other than the billionaire François Pinault (the irony is not lost on us). Ten years in the making, it garnered mixed reviews, but self-parody was at its centre, something the new film makes clear. “Gold can drive people mad,” Hirst says at one point. “I’m a collector and I’m an artist, I understand all those things about money and collecting and the addiction of it. Looking at Amotan and his collection of objects, he was a collector like today’s collectors are. He begged and borrowed and commissioned and stole to amass this collection.”

In a final parting shot, Hirst seems to address his critics. “I love the fact that Amotan was nuts on the scale of what he tried to do,” he says. “He seems arrogant in lots of ways, and then he seems foolish in lots of other ways but above it all, he seems driven to amass this collection.”