The artist's posthumous project was delayed due to Covid-19 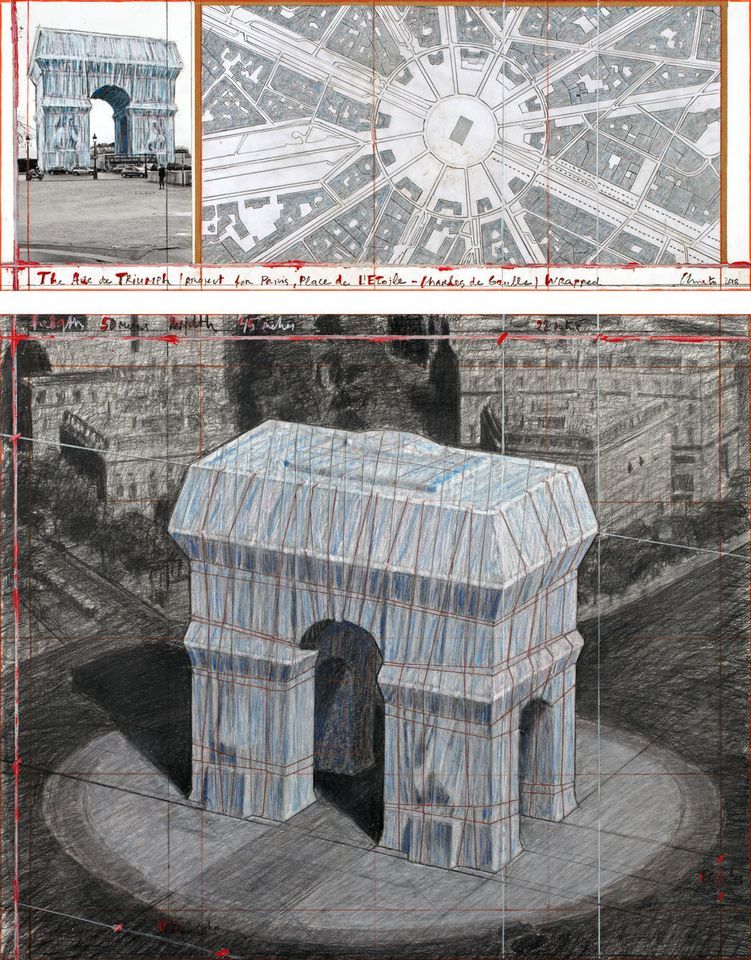 The final work by the artist Christo, who died last year aged 84, is one step closer to being realised. Organisers of his posthumous project to wrap Paris's Arc de Triomphe announced today that it will be unveiled on 18 September and remain up until 3 October.

Originally planned for spring 2020, L'Arc de Triomphe, Wrapped was delayed due to the pandemic. It will enrobe the Champs-Élysées landmark in almost 25,000 sq. m of silvery blue fabric, made of recyclable polypropylene, and 7,000 metres of red rope.

This project has been around 60 years in the making. Christo, along with his wife and collaborator Jeanne-Claude, who died in 2009, first drew up plans to wrap the Arc de Triomphe in 1962 while renting a small room near the monument.

In the intervening years the couple made increasingly ambitious works wrapping public buildings and landmarks, such as the Pont Neuf in Paris in 1985 and the Reichstag in Berlin in 1995. “Like classical sculpture, all our wrapped projects are not solid buildings; they are moving with the wind, they are breathing,” Christo told us in an interview. “The fabric is very sensual and inviting; it’s like a skin.”

L'Arc de Triomphe, Wrapped was revived in 2017 to coincide with a Christo exhibition and has been approved by the Paris city authorities and the Centre des monuments nationaux, which oversees public monuments. The project, which will cost €14m, was entirely funded by Christo through the sale of his preparatory studies, drawings and collages of the project as well as scale models, works from the 1950s and 1960s and original lithographs on other subjects. It will receive no public or private funds.

The work will be installed after 14 July, Bastille Day, and must be deinstalled in time for Armistice Day ceremonies in November. It will require three crews working 24 hours a day for 12 weeks.