Broadcaster and British Museum among lenders to London show

The broadcaster and naturalist David Attenborough has described the Missionaries and Idols of Polynesia exhibition at the Brunei gallery in London’s School of Oriental and African Studies (Soas) as “profoundly emotionally moving, from every point of view” (until 26 September).

The feather gods of Tahiti, and other largely unseen Polynesian idols and artefacts collected by British missionaries are included in a unique, but overlooked exhibition, that opened on 9 July. The show represents the lifetime’s work of a 73-year-old Californian collector, David Shaw King. King is a chemistry professor at the University of California, Berkeley, with a passion for island culture inspired by his own childhood in the West Indies.

Items, from Tahiti to the Cook Islands, range from carved fan handles with double-headed figures, to an octopus lure made of cowrie shells, as well as the first dictionary of the Tahitian language, and the "feather gods". Seemingly insignificant clusters of feathers and wood bound with sennit, or coconut string, with no hint of human figuration, these idols are “absolutely foreign to the Western eye”, King says. 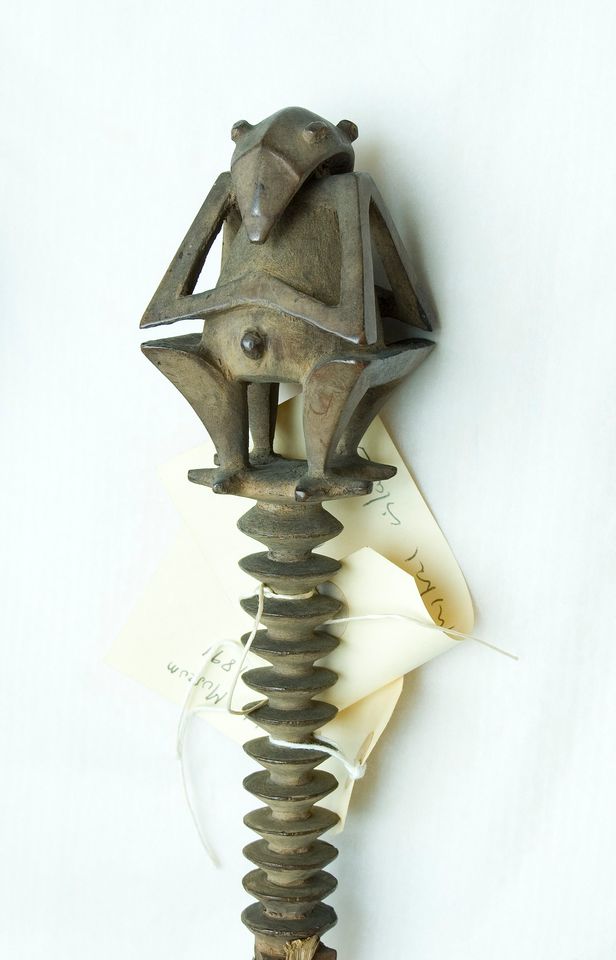 Most of the artefacts, drawn from his own collection, Soas, the British Museum (BM) and other institutions, have not been shown for at least 125 years, if ever. Included are three pieces that were de-accessioned by the BM over forty years ago, when indigenous pieces had a fraction of the value they have today. Attenborough has also lent two items to the show: a stone adze (tool) with a black basalt blade, and an account of the voyage of the missionary ship Duff to Tahiti.

The exhibition hinges on the story of the London Missionary Society—which bought and equipped the Duff to send 30 missionaries to convert, and clothe, the heathen islanders in 1797. It was at the urging of Tahiti’s King Pomare that they took “foolish” idols and artefacts home, to show British audiences, rather than simply burning them.

Bent on breaking natives of so-called “sinfulness”—from naked dancing to infanticide—the missionaries “learned a great deal about the culture. On the one hand, they came to annihilate it, on the other hand some of them were very good ethnographers,” says King.  “They brought back the very idols they went to destroy.”

“One of the things [the exhibition] tells us is that the missionaries were just as extraordinary as the people they were ‘missionarising’,” Attenborough says. “They were dogged, genuine, sincere people, and people of enormous resource.”