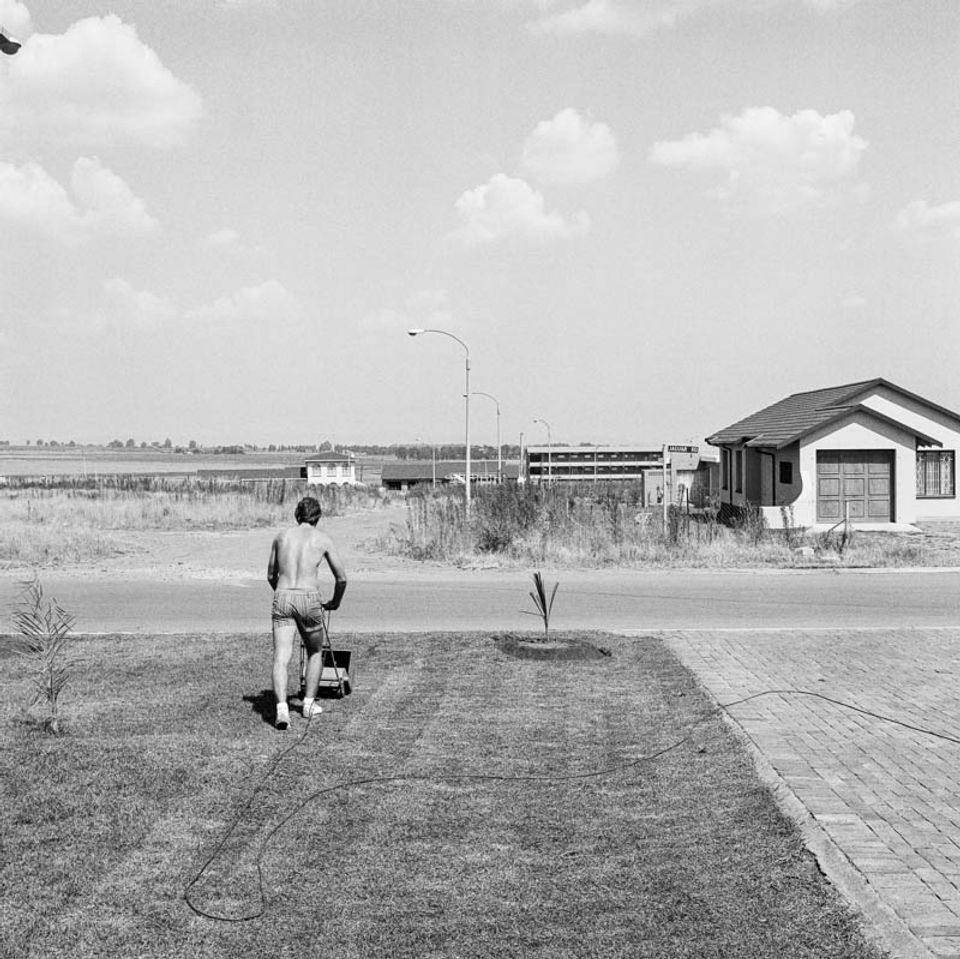 The Randfontein-born photographer withdrew his physical archive from the University of Cape Town in early 2017—around 18 months before he died—following a widely reported row over censorship.

Students protesting racial inequalities had pulled down a statue of the British colonialist Cecil Rhodes, which prompted the South African university to remove or conceal other works on campus that were deemed potentially offensive to black students. Goldblatt described the move as “an abrogation of the freedom of expression”, spurring him to transfer his archive, consisting of more than 100,000 negatives, to Yale University in New Haven, Connecticut for an undisclosed sum. (The US institution also bought more than 600 of his vintage prints.)

As part of the deal, Goldblatt negotiated that a digital replica of his archive be kept in Africa, available to all for educational purposes. That archive formed the basis of the Photography Legacy Project (PLP), which Goodman Gallery established earlier this year with a R1m ($68,000) investment. The Goldblatt family donated a further R250,000 ($17,000).

The PLP has its soft launch this week to coincide with Art Basel in Miami Beach, where Goodman Gallery is showing black-and-white vintage prints by Goldblatt and Ernest Cole, one of South Africa’s first black photojournalists, whose works were discovered recently in a bank vault in Sweden after 50 years. Their photographs are priced at around $20,000 and $8,500, respectively.

Cole’s archive, along with those of Alf Kumalo and Ruth Motau, has also been digitised and stored on the PLP platform. There are plans to upload the archives of four photographers every year.

Goldblatt was “devastated” about removing his archive from South Africa, says Liza Essers, the director of Goodman Gallery who was a close friend of the photographer. “It was his wish to make his material—and that of other photographers—available to the world.”

Before he died, Goldblatt appointed Paul Weinberg, a South African photographer, writer and archivist, as the curator of the project. Weinberg was the senior curator of visual archives at the University of Cape Town at the time Goldblatt withdrew his archive; he has since left, removing his own body of work from the institution.

“David was completely right to call the university into question; he felt very strongly that it wasn’t taking a position on censorship, given South Africa’s very difficult past, and that his work was potentially under threat,” Weinberg says.

Describing the PLP as a “portal to African photography”, Weinberg points out that most collections of this material exist outside Africa. “It is a source of tension and contradiction that we have to go to the Smithsonian [in Washington, DC] or British Museum [in London] to find African material,” he says. “This is a way of bringing our African visual content home without repatriating it.”

As the final batch of Goldblatt’s negatives is due to be shipped to Yale in the coming weeks, Weinberg points out that it will take several months for the university to process the material. “That’s why the digital archive needs to be in place,” he says. “The PLP complements and adds value to David’s legacy.”