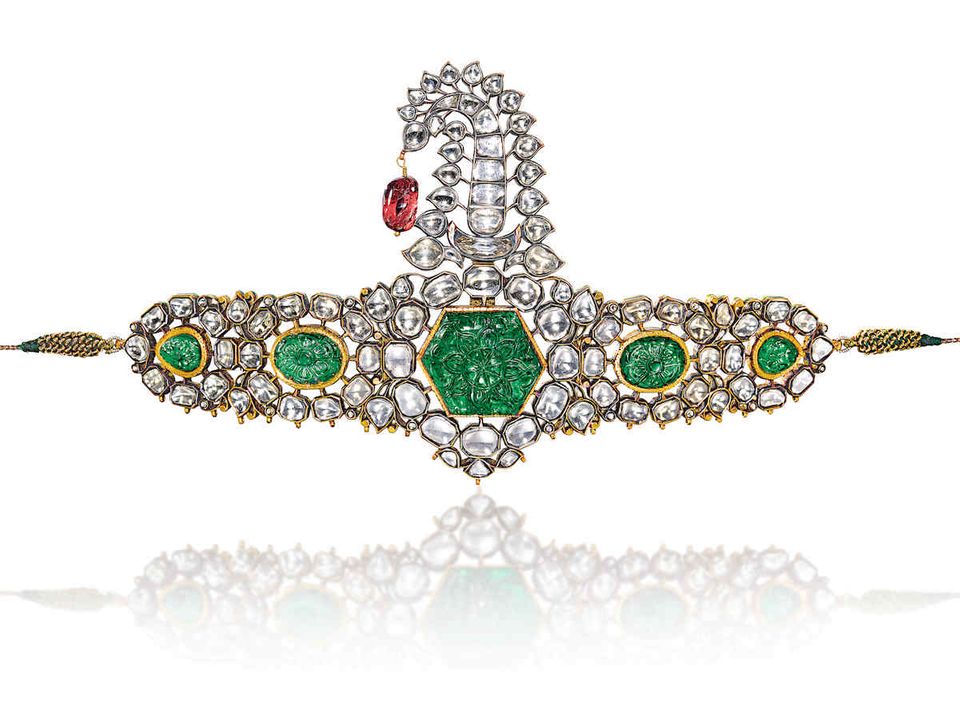 The collector Davinder Toor has added a £350,000 Sikh turban ornament to his collection of around 500 objects and works of art from the glory days of the Sikh Empire before its dispersal by the British. The turban ornament, or sarpech, is studied with diamonds and emeralds and belonged to Ranjit Singh’s famously ferocious army commander Hari Singh Nalwa. It sold for nearly double its estimate of £180,000 at Sotheby’s sale of Arts of the Islamic World last month.

Toor, who was born in London to Punjabi parents and is the founder of a pharmaceutical services business, started his collection after volunteering at a Victoria and Albert exhibition on Sikh arts in 1999. He will continue collecting and hopes to set up a museum of Sikh heritage, he says.

“My goal was to build a collection of Sikh art to construct a narrative that tells the story of a lost empire,” says Toor. As the biggest collection of its kind in the US or the UK, he believes, “it needs to be shared” in a museum after major loans to several exhibitions. Photograph of a Sikh woman included in the book In Pursuit of Empire: Treasures From the Toor Collection of Sikh Art by Davinder Toor Kashi House

The collection includes notable pictures and portraits by German, British and Indian artists from 19th century India and a large photographs section. Highlights include a court scene by an unknown Indian painter from the period of Maharaja Ranjit Singh, under whose leadership the Sikh Empire expanded meteorically to dominate north west India in the early 19th century.

The priciest piece is a gun-howitzer, an artillery piece pulled by eight horses made in the Punjab and captured by the British in the Anglo-Sikh wars. There are paintings of and by the last Maharaja Duleep Singh, Ranjit’s son, the child king exiled to Britain in 1854 aged 15.

“It is rare that artefacts with a direct provenance to a famous ruler and general turn up,” Toor said. He adds, “It was just a fantastic object that was attracting bidders interested in Indian jewellery." He also bought a gold enamelled wine cup and a jade jewel-studded sword scabbard fitting, called a chape.

Toor will speak in London's annual Zee Jaipur Literature Festival at the British Library on a new book of works from his collection, titled Pursuit of Empire: Treasures from the Toor Collection. The conversation will be held with the author William Dalrymple, who wrote the introduction to the book.