Openings and collabs: how dealers are finding reasons to be cheerful 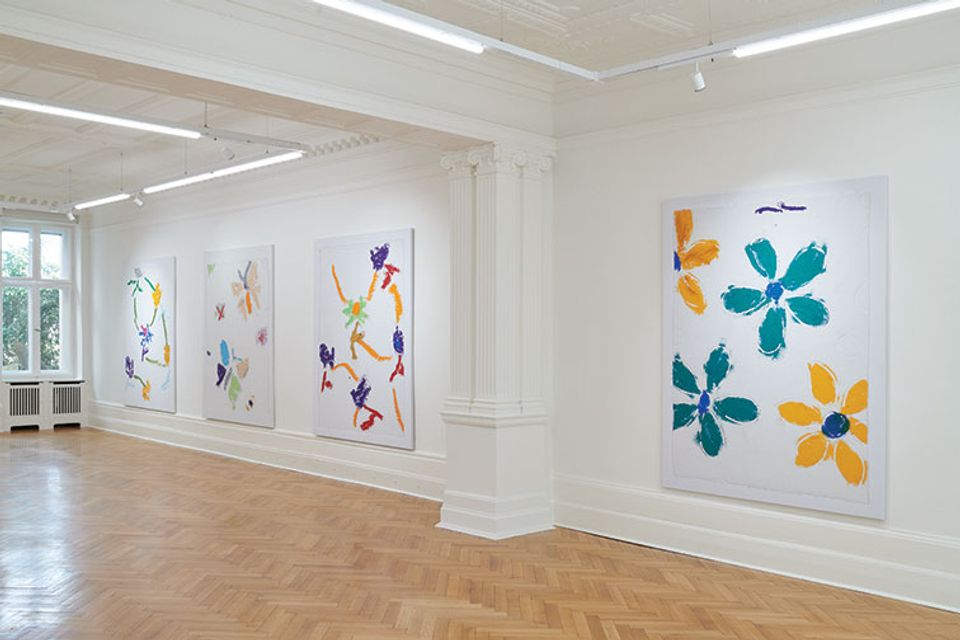 With no fairs for the foreseeable future and restrictions still in place in most countries, defiant galleries across the UK and Europe are making their own fun—and perhaps luck—by forming virtual collaborations and even opening new bricks-and-mortar spaces at this most unlikely of times.

In June, as Belgium was loosening its lockdown, Xavier Hufkens opened a third gallery in Brussels. “Your life is not a rehearsal and you want to live it to the fullest,” he says of the decision. “I’m 55 and this is what I want—I’m not going to be stopped by a pandemic!” The gallery opening had been scheduled and he did not intend to change tack: “I believe we can do this safely.”

Hufkens is not alone. As restrictions lifted in June, Eva Presenhuber opened a new gallery in Zurich, while Hauser & Wirth will open a second gallery in the city on 9 July on Rämistrasse. And Max Hetzler and Société both launched spaces in Berlin in June. All, like Hufkens, decided to take new premises before the pandemic—this is not foolhardy lockdown confidence. “The plan to move the gallery space from Tiergarten more into Charlottenburg has evolved over the last year,” says Daniel von Wichelhaus, the founder and chief executive of Société, which opened its new gallery on 16 June with a Kaspar Müller show—originally intended for Art Basel. “I strongly believe in the physical space of a gallery and the response on the location on Wielandstrasse 26 has really been great.”

Hetzler’s new gallery, his third in Berlin, is housed in the former home of the art dealer Alfred Flechtheim. “We have had many visitors across all spaces; there is an appetite to see exhibitions,” Hetzler says. “There are also collaborative initiatives across Berlin, such as Basel by Berlin and the Sunday Open.”

In London, Modern Art is opening a new space in St James’s, Mayfair, with an exhibition of new works by the Austrian artist Martha Jungwirth on 29 July, while the Niru Ratnam Gallery gallery opened on Carnaby Street last week.

A collaborative spirit has emerged in London, too, thanks largely to the London Gallery Forum WhatsApp group, created initially to share advice in the wake of the UK’s lockdown in March. It has grown to nearly 100 members and formalised into the London Collective, 40 of whose members have joined together on the augmented reality app Vortic, showing digital exhibitions. Galleries taking part range from younger spaces such as Bosse & Baum, Emalin and Arcadia Missa to much bigger operations including Sadie Coles HQ (Coles initiated the WhatsApp group), White Cube and David Zwirner.

The collective has also been discussing plans for October’s Frieze Week with the fair’s team (and whether or not the fair will go ahead), and has elected a committee consisting of Vortic founder Oliver Miro, his mother Victoria Miro, and fellow gallery owners Pilar Corrias, Sid Motion, Tommaso Corvi-Mora and Josh Lilley.

As Corrias says, “Sometimes you need a shock to the system to be forced into change.”

about 8 hours ago
Frieze got Seoul: fair to launch in South Korea next year

about 14 hours ago
Irises: anniversary of Van Gogh’s finest garden picture, painted on his first morning in the asylum