Following her triumph in the Netflix show Blown Away, the artist has a two-week residency at The Corning Museum of Glass 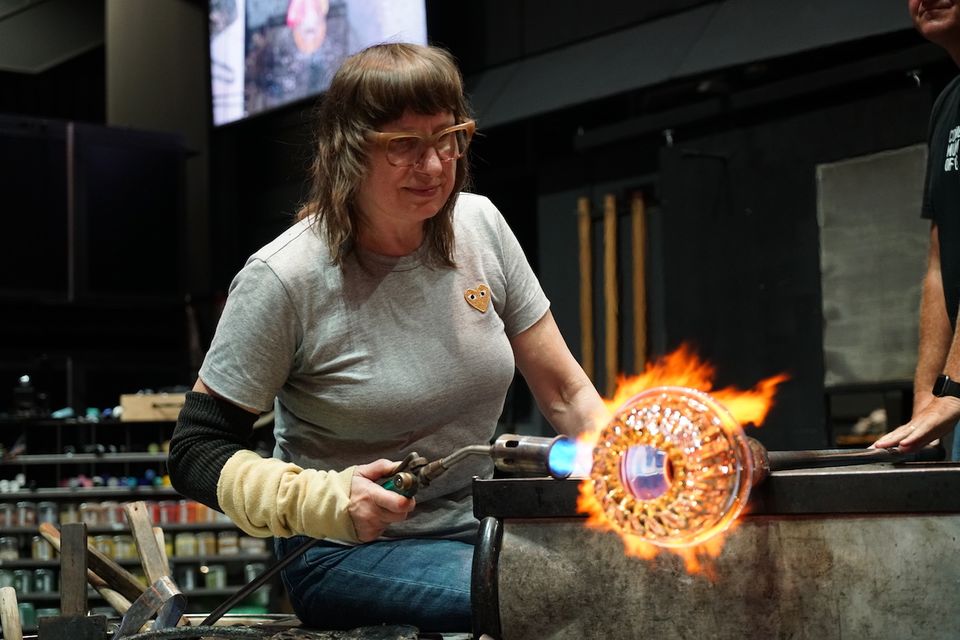 The New York-based feminist glass artist Deborah Czeresko, a 30-year veteran of the practice who sits on the board of the non-profit organisation UrbanGlass, was awarded $60,000 and a two-week residency at the storied Corning Museum of Glass for triumphing on the Netflix competition show Blown Away in July. In the 10-episode series, her final work, Meat Me in the Middle (2019), consisted of a chandelier of meat with a sunny-side-up egg at the centre that highlighted her femininity in the male-dominated field of glassblowing. “While there are more women coming into the glass world now than ever before, it’s important to keep this momentum going and for women to begin occupying a space that’s been historically very macho,” Czeresko says.

When Czeresko began her practice in the early 1990s in New York, she had few female peers or mentors. “The main domain for female glass artists was casting rather than in the physical world of glassblowing,” she says. “Once I visited the factory that fabricated work for Jeff Koons and no one there believed that I could blow glass. They said ‘let’s see it’ and asked me to make a goblet—then the whole factory ran over to watch.”

During her residency at the museum, Czeresko is fleshing out a new conceptual chandelier similar to her prize-winning meat chandelier in its feminist message. When complete, the work will comprise more than 50 mirrored glass pieces of automotive-related ephemera such as hubcaps and a muffler.

Czeresko is also devising smaller, functional pieces that underline the gap in wealth distribution, such as a pill dispenser and a phone cord organiser that are designed like opulent pieces from the Renaissance—the style in which she was first trained. “The niche and style of glass-making in the height of the Renaissance was only available to royalty or the very rich and the pieces were hardly ever used,” the artist says. “I’m creating a modern intercept to that with these absurdist functional objects as a commentary on the rapid changes happening in our society.” 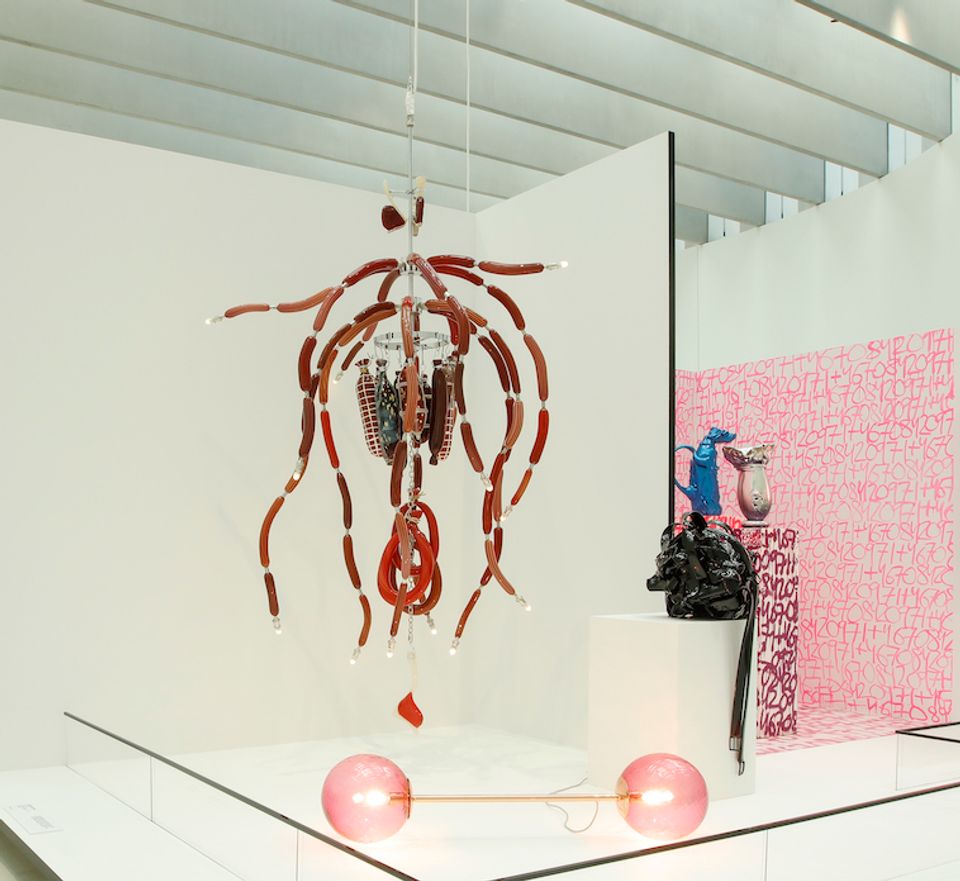 Czeresko has another iteration of the meat chandelier in the New Glass Now exhibition at the museum, a sweeping survey of contemporary glass works of art that includes such artists as Bohyun Yoon, Frederick Nielson and Dustin Yellin. Her work Meat Chandelier (2018) comprises blown glass resembling sausages and other kinds of meat assembled in the style of traditional Venetian chandeliers.

Czeresko says her mission as a glass artist is to not only elevate women’s role in the field but also to elevate the genre in the art world. “Glass still hasn’t surged in the same way ceramics has, but why?” she asks. “Maybe it’s because glass is dominated by artists taking the skill of glass-makers and having the work fabricated for them—be it artists like Rauschenberg, Kiki or Grober—or maybe it’s because some artists haven’t figured out what material is relevant to them. For me, it makes sense conceptually to exist in only one material. To have mastery is the most meaningful part of creating.”