After ten years of research, the city of Cobá is revealing its secrets to archaeologists 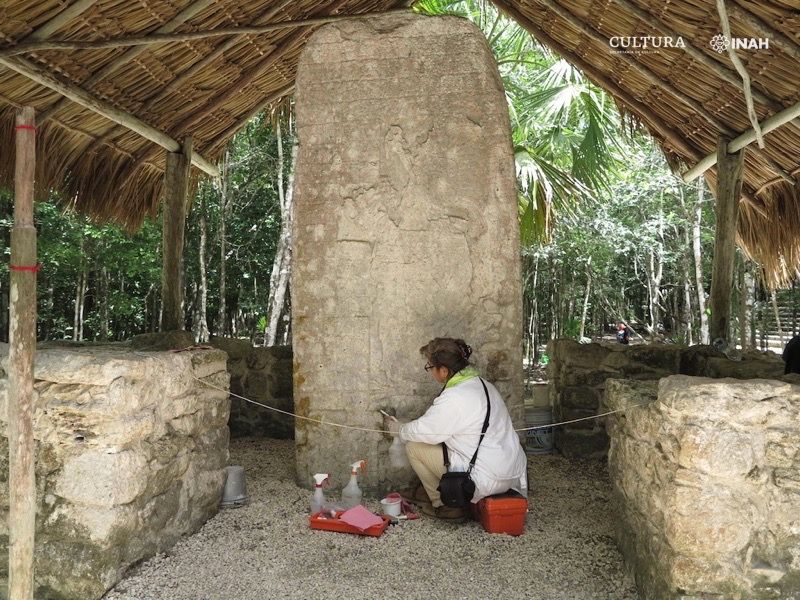 A conservator works on an inscribed stele at Cobá Photo: Mónica López Portillo

After a decade of work, archaeologists have begun to piece together the lost history of the Mayan city of Cobá in Mexico’s Yucatan Peninsula. Despite Cobá’s impressive archaeological remains, spread over a large area, including pyramid-temples and raised roads that connect it to other settlements, scholars previously knew little about the city’s history. Now, a re-examination of Cobá’s monuments by Mexico’s National Institute of Anthropology and History (INAH) has allowed archaeologists to reconstruct a dynasty of 14 rulers that governed the city from around 500 AD to 780 AD, including many of their names. Among them was Ju’npik Tok, the dynasty’s founder, and a female ruler named Lady Yopaat.

“[These] rulers finally have a name, an identity of their own,” says María José Con Uribe, an archaeologist at INAH and the director of the Cobá Project. “This allows us to take the first steps towards a reconstruction of the historical events of this city, who governed it, at what time, and most importantly, allows us to find relations between Cobá and other sites or regions.” 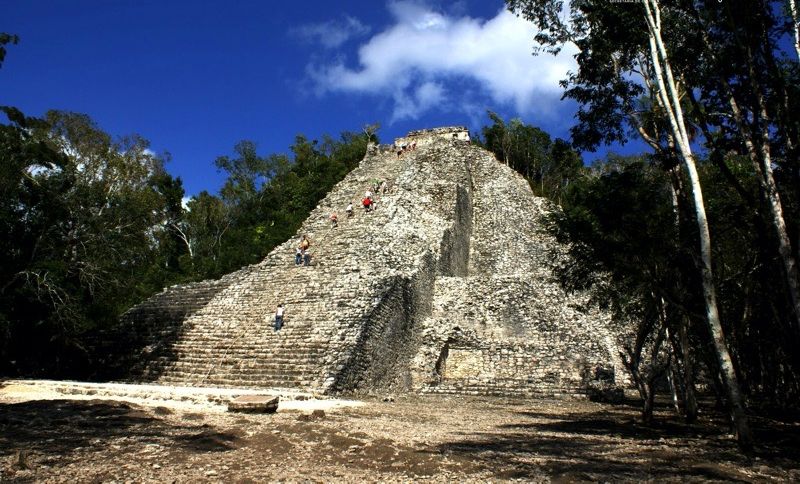 The ancient inscriptions found on Cobá's ruins—the key to any historical reconstruction—were first analysed a century ago, but their badly eroded condition discouraged many experts in Mayan writing from studying them in great detail, Con Uribe says. And there was another problem: “Up until recently scholars assumed there were very few hieroglyphic inscriptions to be read from the cities of the northern lowlands [where Cobá is located], which meant they never tried to find new inscriptions or work very hard to decipher the ones sitting in storage,” says Traci Ardren, an archaeologist and professor of anthropology at the University of Miami. “The northern cities were considered less literate—we now know this is incorrect,” Ardren adds.

To tease out new information from Cobá’s worn carvings, Con Uribe’s team studied the site’s monuments using various methods, from photogrammetry, which creates 3D reconstructions from photos, to casting light from different angles to highlight the shape of glyphs. “It was a challenge to be able to obtain as much information as possible with what we had, with what Cobá offered us,” says Con Uribe, “ten years of work, seeing, photographing, drawing... and finally [we have] this great result.”

Among the discoveries was that one of Cobá's most important rulers was a woman, Lady Yopaat, who is believed to have reigned for 40 years at the start of the seventh century, and strengthened Cobá's power in the region. The ancient city was occupied from around 200 BC through to the 14th century AD, but its heyday was between 600 and 800 AD, when its leaders controlled a large territory and extensive trade routes. During this time, a warrior queen, identified as Lady K’awiil Ajaw, attacked the city of Yaxuná, and built a 100km road, connecting Cobá to the city, which can still be seen today. Women were not usually the leaders of government in Maya society, notes Octavio Esparza Olguín, from the Center for Mayan Studies at the National Autonomous University of Mexico, although other important cities like Palenque or Naranjo did have female rulers.