Even without a $150m-plus headliner, the auction topped rival Sotheby’s by $100m thanks to deeper, more even bidding 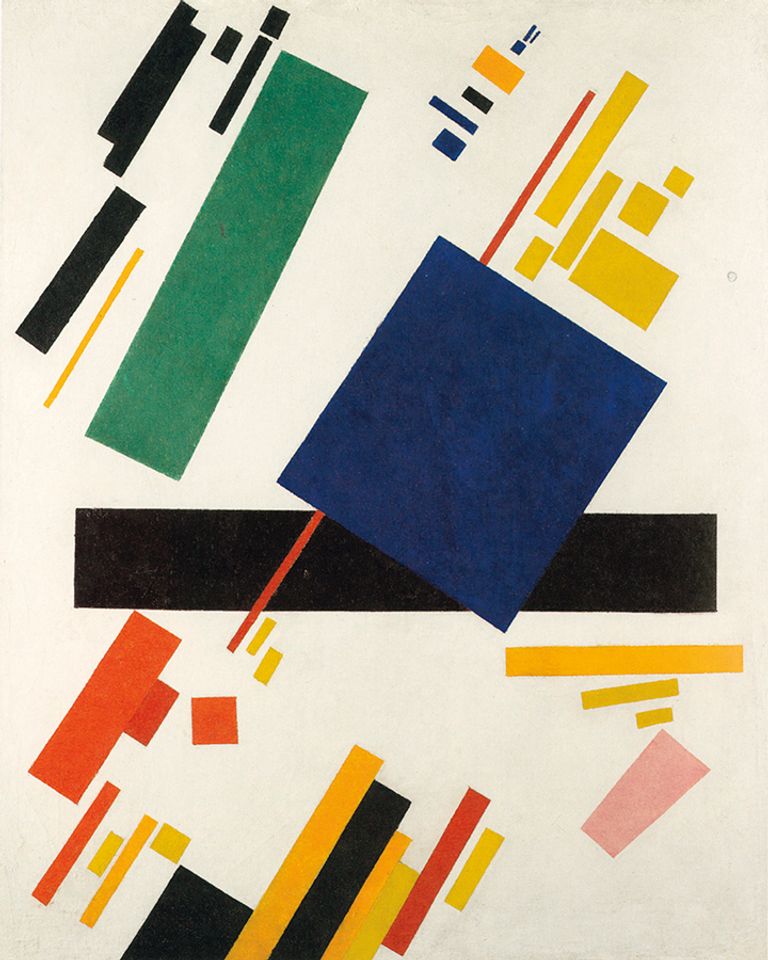 Suprematist Composition (1916) maintained its reign as most expensive Malevich to sell at auction, fetching $85.8m Courtesy of Christie's Images LTD

After Sotheby's anticlimactic season-opening sale in New York on Monday night, which left attendees shrugging as they returned their unused paddles, Christie’s delivered a thumping encore on Tuesday with its evening sale of Impressionist and Modern art, notching up $416m with fees. With confidence buoyed by the white-glove sale of the Peggy and David Rockefeller collection last week, Christie's total surpassed the $289m of a year ago and was deep into the pre-sale estimate of $326m to $450m—even minus Picasso’s Le Marin (1943), which had been guaranteed at $70m but was withdrawn from the sale after being damaged during the preview over the weekend.

One-third of the works sold above their high estimates, and there were just four buy-ins among 37 offered lots. The top price was for Kazimir Malevich’s Suprematist Composition (1916), which set the artist’s record at $60m when it was sold in 2008. This time around, it carried an estimate in the region of $70m and realized $86m with fees. It sold, after a sporting tussle with Alexander Rotter, Christie’s co-head of the post-war and contemporary department, to dealer Brett Gorvy, of Lévy Gorvy, bidding on behalf of a client. 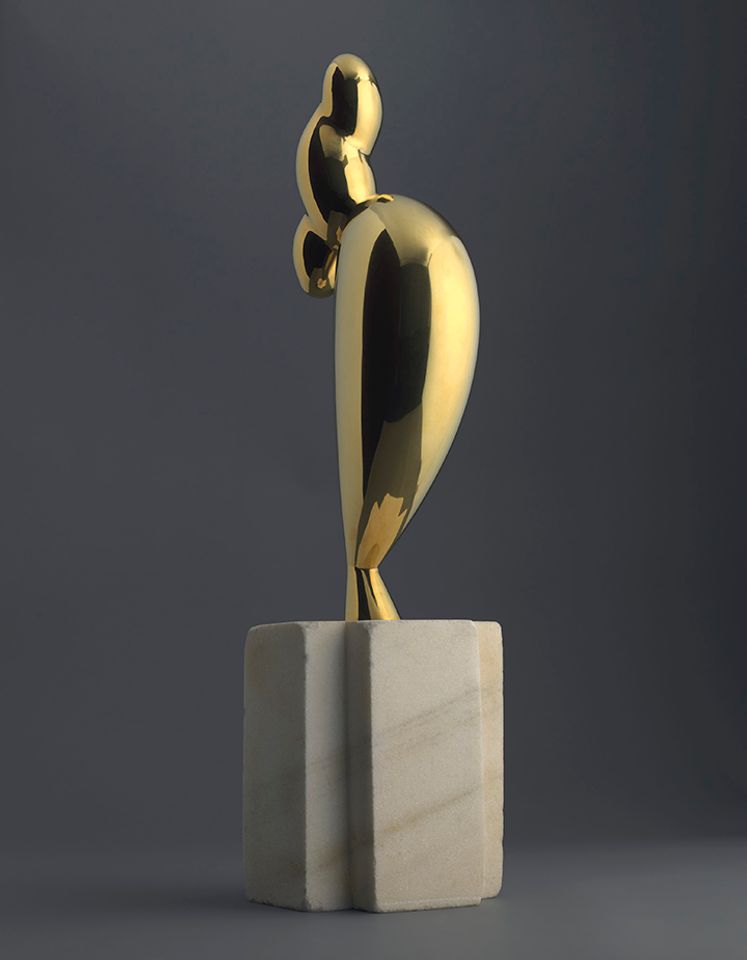 Not far behind the Malevich, and tagged with the same estimate, was Constantin Brancusi’s shapely brass sculpture on a carved marble base, La jeune fille sophistiquée (Portrait de Nancy Cunard). Cast in 1932, the unique work was acquired by Elizabeth and Frederick Stafford directly from the artist in 1955 for $5,000 and has been held by the family ever since. The phone bidding volleyed between Maria Los, director of client advisory, and Rotter’s co-head of contemporary, Loïc Gouzer, until he prevailed at $63m at the hammer, or $71m with fees, another artist record. One of four guaranteed lots in the sale—all via third parties—it was a gamble that paid off, even considering that the previous high for a Brancusi bronze had been set at $57m in the same saleroom a year earlier. 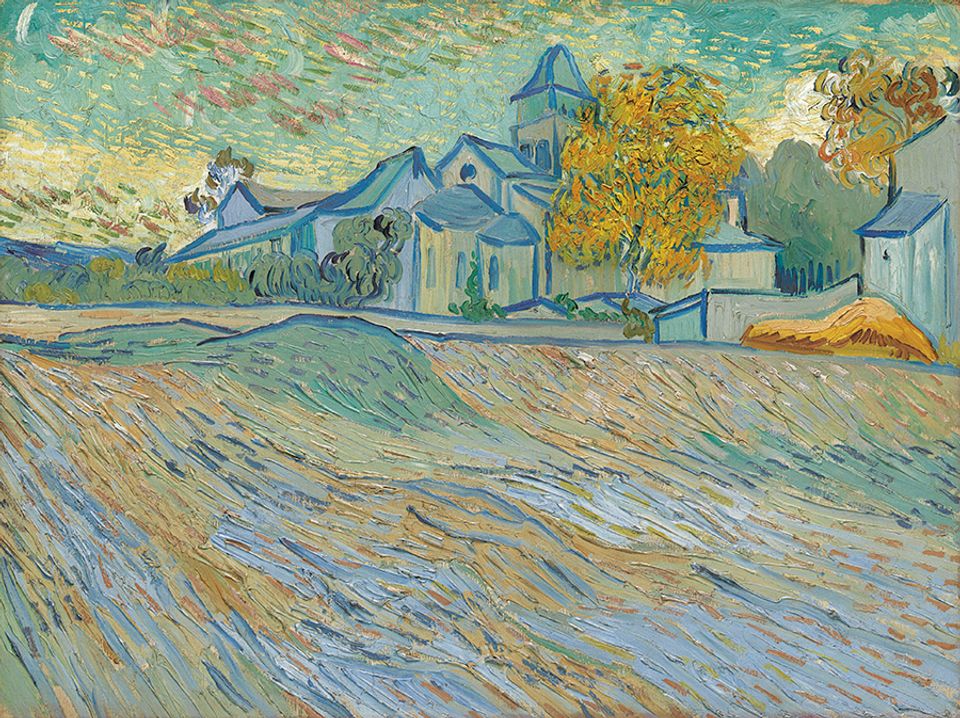 It was enough to make a Van Gogh landscape that had been owned by Elizabeth Taylor, Vue d’asile et de la Chappelle Saint-Paul de Mausole (Saint-Rémy) (1889), feel a bit like a letdown. With auctioneer Adrien Meyer starting low at $24m, a three-way contest only just put it over the low end of its $35m to $55m estimate, for a final price of $40m. Worth remembering, though, that the picture had last sold for less than half that—$16m—in 2012.

The quality and provenance offered by two private collections—from Dr. and Mrs. Jerome S. Coles and Joan and Preston Tisch—yielded perky results in the Impressionist category. Late in the sale, one of the Coles works, Monet’s Le Pommier (1879), attractively estimated at $1.5m to $2.5m, sparked a rush of bids on its way up to $7m with fees. The updraft helped propel the Coles’ Édouard Manet, L’Italienne (1860), well beyond its $3m to $5m estimate, ultimately selling to Andrew Fabricant of Richard Gray gallery for $11m with fees. “I didn’t buy it for stock”, he said on his way out of the saleroom, but declined to reveal his client. 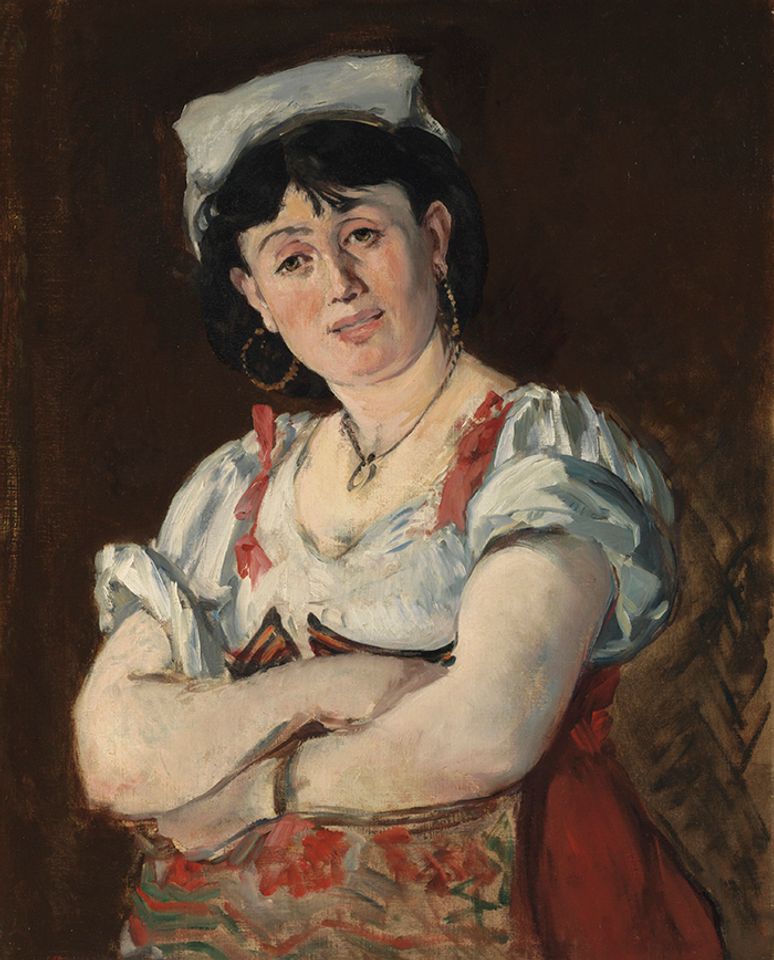 Among participants from 35 countries, Asian bidding was active but not as aggressive as in seasons past; in fact, representatives from Christie’s Asia were often challenged in phone wars by colleagues from the contemporary department. Gouzer, who helped reel in the Malevich for the sale, says such cross pollination is natural. “Everything we [in the post-war and contemporary department] sell springs out of this big bang of Modernism. You can follow a line from Mondrian to Malevich to Ad Reinhardt, Barnett Newman. We are starting to see a ping-pong reaction, with collectors moving back and forth between the two.”

Melanie Clore, of the London advisory firm Clore Wyndham, confirms a pattern in recent years of collectors seeking “works of great quality first and foremost, irrespective of when they were created.” Although those buyers have tended to move forward rather than backward in time, she adds that above-par results for 19th-century works from the Coles and Tisch collections show that “the market continues to be discriminating, yet there is strong demand and deep bidding when the works are of good quality, fresh to the market and attractively estimated.”

With additional encouraging results for Picasso, Miró, and Alberto Giacometti, the auction ironed out the wrinkle introduced by under-performers the night before and set expectations high for the ensuing post-war and contemporary sales at Sotheby's, Christie's and Phillips on 16-17 May.