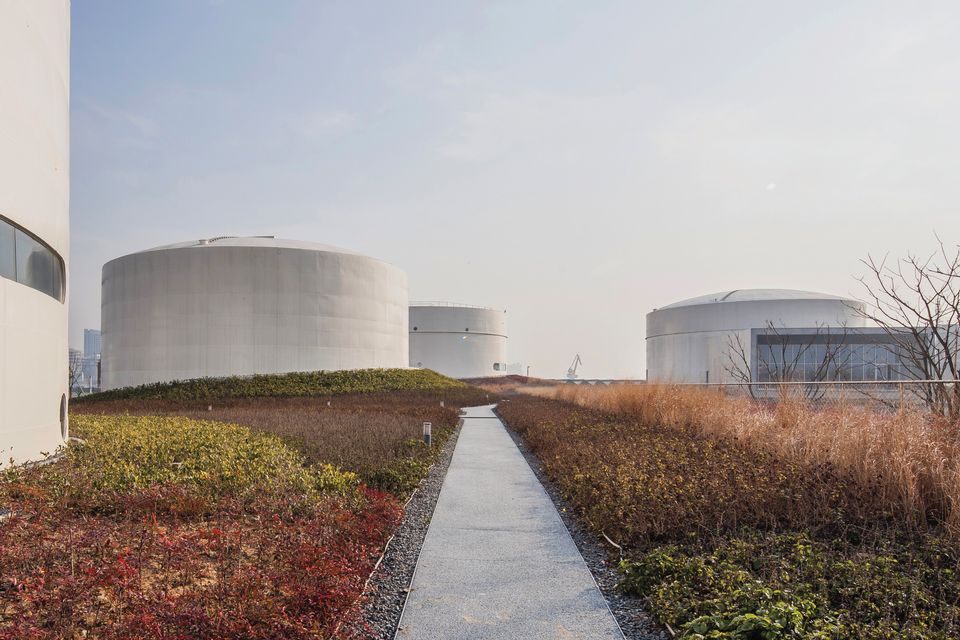 The five rotundas of Tank Shanghai, the hotly anticipated private museum of the entrepreneur and art collector Qiao Zhibing, open on 23 March with a trio of exhibitions. The cluster of converted oil tanks on the West Bund waterfront of Shanghai’s Huangpu river hosts a giant interactive digital waterfall installation by the Japanese multimedia collective teamLab, a solo show for Argentina’s Adrián Villar Rojas and a group exhibition of mostly male Chinese artists (until 24 August). A massive Theaster Gates exhibition is in the works for March 2020. “The space’s possibilities are the museum’s specialty,” Qiao says. “Artists like the space and want to work with it.”

Qiao, who owns an upscale karaoke club and a collection including works by Martin Creed, Olafur Eliasson and Zeng Fanzhi, has been planning Tank (Youguan Yishuzhongxin in Mandarin) for more than four years. “When [the state-backed development group] West Bund started seeking to install museums here, they invited me, and I chose the oil tank space,” he recalls. “Construction started in 2017, after a lot of preparation”, based on designs by the Beijing-based firm Open Architecture, which also designed the dramatic new seaside museum UCCA Dune.

Tank was expected to open last November, but was delayed by a government AI conference held in West Bund spaces in September, which shut down construction for a month.

The museum’s buildings span around 10,000 sq. m, of which Qiao estimates that 60% can be used as exhibition space. The rest of the 60,000 sq. m riverfront plot will be public space administered by the government, which could display public art and sculpture. “I have no other partners besides the government, but they are just [managing] the surrounding park area and have nothing to do with the financing,” Qiao says. “That all comes from me. I don’t want to say how much, but it was a lot of money.”

The three tanks closer to the river are connected by a new building, while two free-standing tanks by the road will be used as a clubhouse and space for special events, Qiao says. He intends to continue using the smaller Qiao Space, housed in the West Bund Art and Design Centre since 2015, for projects such as the current show of the Beijing-based artist Liu Chuang (until 12 May).

The space’s possibilities are the museum’s specialty. Artists like the space

Tank’s opening programme reflects a long-term vision that is “both Chinese and international, and contemporary”, Qiao says. Tickets for the teamLab installation are priced at RMB120 ($18) due to the production costs and likely popularity, but “otherwise I want tickets to be more accessible”, he adds.

In the group show Under Construction, Hu Xiaoyuan is the only woman among 13 artists, including Jia Aili, Zhang Xiaogang and Xu Zhen. Qiao seems less concerned with ensuring gender parity in the artists he shows. “I didn’t deliberately seek out female artists. Actually, there are a lot of good male artists in China; I could do a show of 30 male artists I know with no problem.”

The exhibition was initially organised by the Beijing-based curator and critic Li Bowen, who left the project after being accused of sexual misconduct last year. Qiao anticipates that Tank’s curation “will continue to not be just one person, but rather bring in a lot of people and ideas”.

Qiao has plans to acquire works from Tank’s exhibitions, but for now the museum does not have its own collection. He observes that a lot of Chinese museums must learn by doing amidst an evolving legal landscape. “For Chinese museums, nothing is tax free, nothing has special status. That should change in the future, it is all developing.”