Ed Ruscha, Yael Lipschutz and Tristan Milanovich have resigned over the decision to launch the sculpture biennial in Al-Ula next year 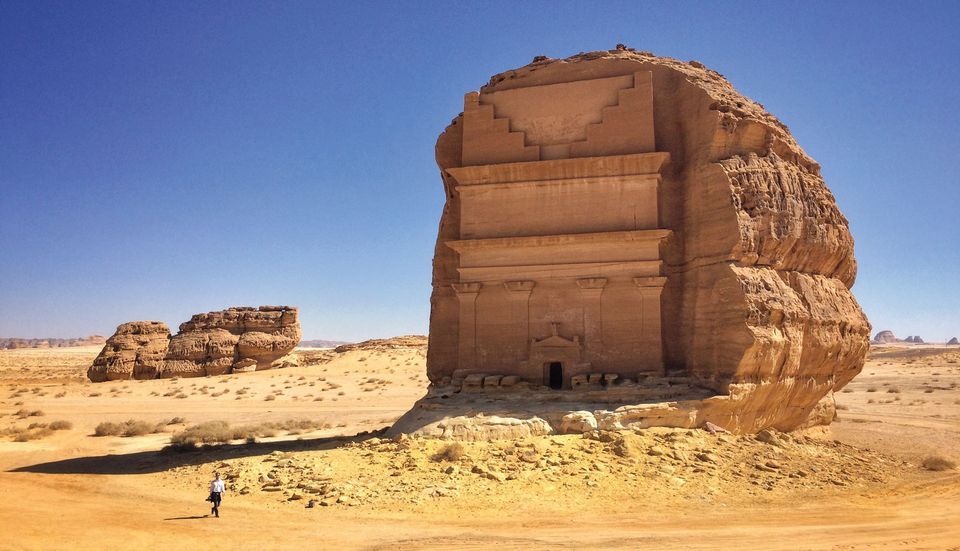 A new version of the Desert X sculpture biennial, which launched in the Coachella Valley in California in 2017, will take place next year in Al-Ula in northwest Saudi Arabia (31 January-7 March). The contemporary art exhibition, known as Desert X AlUla, will be organised in collaboration with the Royal Commission for AlUla, the Saudi governmental body led by Crown Prince Mohammad bin Salman.

According to the Los Angeles Times however, three of the 14 members on Desert X’s board of directors—artist Ed Ruscha, the art historian Yael Lipschutz and the stylist Tristan Milanovich—have resigned over the decision.

Lipschutz said this is “about striking a deal with a national government that has committed a horrific genocide in Yemen, that is completely undemocratic and that has an appalling record of discrimination against the LGBTQ community,” the newspaper reported. We contacted all three for further comment but did not receive an immediate response.

Desert X founder and board president Susan Davis defended the collaboration, telling the Los Angeles Times that this is as an opportunity to generate “a new dialogue, one that reaches across boundaries and borders”, stressing that the majority of the board voted to pursue the project.

Participating artists are due to be announced for Desert X AlUla; a project statement says that the exhibition will bring together artists from Saudi Arabia, neighbouring regions and the world. The curators are Desert X director Neville Wakefield along with the Saudi curators Raneem Farsi and Aya Alireza.

Earlier this week the Royal Commission for AlUla outlined its “cultural manifesto” for the region drawn up in collaboration with the French government as part of a ten-year agreement signed on 10 April last year. The manifesto will be launched at the AlUla Wonder of Arabia show opening this week at the Institut du Monde Arabe in Paris (9 October-19 January 2020), which presents “20 years of research on this spectacular archaeological region”.

According to the manifesto, museums, archaeological digs and conservation projects will launch in the region under Crown Prince Mohammad bin Salman’s plan to develop the area, home to the country’s first Unesco world heritage site (Hegra), into a cultural tourism destination.

Museums planned include the Black Basalt Museum based on AlUla rock formations. The old town of AlUla will also be conserved while an area called the Valley of the Arts (Wadi AlFann) will house an “ambitious collection of monumental commissions”.